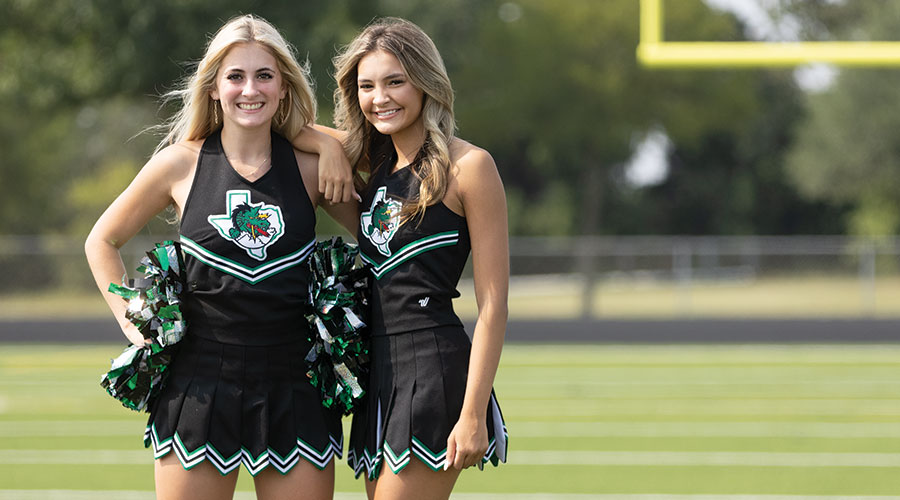 Olivia MacLeod and Macey Robbins spent the last part of their summer vacation teaching elementary school children the fundamentals of cheerleading at the annual Dragon Cheer Summer Youth Clinic, a program that spanned four days in the first week of August.

In a football-centric community, it’s important to start them young, and that includes the sideline spirit leaders. It’s difficult to imagine Friday night football without the motivating chants of the cheer squad. They are as essential to the tradition of the game as a tailgate or a homecoming mum.

The two besties have been connected by pompoms since they were 7 or 8 years old. They are Southlake Carroll’s varsity cheerleading co-captains because together, through all the years, they have stood out as enthusiastic and dependable leaders, on and off the field.

“I love that Olivia is my partner in this,” Robbins says of her and MacLeod’s appointments as captains. “Our personalities as leaders complement each other so well. I was so happy when we found out.” 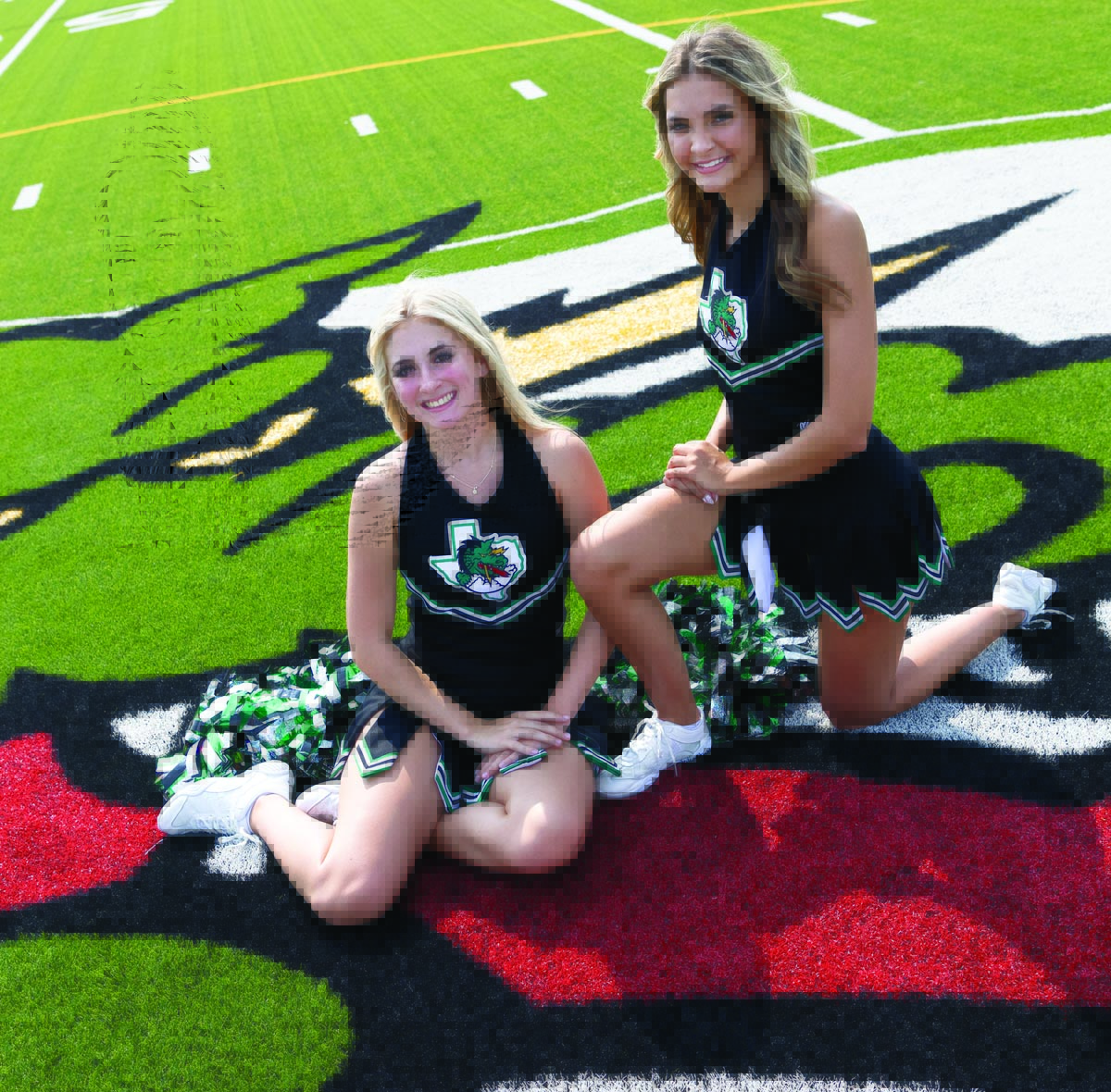 Lots of memories have been made wearing the green-and-black of Southlake Carroll, including experiencing a championship game last season. 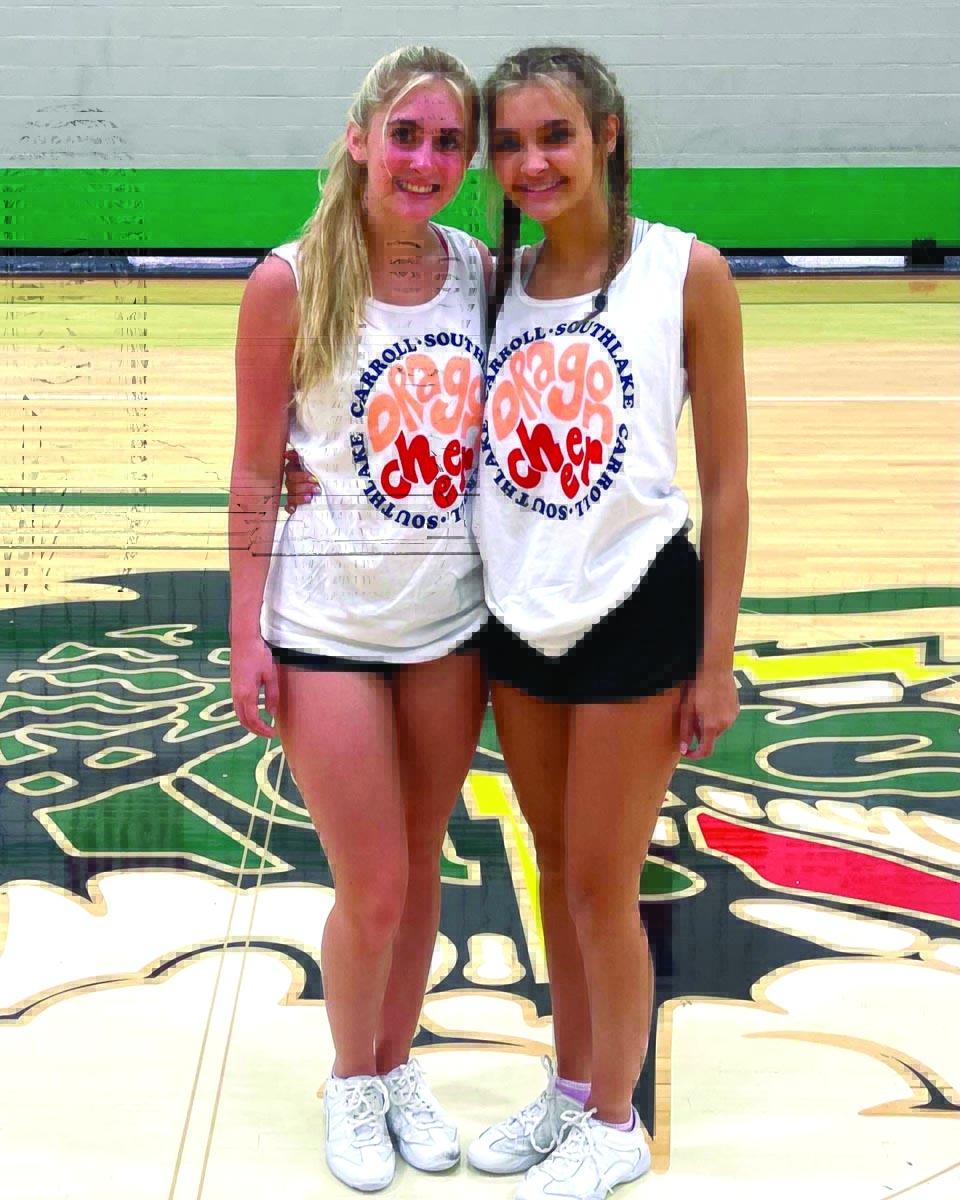 The two laugh hysterically — they do that a lot, by the way — when thinking about how they met. They enjoy each other’s company so much, in fact, there’s little doubt that they’ll still be close friends decades from now. But it was more than fate that brought them together as young girls at a cheerleading camp at Walt Disney World in Orlando, Florida. Their mothers had conspired to have them room together while there.

“We were trapped in the same room,” Robbins says, laughing. “Our friendship took off from there. We realized how alike we are.”

However, here they were competing to be the captain of the cheerleading squad.

One doesn’t simply become a captain by fiat from on high. The process of selecting captains is a rigorous one. Teachers are involved; the sponsor is involved; and there’s a team vote.

As they say in football, it’s a process, which also includes a written essay from the candidates.

Robbins says in her essay that she embraced and took on the role of captain for her cheer squads “any chance I could since middle school,” growing personal skills each time. She not only gained confidence but learned the meaning of perseverance and hard work.

“I love to be in a leadership position, because I like to help and guide people to be the best person they can be,” says Robbins.

MacLeod recalls writing that though this would be her first formal leadership role, she believed she had the “character traits that align with what a leader should be,” particularly as a listener. She went on to describe herself
as having been a “behind-the-scenes leader” in the past.

“I like to make people feel included. There are juniors and seniors on varsity. I want the juniors to feel comfortable talking to me. Same with JV. I want them to be able to come talk to me.”

The football season that kicks off Aug. 26 against Highland Park at AT&T Stadium in Arlington will be their last as cheerleaders. Neither plans to continue on at college.

Robbins is unsure where that will be, though she has plans to study interior design. MacLeod is leaning toward Texas A&M and eventually nursing school. The Aggies, of course, employ only male cheerleaders, though the school does have an all-female competitive team.

But the women aim to extend their cheer careers a little longer in their final season. While the University Interscholastic League’s state football playoffs culminate with the state championship games in December, the UIL spirit championships are in January.

The Dragons finished third a year ago in the Class 6A Division I bracket. Carroll takes 30 cheerleaders to the competition, with the 23 varsity cheerleaders and the junior varsity squad competing for who gets to go. The captains are confident the team they take will be more than capable of placing even higher.

Despite the pressure, it’s all fun: The football games, the UIL championships. It’s cheerleading.

“Olivia and Macey are enthusiastic and have wonderful, positive attitudes in all situations,” says Julie Cox, the cheerleading sponsor. “I can always depend on them. They perfectly balance the times to have fun and when it is time to get to work.”

“We’re always laughing at practice with other teammates. Practice is never dull with any of them. When things need to get serious, they get serious,” says Robbins.

The co-captains will make sure of it. 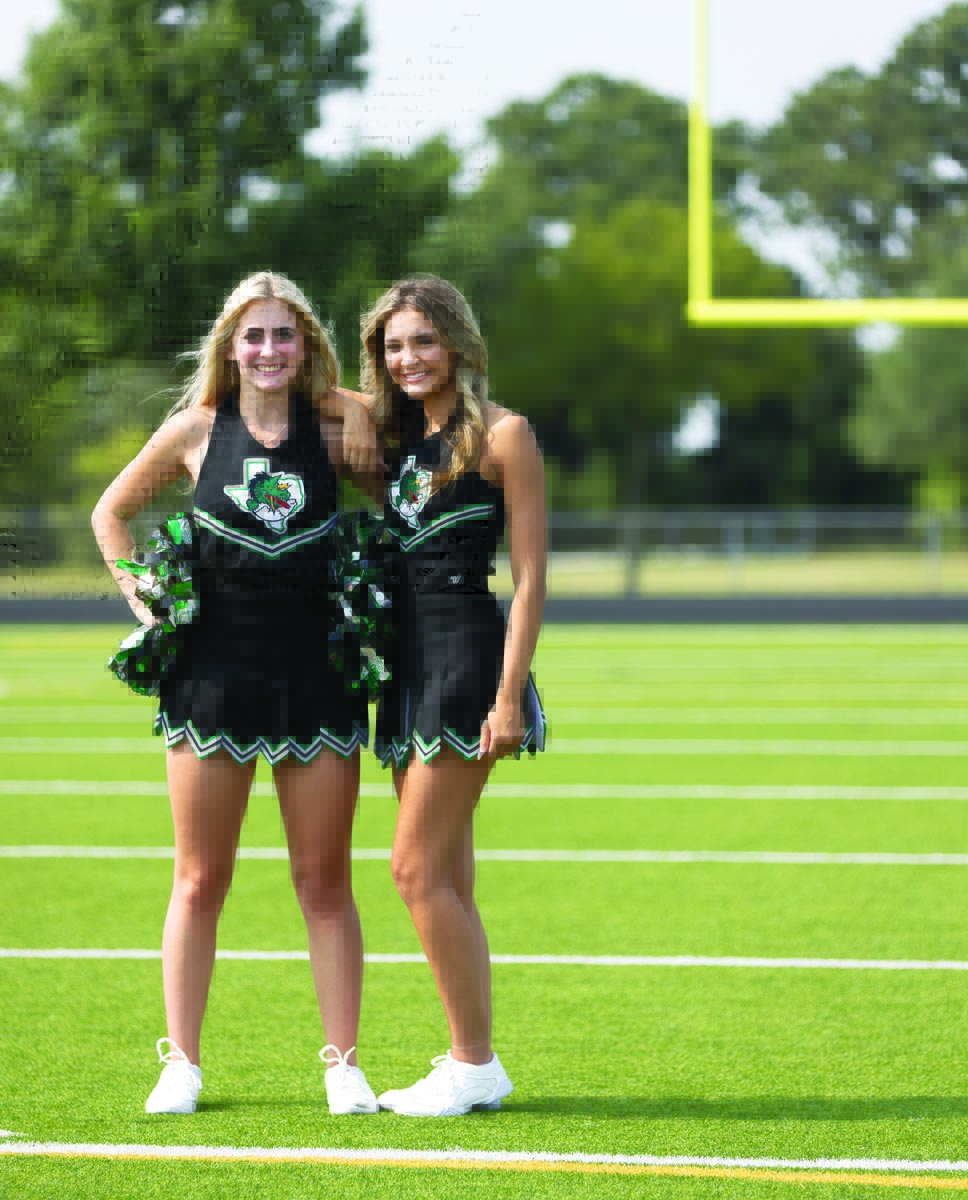 Olivia MacLeod and Macey Robbins got an early start to their friendship and cheer careers. The seniors are co-captains of this year’s varsity squad.