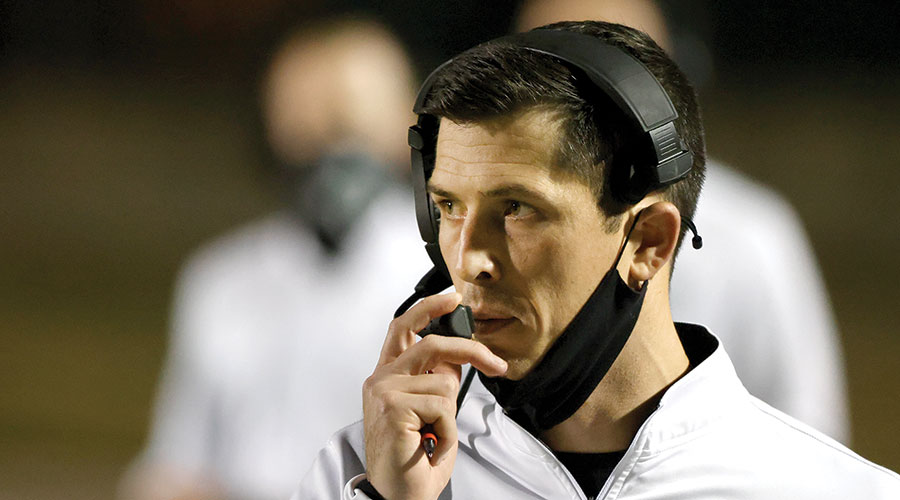 The State of Class 6A

The Carroll Dragons have their eyes set on state, though the road there figures to be tougher than they once thought. While quarterback Quinn Ewers departing early for Ohio State has altered the outlook, don’t count the 2021 6A state finalists out just yet.

“With Ewers, I think Carroll is a top five-type team in the state, definitely not a lock for a state title but one of the primary contenders,” says Matt Stepp, Texas high school football insider for Dave Campbell’s Texas Football. “Without Ewers, the Dragons drop to a top 10-type team in the preseason but are still on the short list of title contenders.”

The Dragons made an unlikely run to the state championship last season, prompting some to forecast that this could be the year Carroll’s title drought ends. They won the last of the program’s eight state championships in 2011.

Texas Football had the Dragons at No. 3 in this year’s preseason poll behind top-ranked defending champion Austin Westlake, headed by former Carroll coach Todd Dodge, and No. 2 Katy. That ranking, obviously, had Ewers in the Carroll fold.

“I don’t believe this was going to be a great Carroll team even with Ewers,” Stepp says. “The historically great Carroll teams were prohibitive favorites to win state titles those years and consensus preseason No. 1-ranked teams. Carroll, at best, is still behind Austin Westlake in nearly every preseason poll.”

With the split-division playoffs in 6A based on enrollment, it’s practically impossible to predict which bracket a number of teams are headed to in the postseason.

As many as 12 teams could be in either the large or small division in a projected top 25.

Carroll, Westlake and Katy are included in that bunch. The top contenders, according to Stepp, could be in either division.

“Duncanville and Galena Park North Shore are going to be forces as well,” he says. “If you are looking for dark-horse candidates to emerge, the Division II bracket could be the place to look, where teams like Rockwall-Heath, Denton Guyer and [League City] Clear Falls are lurking, especially if all the heavy hitters go Division I.”

It’s gotten tougher and tougher. Schools are growing, enrollment is getting bumped up at a lot of places, so it’s a solid district all the way around. You don’t have a week off. That’s what you want.
CARROLL COACH Riley dodge

Rockwall-Heath is on Carroll’s nondistrict schedule, along with No. 9 Arlington Martin and Prosper. The Dragons open the season Aug. 26 against Class 5A No. 4 Highland Park at AT&T Stadium in Arlington.

As usual, Carroll ramps up for district with a killer slate.

“We have one of the tougher nondistrict schedules in the state of Texas,” says Dragons coach Riley Dodge. “We’re going to be tested right out of the gate with Highland Park, Heath, Prosper and Arlington Martin. All of those teams went super deep in the playoffs, and that’s what you want. We want a tough nondistrict to get ready for district.”

Carroll swept through District 4-6A last season, going 6-0, and many expect a repeat title. Eaton of the Northwest school district, Byron Nelson of Trophy Club and Keller Timber Creek also made the playoffs.

“Carroll is absolutely still the favorite in 4-6A,” Stepp says. “Haslet Eaton, which made the third round of the playoffs last year, is still a distant second to Carroll, in my opinion.”

The district schools have been together for four years since realignment. The coaching staffs have also remained largely intact, so schematically there figures to be few surprises during district play.

That doesn’t mean that the Dragons expect a cakewalk into the playoffs.

“It’s gotten tougher and tougher,” Dodge says. “Schools are growing, enrollment is getting bumped up at a lot of places, so it’s a solid district all the way around. You don’t have a week off. That’s what you want.

“All in all, it’s a very competitive district. A lot of kids know each other since there’s a close proximity to all schools. It’ll be a good challenge for us.”

The ultimate challenge doesn’t change, either. That Carroll has gone more than a decade since last reaching the Texas high school football pinnacle doesn’t mean the program has fallen behind the big boys in the state.

Competing at the highest level isn’t for the meek.

“It just speaks to how hard it is to win a state title in the state’s largest classification,” Stepp says. “It’s the toughest playoff bracket in the country.”