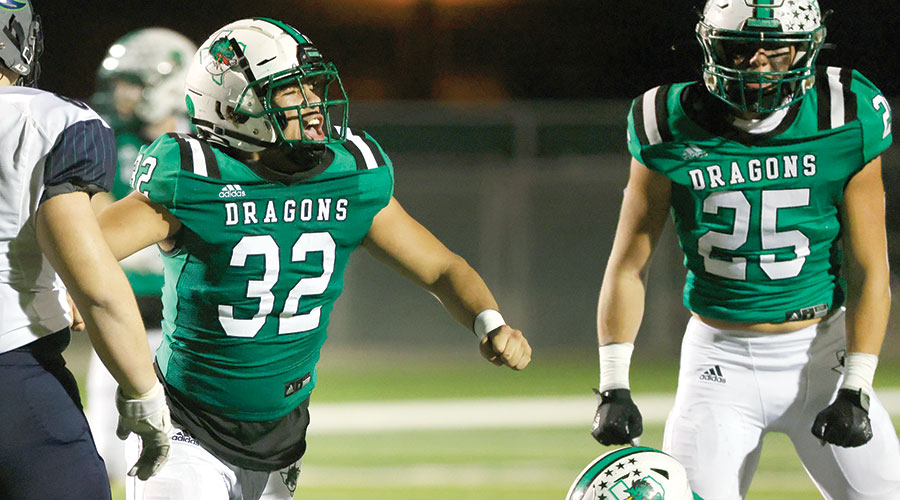 The ‘D’ in Dragons

With most of the starters returning from last year, expect Carroll’s defense to make some headlines. And to help win games.

When it comes to Carroll football over the years, the attention getters tend to have the football in their hands. The lineage of quarterbacks is legendary; the guys finding the end zone seem to get all the love. 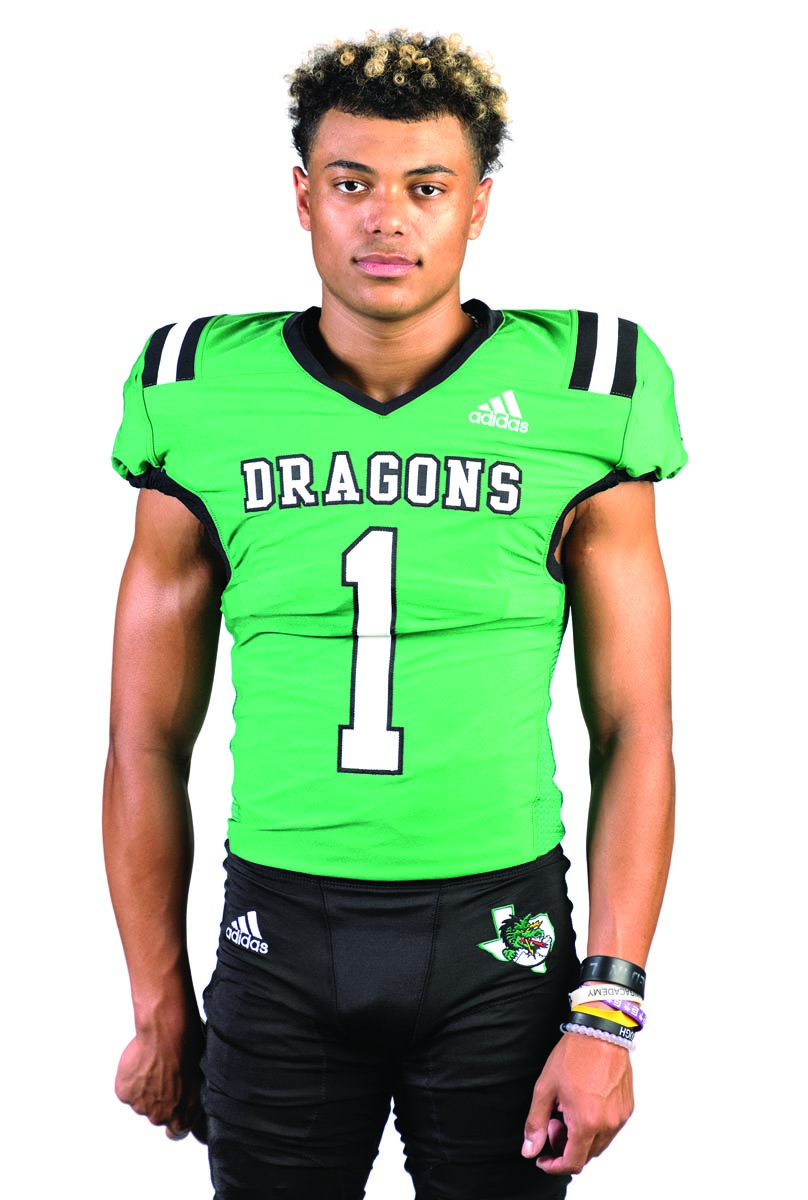 Avyonne Jones says the defense always has a lot to prove and is counting on their experience to help them live up to high standards.

And while that’s not likely to change anytime soon, those lining up on the other side of the ball take pride in defense and aren’t about to be undersold.

“We love it,” says senior defensive back Avyonne Jones. “It’s another one of those things where we always feel we have something to prove. It’s a huge motivator for us. There’s never going to be a time when you’re going to see a [news] article and Southlake’s defense is going to be the headline.

“We want people to hold us in the same respect that they hold our offense, and it’s something we’ve been working on a lot.”

The Dragons return almost the entire defense. A year after replacing all 11 starters, Carroll brings back talent, depth and experience at every position group.

“I’ve never been a part of a team that had more than six returning starters,” says Lee Munn, the defensive coordinator. “It’s good that we had that experience last year. We kinda took our lumps early, but we’re excited. And it’s not all seniors who are going to be playing. We have some good sophomores and juniors who are going to be playing as well.”

Having veterans means not having to spend as much time on teaching. It’s more about reacting. There’s an understanding of the defense to go along with actual game experience.

Jones, who has committed to playing college ball at Wisconsin, talked about knowing the defense and being able to execute without thinking. The ability to play freely and instinctually can only be a positive for a group that is potentially taking on a larger role with so much uncertainty on offense.

That’s a huge task for a team with high hopes. The Dragons who logged serious playing time on varsity for the first time in 2020-21 now have a true feel for what to expect.

“We still have a lot to prove,” Jones adds. “Even though we have a lot of guys coming back, we still have very high standards here in Southlake no matter what. I feel like we have the experience, and that’s something that’s really going to help us this year.

“We have a lot of guys who have seen it now. We don’t have 11 brand-new guys. They’ve seen the speed of the game; they’ve learned the coverages. I think that gives us the opportunity to come out and start our season really strong.”

The defense had its growing pains early last season, giving up a whopping 101 points through the first two games. Carroll’s defense settled in once district play started. Only one league foe (Eaton) scored more than 21 points as the Dragons went 6-0 in district.

“The expectation for us coming

in is to start a little faster than we did last year just with all the returning players that we do have,” Munn says. “We set a pretty high standard, and our kids have done a good job of trying to live up to that.

“They understand that last year what we put on the field sometimes defensively wasn’t what our brand wanted to be about. I feel they have a little bit of a chip on their shoulder, and the expectation is Week 1 to be playing well.” 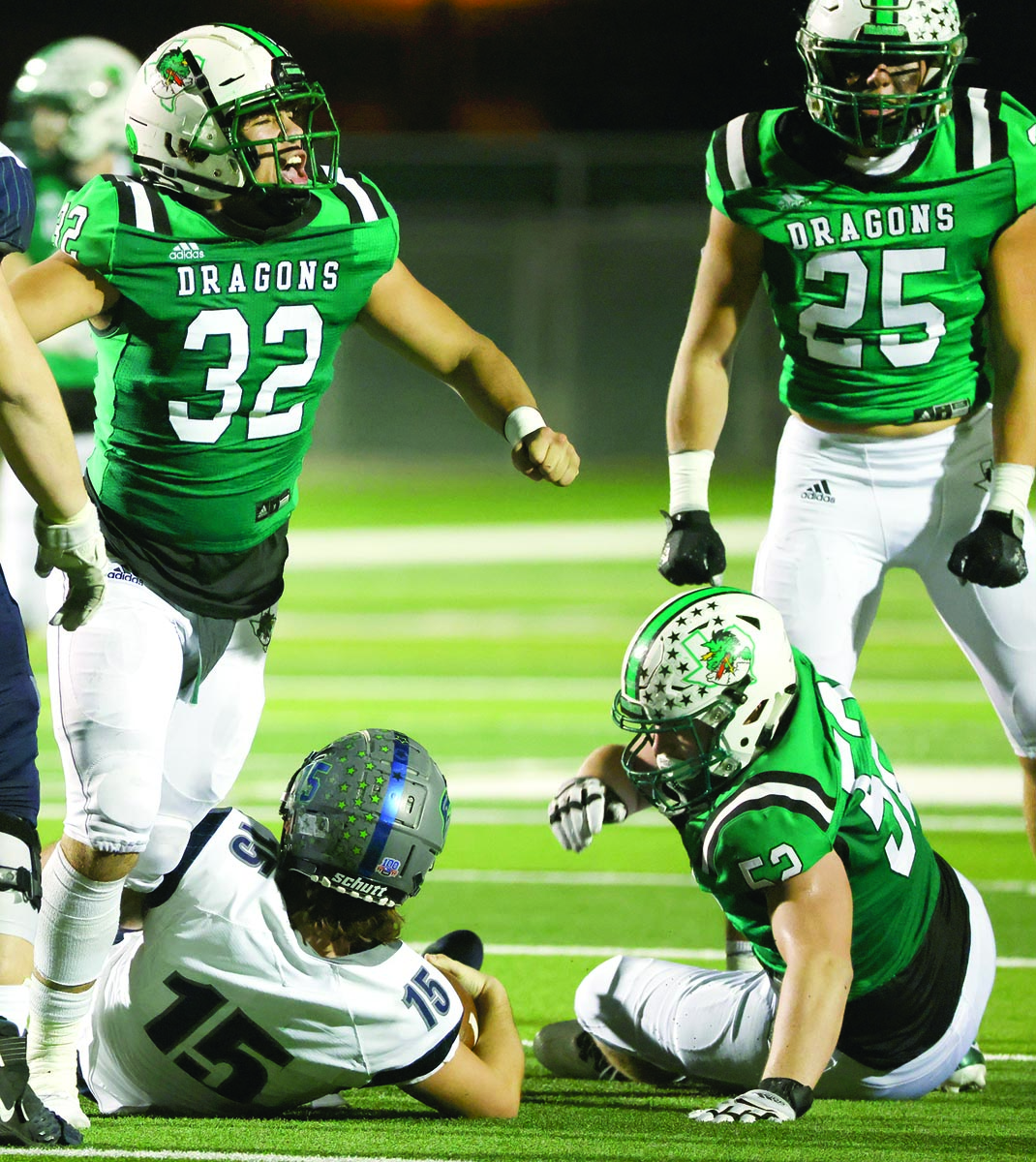 “We have a lot of kids who maybe didn’t play last year but were with us and have gone through it, so there’s a huge difference,” Jones says. “Sure, there’s 11 starters, but if you go back and look at all of our games, we had new kids playing at every single position. From a depth standpoint, it’s not just about the starters. We feel that our 1s, 2s and 3s are ready to step on the field.”

The Dragons play out of a 4-2-5 scheme defensively but will also utilize three linebackers at times. The attacking style is grounded in discipline and an understanding of roles.

“The foundation of what we do is effort, and I think we’re going to put 11 guys on the field who give great effort and play great technique, and hopefully do that for four straight quarters,” Munn says.

The Dragons do have statistical objectives defensively they hope to reach with each game and over the course of the season. And while it’s something to shoot for, the bottom line remains the final score. Whether it’s a shootout or a shutout, it’s about finishing on top.

“Absolutely, we have goals,” Jones says. “They’re up all over our team room, but at the end of the day our goal is to do everything we need to for us to win.” 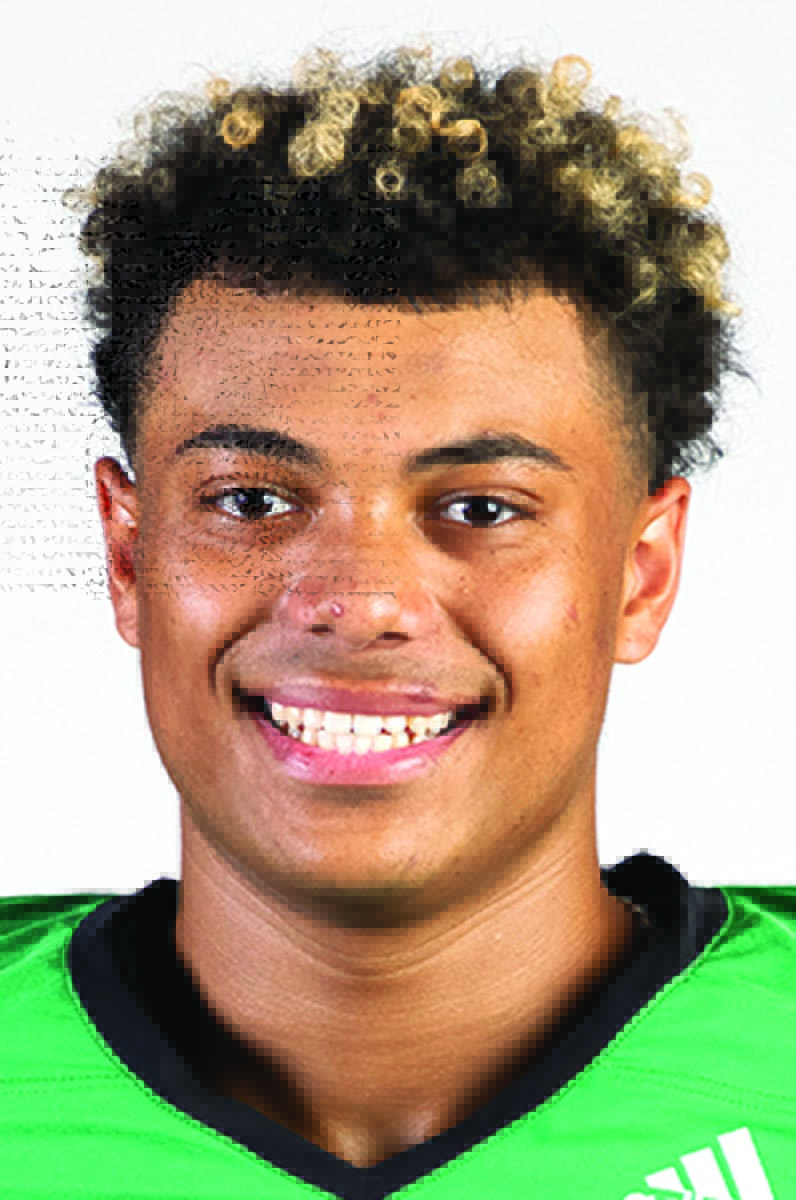 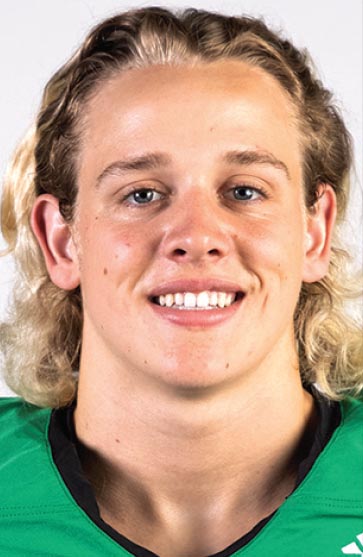 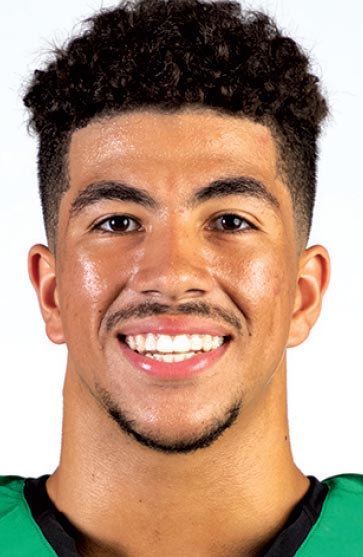 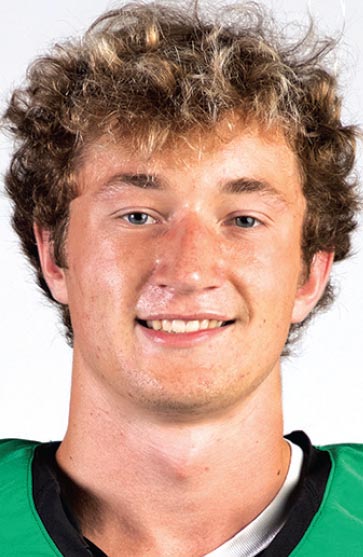 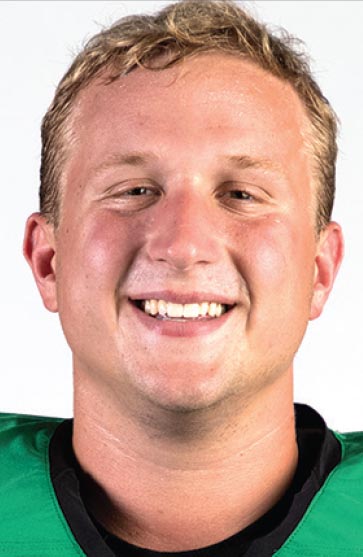 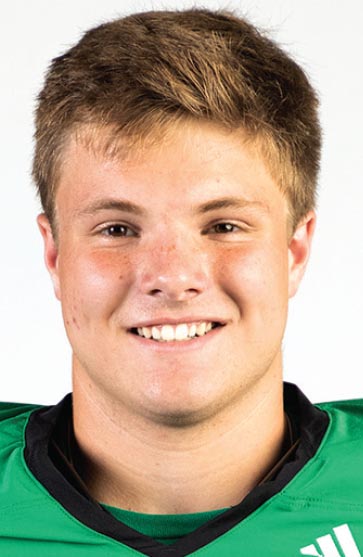 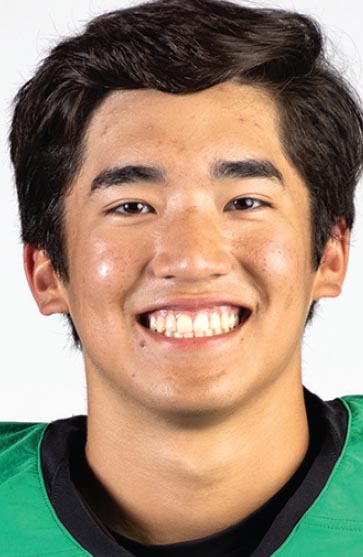 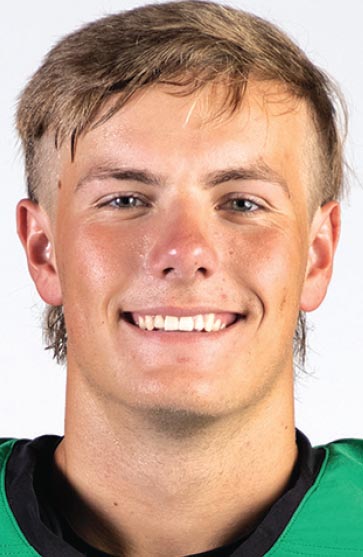 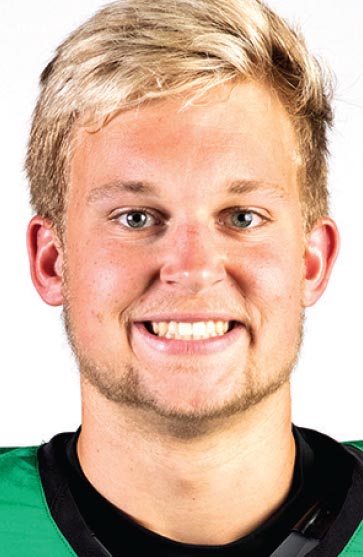 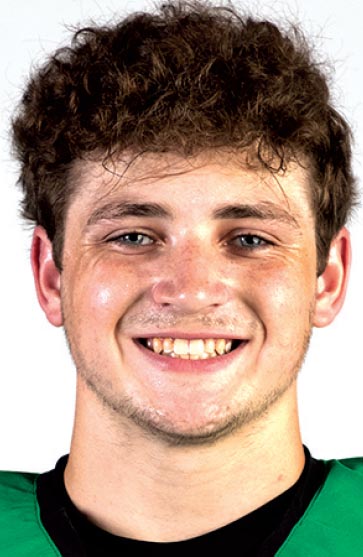 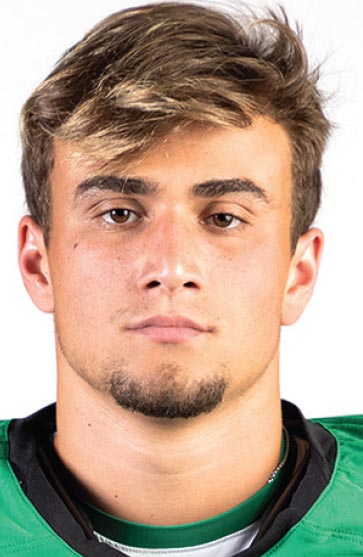