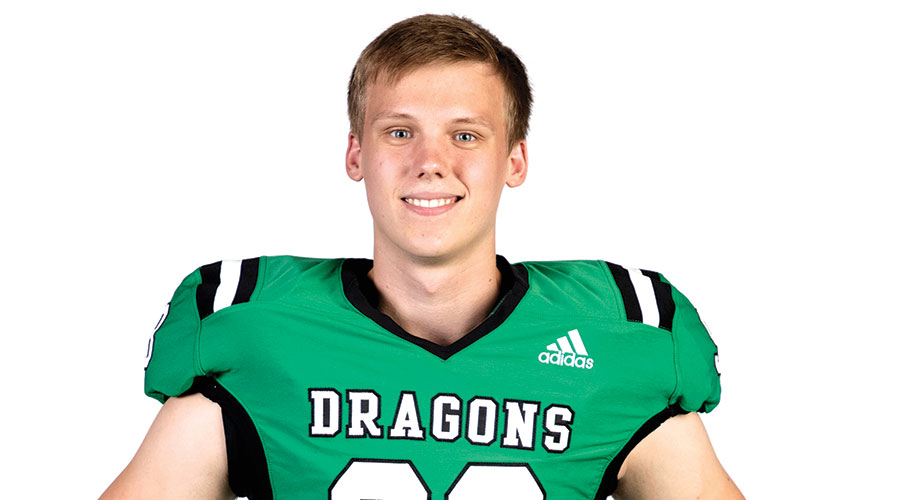 Service is ingrained into the life of Brett Belleville.

His father served in the Marine Corps for 24 years. A number of other family members have also dedicated their lives to serving their country.

Belleville is also a member of the Carroll Green Jackets, a select group of students who serve in many capacities. The organization has a deep and rich history in Southlake.

Getting into the Green Jackets is no easy task. The selection process is involved, with recommendations needed from at least four teachers. An essay must be completed by each candidate for review. The Carroll faculty votes, with the top eight boys and eight girls gaining admission and becoming new representatives.

The long-standing tradition is grounded in service. The Green Jackets volunteer at civic events around town and serve as ushers at graduation, as well as musical, theatrical and sporting events. And, you guessed it, they wear green blazers while doing so.

“I just really wanted to represent the school,” Belleville says. “And it’s a good leadership opportunity.”

Dodge leans on upperclassmen such as Belleville, who set an example for their teammates and embody the Carroll culture.

“He’s a quiet leader,” Dodge says. “He’s stayed the course. He’s a great teammate and a kid you want in your program. He’s a rock solid hard worker. He’s here every day, and he brings it every day. He really puts in the work.”

Like so many on the team the defensive lineman has grown up playing Carroll football. That commitment extends beyond the field and makes a difference in the community.

“He has played in all levels of the program,” Dodge says. “He’s a servant leader, too, involved in a lot of charity organizations.”

Belleville is also an Eagle Scout out of the Boy Scouts of America’s White’s Chapel Church Troop 928. As part of his Eagle Scout project, Belleville spearheaded an effort with the city of Southlake to install a walking trail marker system in two local subdivisions, increasing safety and emergency response capabilities.

Plans are in place to expand the program to other city parks.

Despite his busy schedule, Belleville is ready for the season. The Dragons are once again expected to be one of the top contenders in Class 6A. Belleville, part of a deep and experienced defensive unit, is ready to go out on top.

“I’m just really excited to play some ball, and we’re here to win state this year,” he says.

After the season is over, there’s another big decision to make. Like others in his family, and especially his dad, Belleville wants to serve. The Air Force Academy and Naval Academy are his two collegiate dream destinations.

The reasons are clear. “Service has been big in my whole family, and especially for me.”