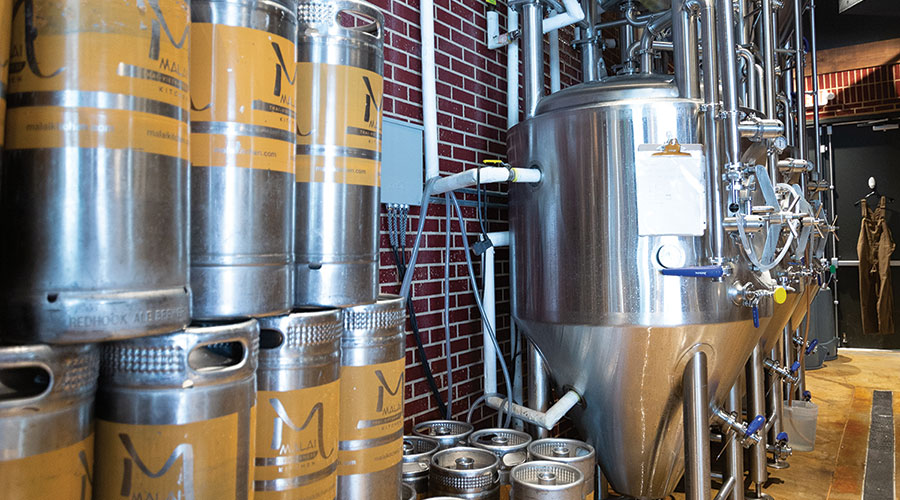 Beer and Asian food can be the perfect pairing. Malai Kitchen’s Justin Meyers can help you navigate your way through fermented

Can a brewer with a background in classic German lagers find happiness in making beer with Southeast Asian ingredients?

We think it’s a safe bet to say yes. We recently spent an afternoon with Justin Meyers, the new head brewer at Malai Kitchen. We talked about his history of working in notable beer cities such as St. Louis and Munich. We listened as he geeked out about the possibilities of a zero-calorie hard seltzer. And we sipped the first samples of a refreshing lemongrass saison between bites of sea bass, baby bok choy and rice noodles swimming in a garlic-lemongrass-white wine broth. The beer, although quite young, is crisp and light but with definite hints of the woody citrus. 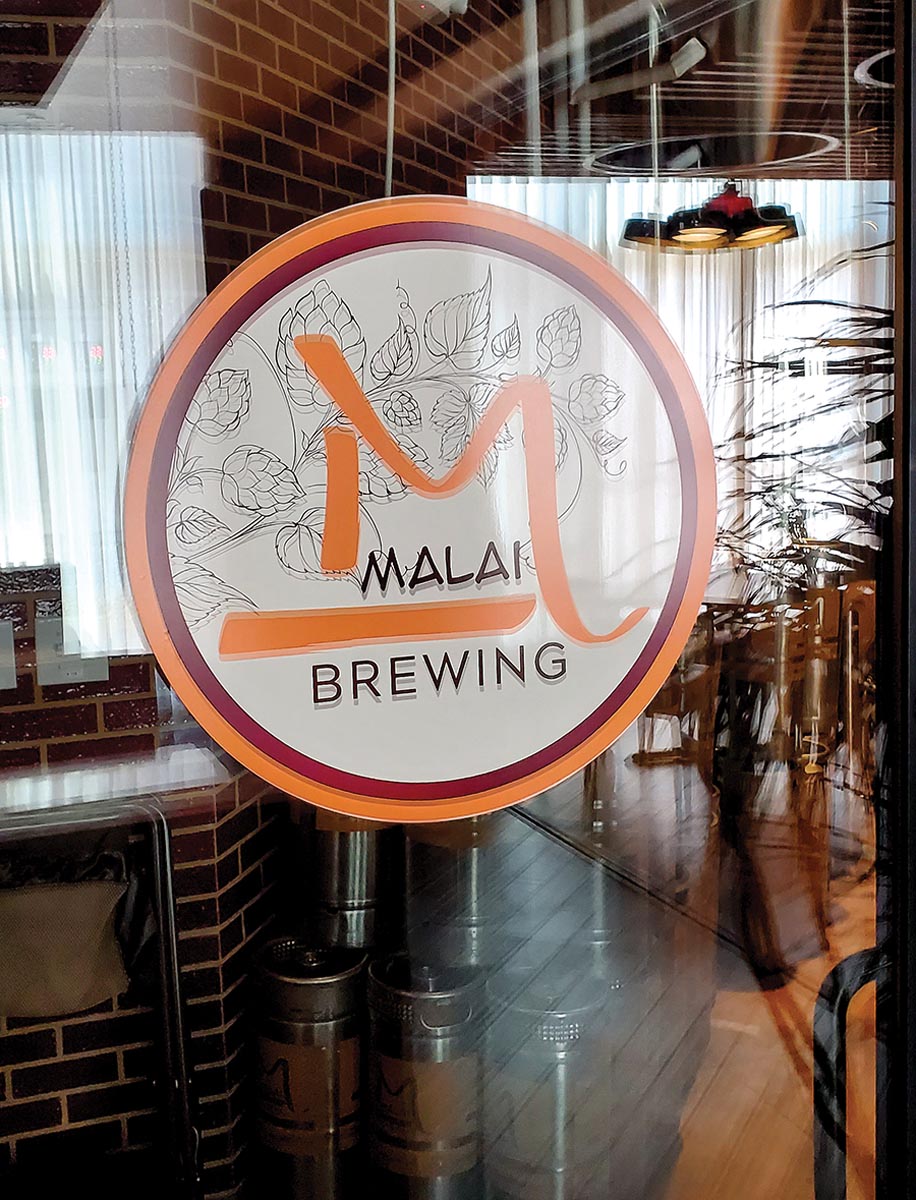 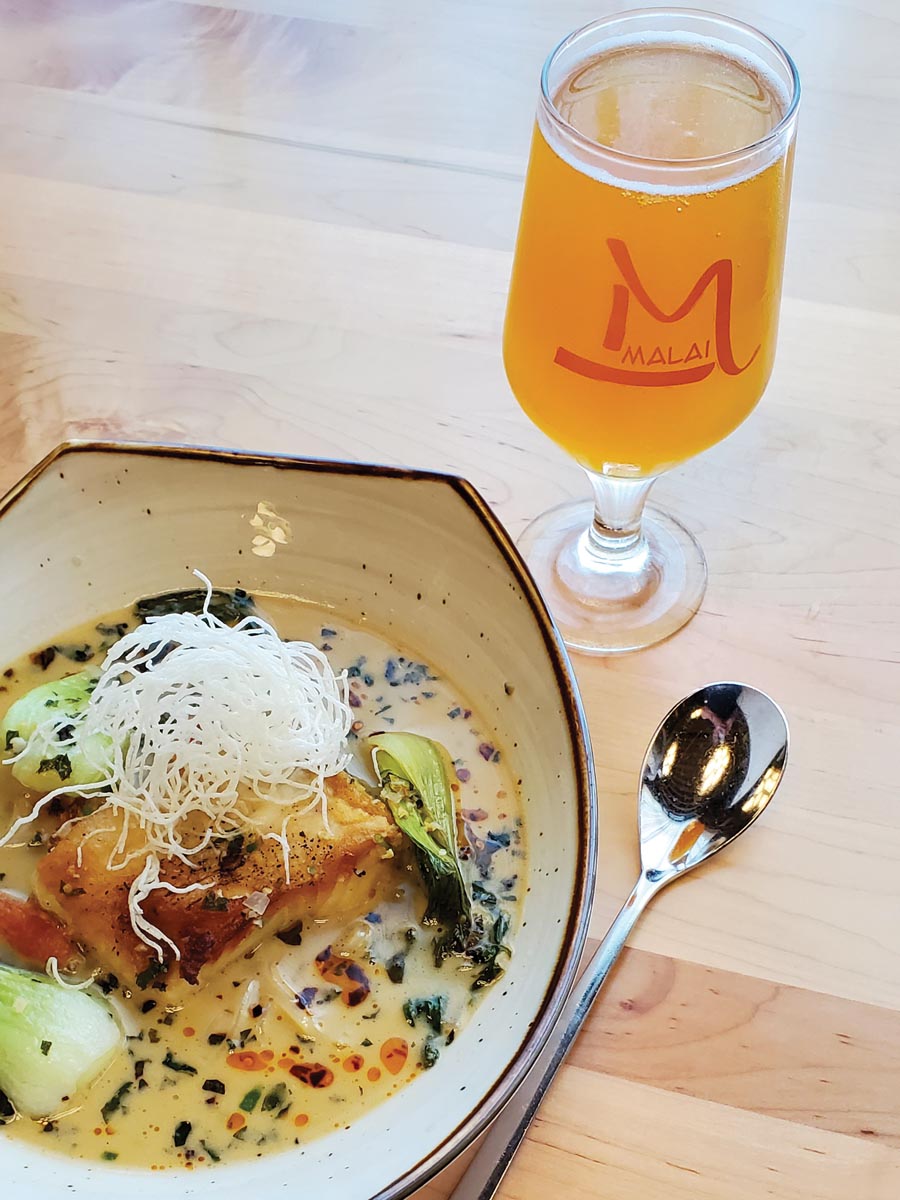 A lemongrass saison is the perfect complement to sea bass in a rich broth along with bok choy and rice noodles.

It’s 110 degrees in the waning days of August but cool inside Malai Kitchen in the Park Village shopping center. In the back of the restaurant, visible through large glass windows, is the restaurant’s nanobrewery: six stainless steel tanks, each with five-barrel capacity (about 150 gallons each). Meyers breaks into a light sweat as he pulls bags of German hops off a pallet mover. The smell is earthy, sweet and rich.

Back inside the restaurant, fragrant dishes tantalize our nose and appetite.

The restaurant-brewpub is a new experience for Meyers, who works with chef-owner Braden Wages in coming up with the small-batch brews for Malai. Wages is as passionate about his beverage program as he is about his modern Thai and Vietnamese menu. Inspired by beers sampled on trips to Southeast Asia, Wages and his wife and business partner, Yasmin, acquired a brewpub license for their restaurants. Ingredients such as rice, lemongrass, fresh coconut juice (extracted in-house) and kaffir lime make them distinctive and highly compatible with the food. (Look for a New England Hazy IPA on the menu soon.)

Demand at the three locations of Malai — the original location is in Uptown Dallas; the newest spot in Fort Worth — prompted the Wages to increase space at the Southlake location to help accommodate more brewing equipment.

Meyers, 36, joined the team in August. His previous gig was with Rahr & Sons Brewing Company in Fort Worth, but his beer career started in his hometown of St. Louis. While best known for Budweiser and Busch, St. Louis also is home to countless small breweries. Meyers, like many, honed his skills at home and found himself drawn to German-style beer, thanks to a brewer who allowed him to hang out and learn the process. But after graduating from college, a steady paycheck and the corporate life called him to New York.

“One of the perks of living in the city was the wide variety of restaurants in neighborhoods such as Chinatown and Little Italy,” says Meyers, who also likes to cook. Still, he never shook the feeling that beer was his calling. 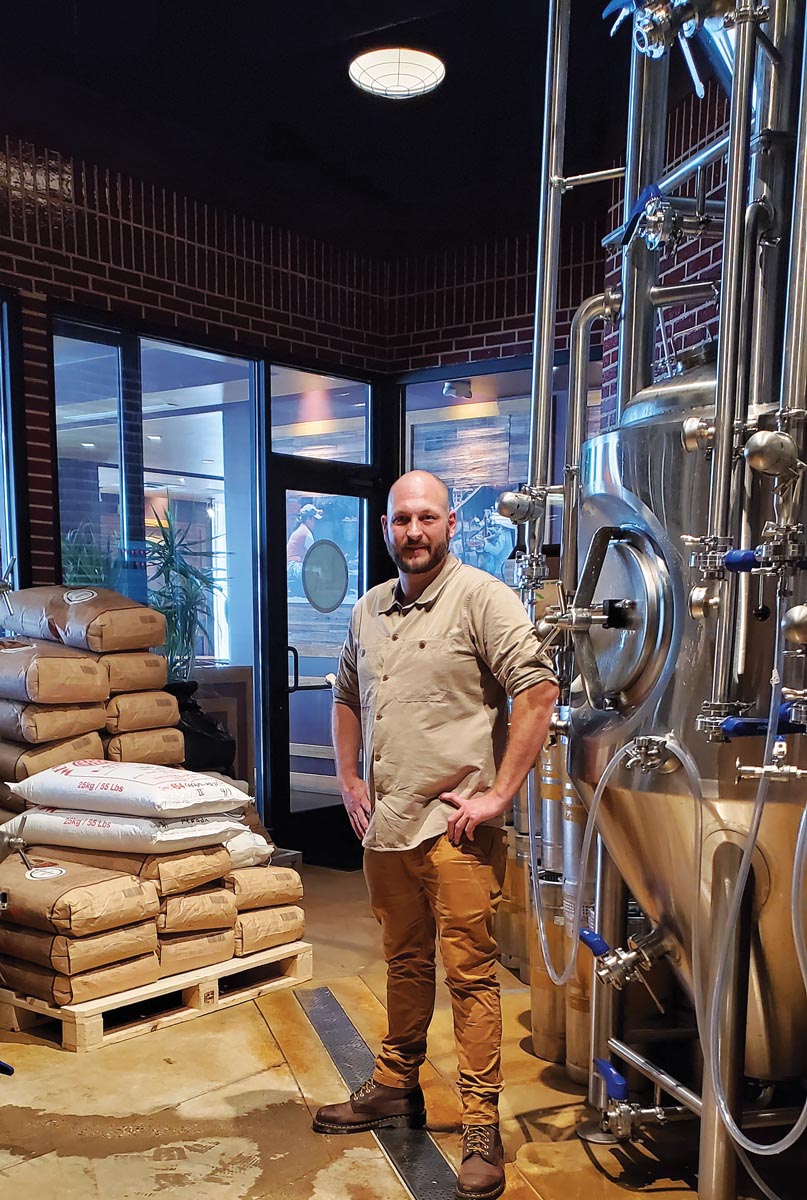 Justin Meyers’ new office is in the brewery at Malai Kitchen in Southlake. 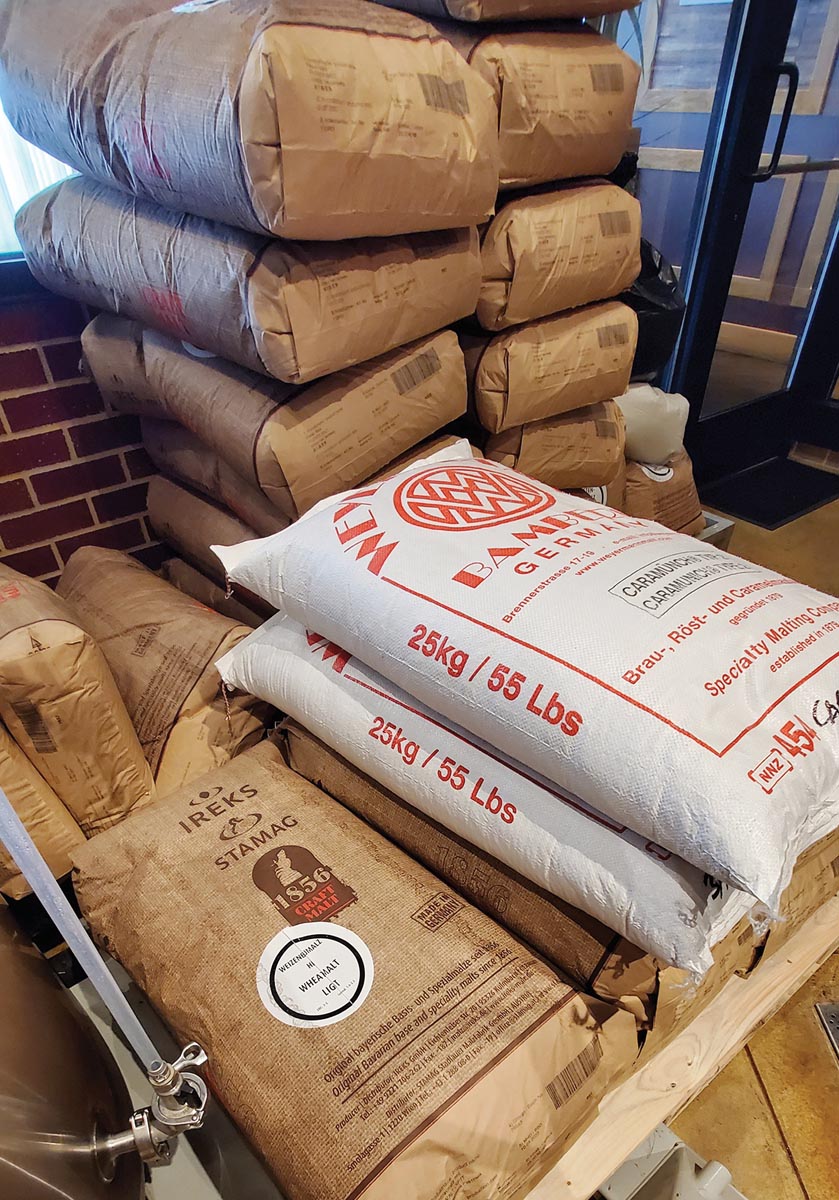 Bags of German malt are ready for the brewing process.

He worked at several breweries back in Missouri, but it was an apprenticeship at Paulaner in New York City and Munich that made a major impression. “I spent about three to four months learning everything I could, plus I got to travel. “I moved back to St. Louis about nine years later. I worked for Morgan Street Brewery, that’s located right by the Arch.” All that German training paid off in making European-style beers there.

Another move back to the East Coast made Meyers yearn for some place suitable for him to settle down. He had branched out into designing and helping launch new breweries but still wanted to soak up everything he could about the science of making beer. Since moving to Texas a few years ago, he now has three dogs and a girlfriend who shares his love of the canines, beer and adventurous eating.

“Malai already has a great program in place, and now I get to be part of that,” says Meyers, whose favorite pairing is Malai’s green curry with a floral IPA.

“One of the best things about being a small brewery is getting to experiment.”