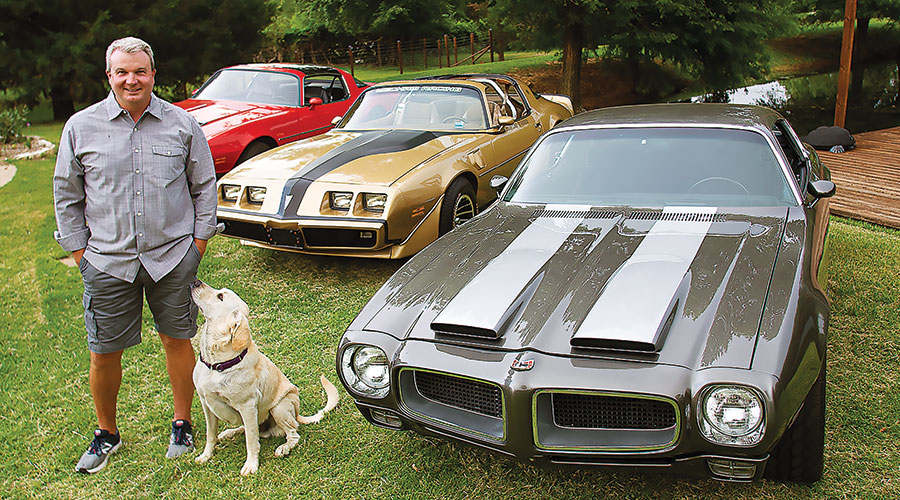 Whether it’s classic American cars or chickens, Barry Johnson is a hands-on kind of guy.

Barry Johnson owns 26 cars, primarily muscular Pontiac Trans Ams, but his claim to fame — the one his kids beg him to stop talking about — is multihued marshmallows. 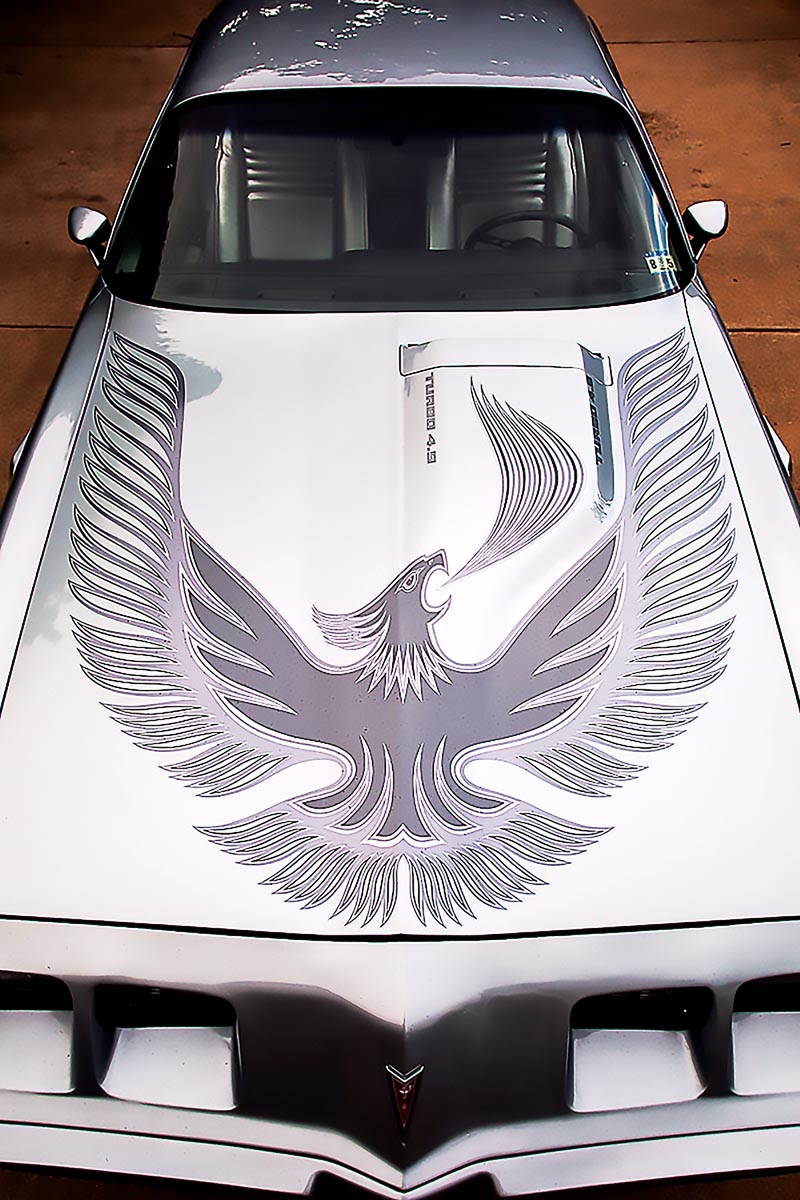 Officially called the Trans Am Hood Decal, Pontiac’s loved and hated firebird was nicknamed the “Screaming Chicken.” This one adorns an all-original silver 1981 Turbo Trans Am. Below are some of Johnson’s real chickens.

For a Texas A&M graduate with a degree in agricultural engineering, inventing and installing the three-color injection system for Kraft Foods sounds like a one-off flex but, for Johnson, it’s all about a good challenge. The founder and owner of Blooming Colors Nursery & Landscaping in Grapevine finds equal satisfaction in restoring an engine, designing an outdoor kitchen and raising chickens.

Johnson favors those equated with happy memories of his high school and college days in the ’70s and ’80s. It’s a hobby that began in 1997 and one he shares with a twin brother in San Antonio. He says the cars helped him connect with his two now-grown kids, but his affection for Trans Ams is directly related to his relationship with his own father.

“My dad’s rule was that if you took good care of the first beater car he bought for you and didn’t get any tickets, when you became a senior, he’d buy you any used car you wanted,” Johnson says. One brother’s choice was a Mustang, but Johnson and his other four siblings chose the Firebird made famous in the movie Smokey and the Bandit.

“My dad took us to the movie when it came out in 1977, and it made a lasting mark on my twin and me. The car in that movie was the one that started it all for us, the black-and-gold Trans Am that launched Burt Reynolds’ career,” he says with a laugh. Johnson’s car looked just like Burt’s. The Trans Am was Pontiac’s high-performance version of the Firebird, and the movie helped the automobile set sales records. He proudly drove it to College Station, where it then disappeared — stolen from outside his apartment. He tried to fill the hole in his heart with Chevy’s Camaro IROC-Z, nicknamed the “Camaro that thinks it’s a Corvette.”

“I bought an early-model Corvette when my daughter was born in ’97. When my son was born, I wanted a four-seater, and that’s when I found a Trans Am like the one that was stolen. It all just grew from there.” 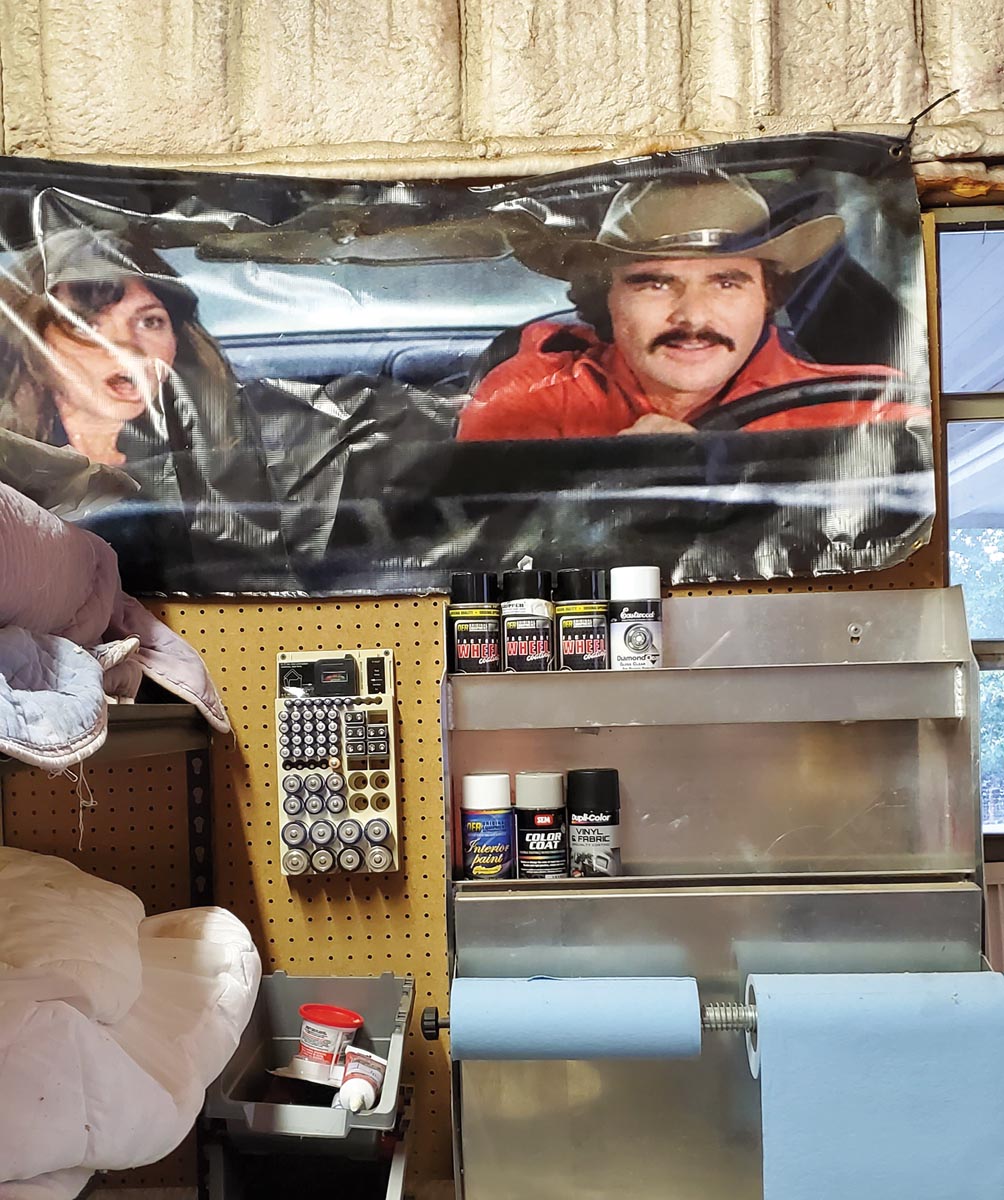 A poster of Burt Reynolds and co-star Sally Field from Smokey and the Bandit hangs in Johnson’s garage. 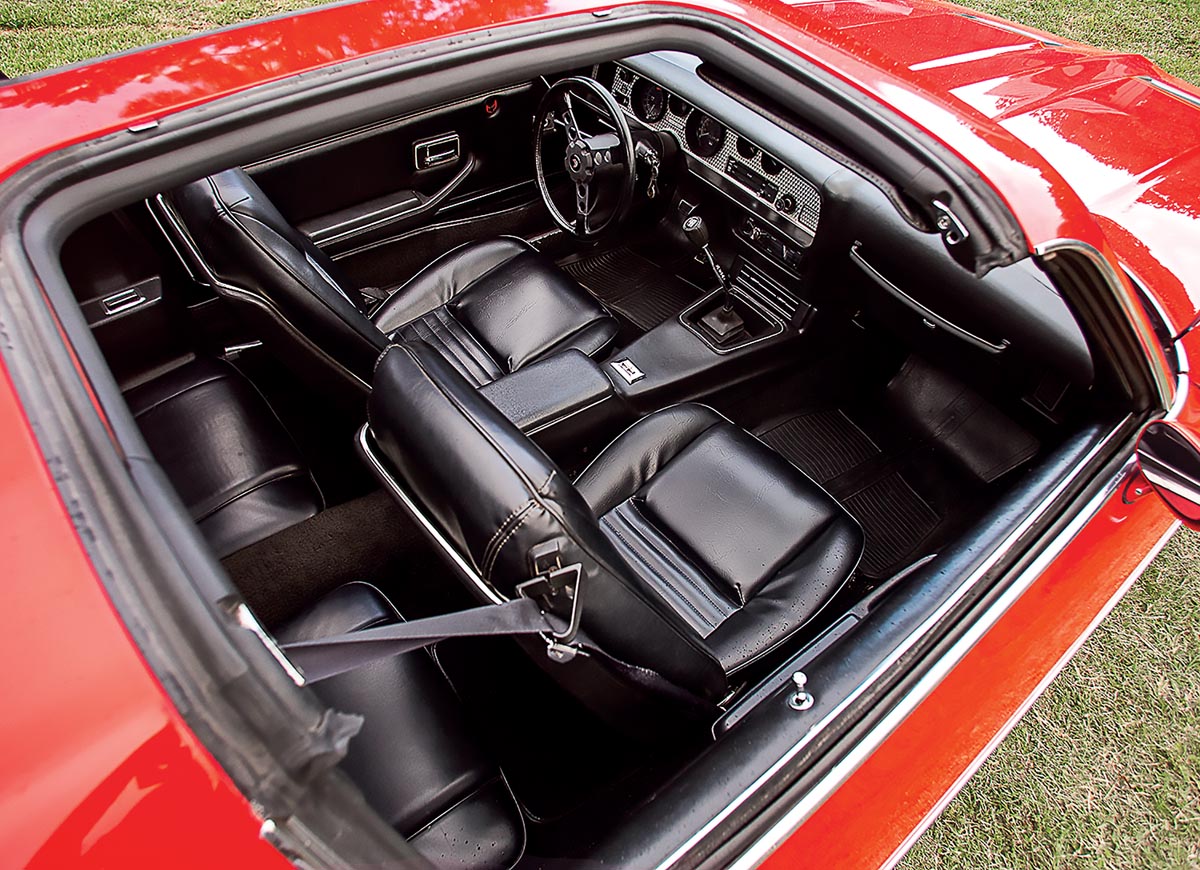 Only 367 models of this 1979 Firebird were built (this one has about 70,000 original miles). The all-black deluxe interior features the iconic engine-turned silver dash and the rare Super T-10 4-speed manual transmission.

Eighteen of Johnson’s 26 cars are Trans Ams. His twin brother’s collection is likewise Firebird-centric. “When he comes up here from San Antonio, we play and drive them. If I go down there, we do the same. Plus, we buy and sell between us. That’s kind of the problem, actually, because he likes to buy and sell — and I only like to buy. He loves the hunt, and then he’s on to the next one, and I am like, ‘Oooh, I want it.’ I’m the sucker.”

Johnson says that for years he didn’t sell anything because he suffered such seller’s regret. “I’ve since bought back two of the cars I wished I hadn’t sold,” he says, noting that he is now in a buying moratorium. “I am kind of happy where I’m at.”

He also owns what he calls one of the slowest Corvettes ever made, a 1982 two-tone blue model. “I guess I was drawn to it because I grew up with those all-flash-and-no-go models.”

Johnson, who lives on acreage in north Keller near Westlake, graduated from high school in Shreveport, Louisiana, where a job working for a nursery ignited his interest in plants and landscaping. At A&M, he merged his interests in horticulture and engineering.

After graduating, he worked as a food project engineer, first for Quaker Oats, then for Kraft. On weekends, he began the landscape design and install company that became Blooming Colors. Johnson opened his garden center — doing transformative construction projects that have the same appeal for him as restoring a car — in 1994 in Coppell, and moved it to its current location in Grapevine in 1999. He now has 7,000 square feet of plant offerings. Oh, and eggs. 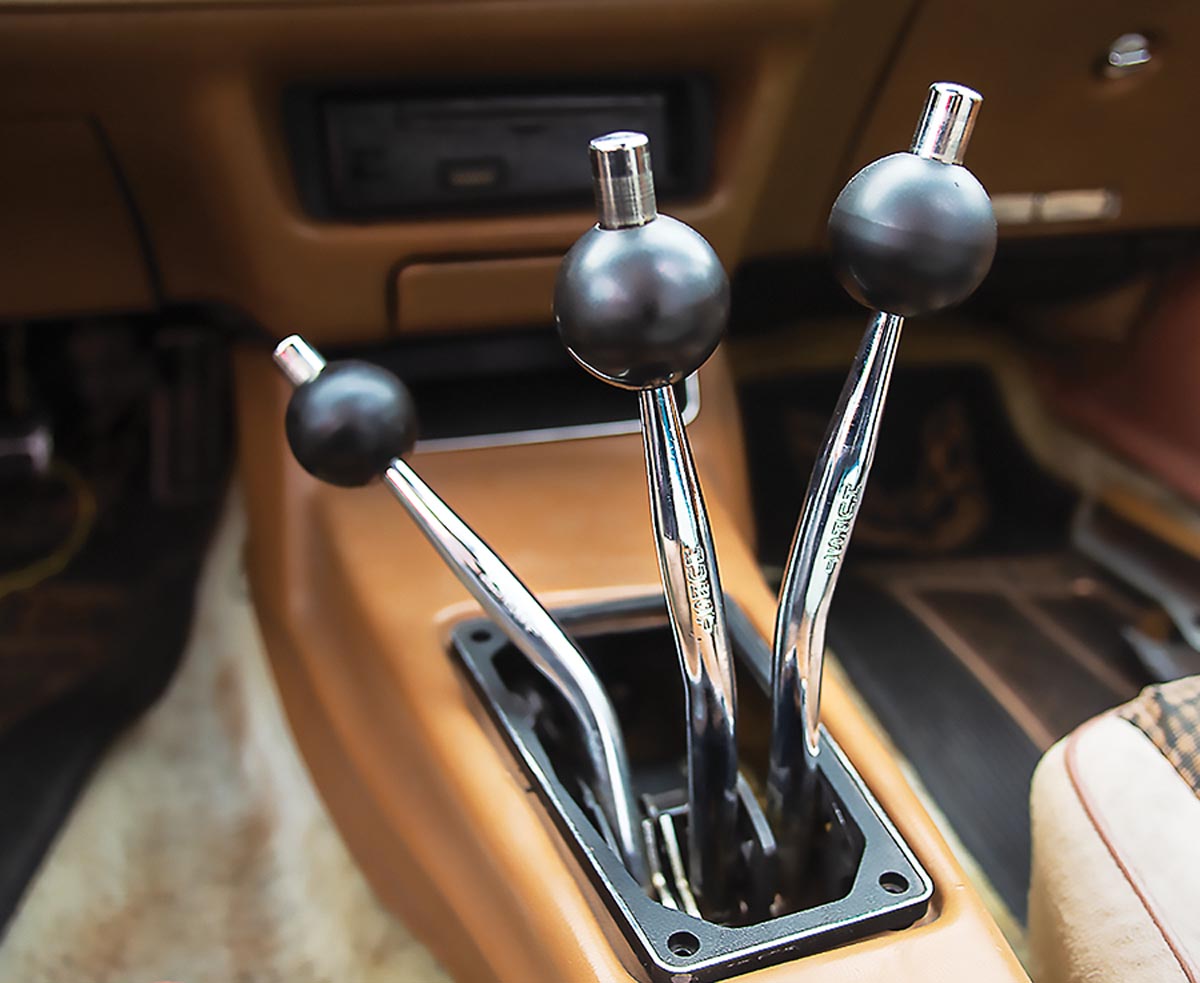 The Mecham brothers sold their Macho Turbo Trans Am out of their dad’s dealership, Mecham Motors in Glendale, Arizona. This 1980 model represents the last year of production. (The triple stick “Lightning Rod” shifter was an add-on.) 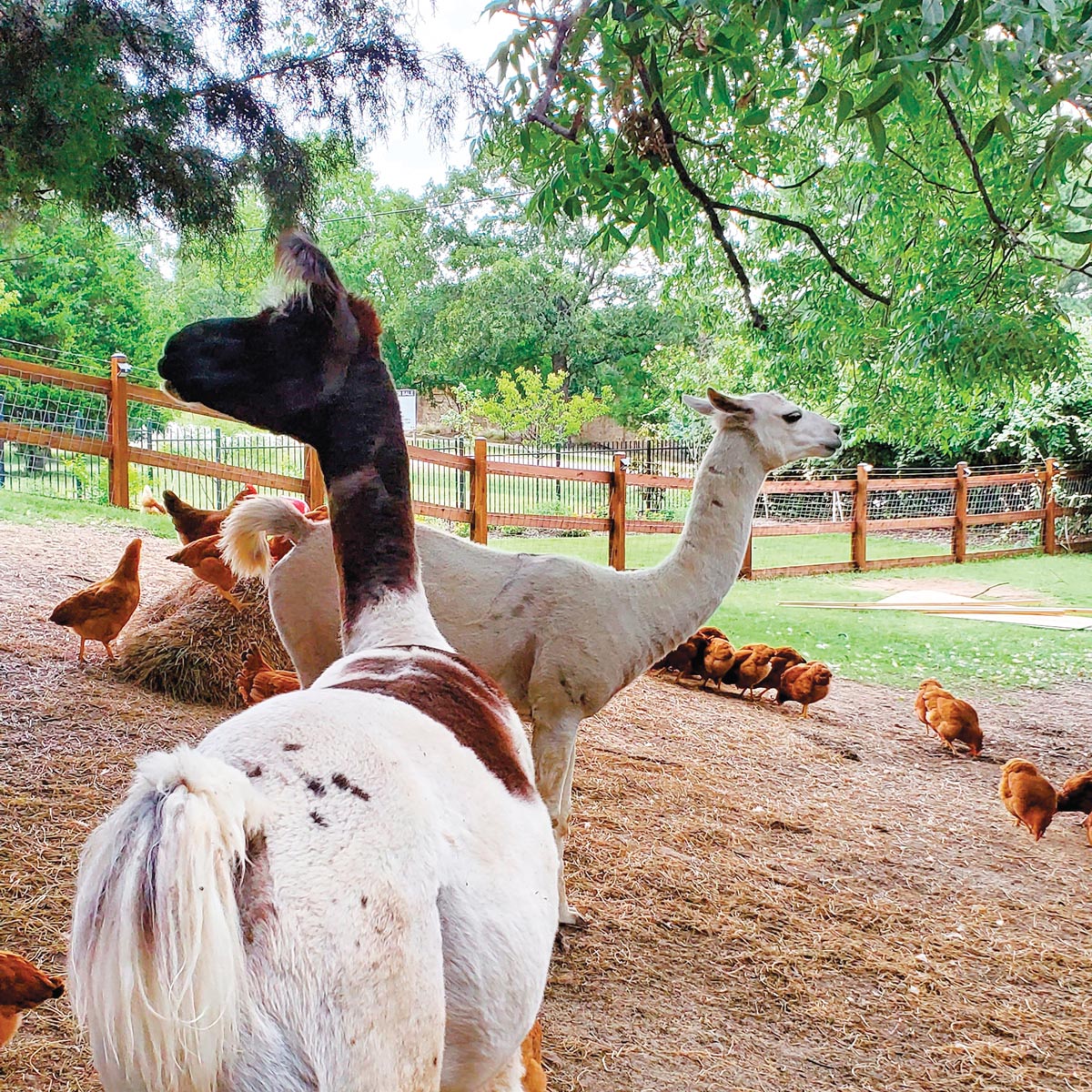 A pair of llamas, Wilson and Jefferson, help protect the poultry flock from predators.

“It was just something I always wanted to do. I didn’t think I knew enough, but a year and a half ago, I decided to just do it. I have 90 chickens and two llamas to protect them from coyotes. It’s fun and really very easy.” While baby chicks have a temporary spot near the house, the chickens — and one rooster — roam freely in a fenced-in area under shade trees. The llamas are allowed out to wade in a large pond on the property.

Some of his vehicles are stashed under the carport and in a series of metal buildings with rollup doors. (Johnson’s daily driver is a pickup truck.) Although more than half the cars in his collection are already fully restored, there are some projects ongoing. He has cars in restoration shops in Minnesota, Granbury and San Antonio, but is painstaking about the work he does himself. “I like to restore my cars to stock condition. I am not a patient bodywork man, but I do a lot of the interior and engine work.

“I like taking something that is really rough and bringing it back to life the way it left the showroom. I love a good before-and-after. And between cars and chickens, they keep me off the street.”