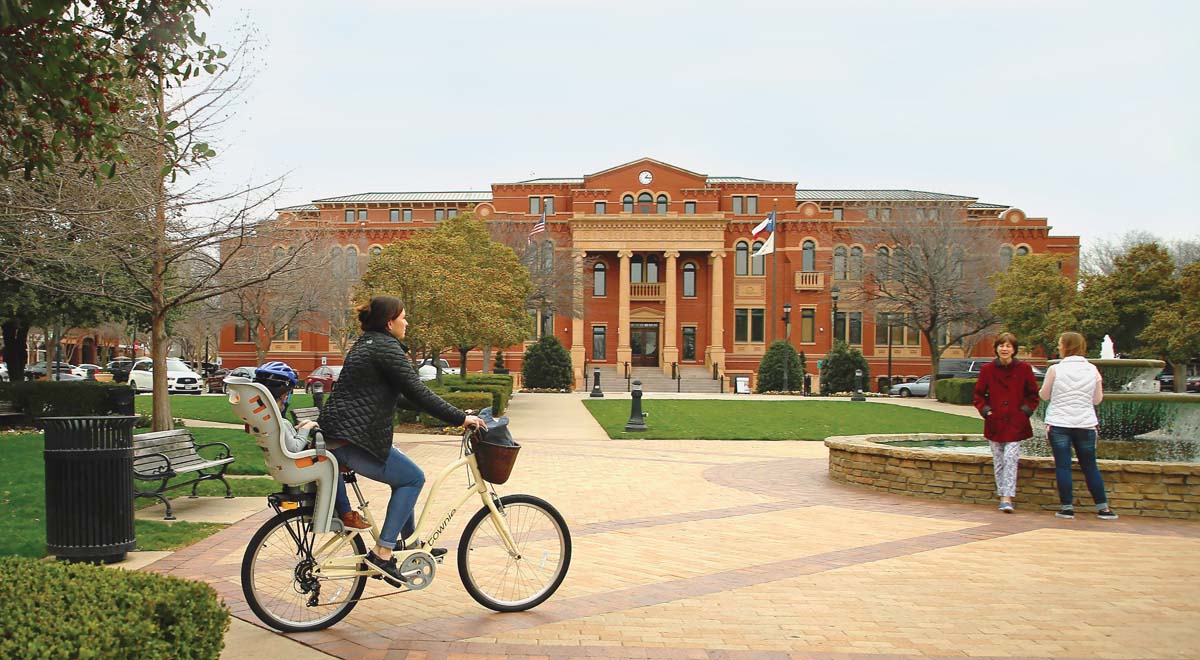 The Apple Store was key.  So was Brio and the nearby plaza on Grand Avenue. Here’s how a new kind of shopping development grew into our city’s beating heart.

It started with a simple dream: To swap out 130 acres of farmland for a small town in this nexus of highways in northeast Tarrant County. 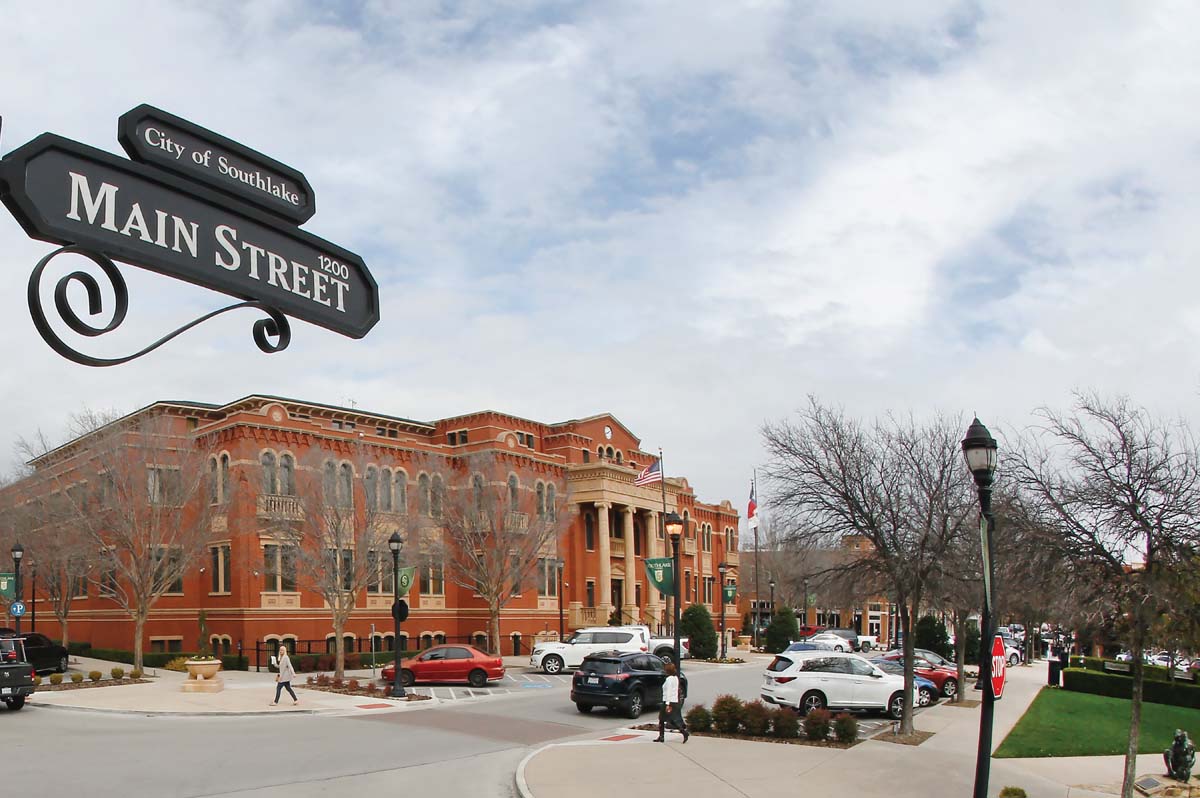 The decision to place Town Hall and the Southlake LIbrary in the center of the development boosted its role as the true town center. 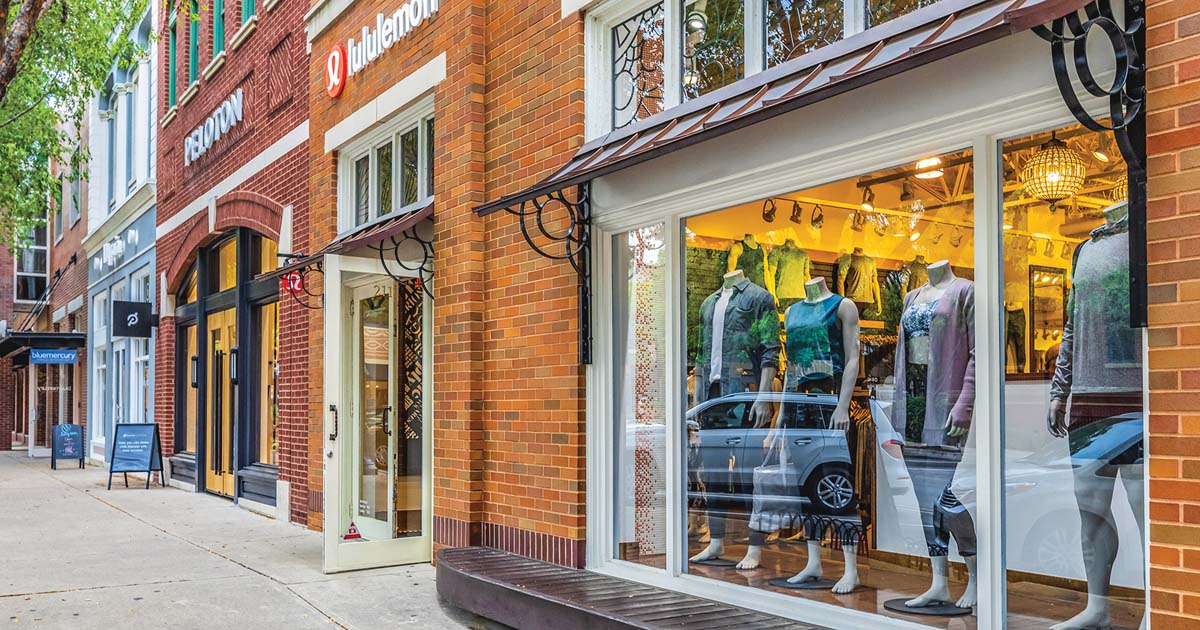 Twenty years later, it’s where Apple, Trader Joe’s, Shake Shack and other big-name brands reside — along with residents who occupy the nearby multistory homes in the 1.2-million-square-foot mixed-use development.

When Southlake Town Square opened in March 1999, it was less than a quarter of the size it is now, at around 250,000 square feet, and it featured just a handful of retailers, as well as a city hall complex.

“[The late developer Brian Stebbins] wanted to build a town from scratch,” said Jason Kasal, vice president/senior leasing director with Retail Properties of America Inc. (RPAI), the owner and leasing manager for Southlake Town Square. “He saw the city hall component, the retail component … and wanted to make it a full ‘downtown.’ ”

Stebbins and his business partners, Peter Cooper and Frank Bliss, were the driving forces behind Southlake Town Square, envisioning a vibrant lifestyle center where homeowners, retail tenants, and city and private workers could coexist. Stebbins had had success with shopping developments in Australia, New Zealand and Houston before he set his sights on Southlake.

Once architect David M. Schwarz (Sundance Square Plaza, American Airlines Center in Dallas, Parker Square in Flower Mound) signed on, the project crystallized. Attractive brick buildings with big windows, wide sidewalks with streetlights and tree-lined avenues were created, helping lure many of the first retailers to the scene. The Gap, The Container Store, Pottery Barn and Williams-Sonoma were among the first to sign leases. In addition, a cadre of locally owned businesses like Animal Crackers and Magic Moon made the move to the development, Kasal recalls.

Also new is the Western Design Room created by Ideum, cutting edge exhibition designers based out of Albuquerque, New Mexico. A user-friendly 65-inch multitouch table allows you to choose from bold colors and prints inspired by Hall of Fame honorees to design boots, a Western shirt or even a horse. The design is projected on the room’s walls as you work.

The Cowgirl’s popular Bucking Bronc Experience anchors one end of the gallery. Look for some additions including a new display of embellished Casanova Hats. The two-story mobile remains in the rotunda, and renovations, physical and contentwise, also have been made on the first floor. Projectiles, the Paris-based architectural firm, designed the new galleries as well as the mobile and the Hitting the Mark: Cowgirls and Wild West Shows gallery. It also was the principal on the Jean Paul Gaultier exhibit that made a stop in 2011 in Dallas, as well as many international projects. 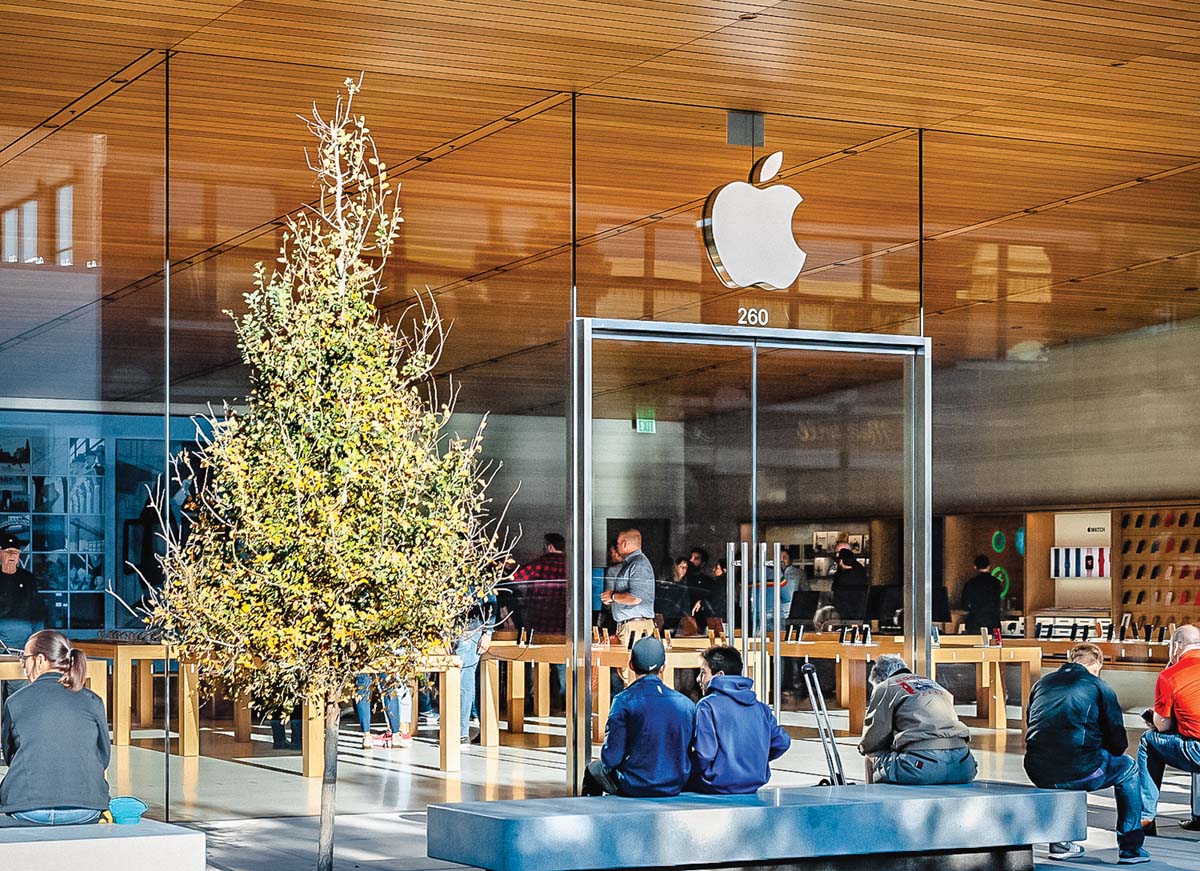 The Apple Store, above, and a Tesla showroom, left, are on opposite sides of Grand Avenue, a street that opened in 2006, connecting the center with State Highway 114 and helping draw in even more customers. 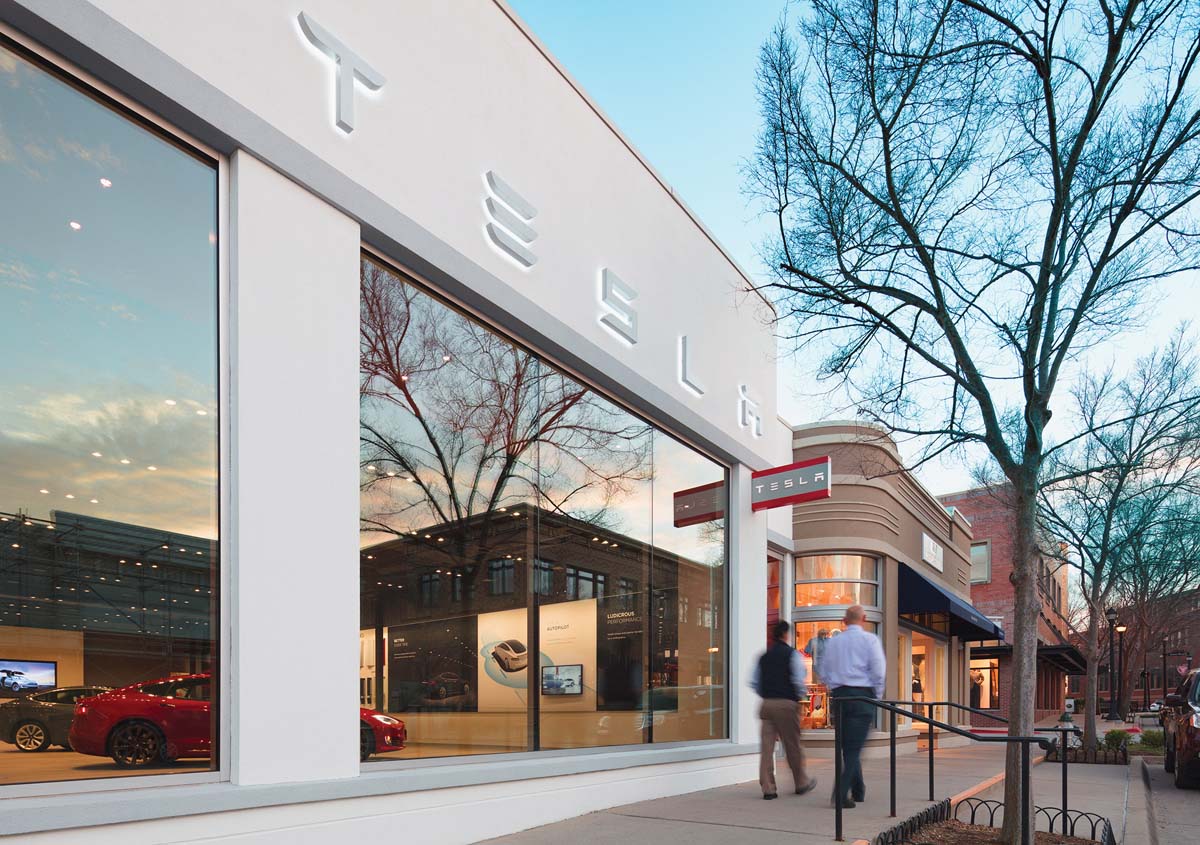 Whether you’re a regular or a first-time visitor, the whole experience promises to be as engaging as a sudden encounter with a herd of horses, virtual or otherwise.

But Stebbins and Cooper knew retail wasn’t the only key to success, and the developers persuaded the city of Southlake to relocate its town hall to a prime spot on Main Street. This shopping center’s streets have familiar, friendly names, too.

By 2006, RPAI took the reins, buying the attractive portfolio from Cooper & Stebbins. The Illinois-based company is now responsible for leasing the space, which Kabal says still has room to be built out. RPAI also runs several neighboring developments to Southlake Town Square.

“Within every parking lot and buildings, [there is that capacity to add on],” he says.

While the development has undergone eight or nine expansions, according to Kabal, it was the addition of Grand Avenue in 2006, and one store in particular, that was the real turning point. “Apple was a game changer,” he says.

It was the tech behemoth’s entree into Tarrant County — the University Park Village location in Fort Worth wouldn’t open until 2008 — and it drew customers to Southlake Town Square in a way only Apple could. (The store recently received a massive makeover.) Brio, the popular Italian restaurant, holds a prime spot near one of the town square’s mini parks along Grand Avenue, as do Anthropologie, Sephora, J.Crew and Lululemon. Another plus: The street was not only an economic gateway; it also served as a connector to State Highway 114, effectively granting the center an entrance from the north and the south.

In 2008, forbes.com mentioned Southlake Town Square as one reason the city earned the ranking of most affluent neighborhood in the country. But over the past 20 years, retail has whipped through innumerable trends, perhaps none bigger than the influx of online brands into a bricks-and-mortar world. 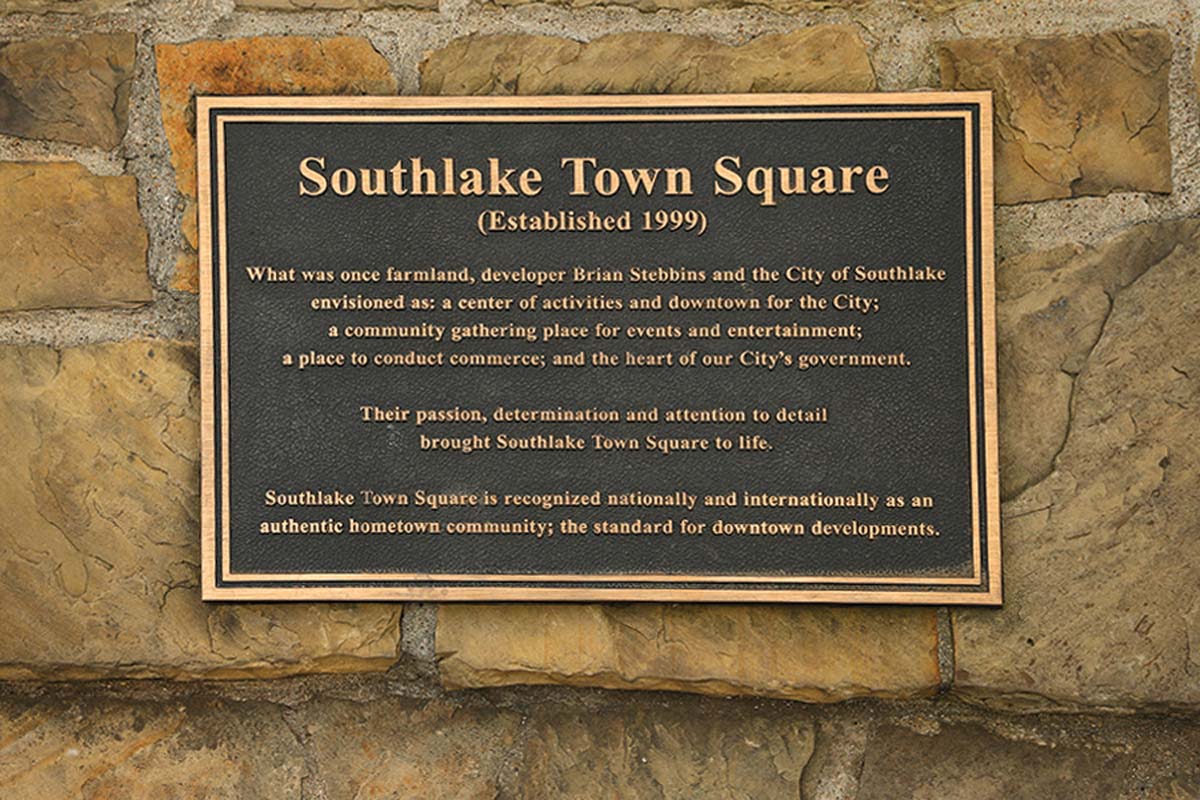 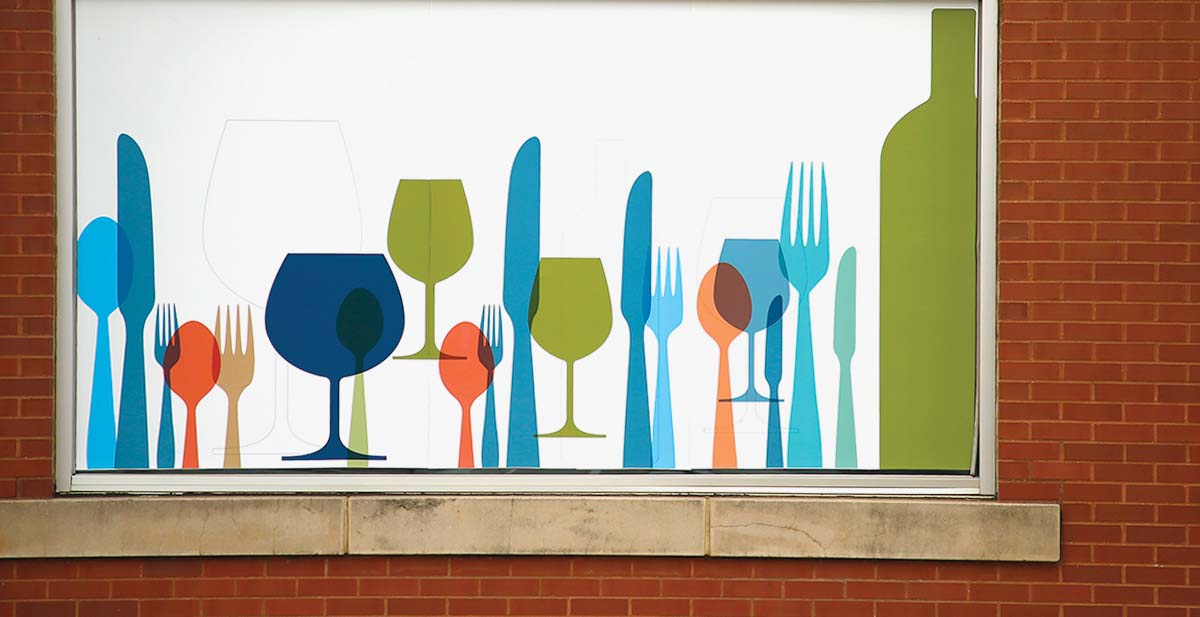 In response, Southlake Town Square has made way for nontraditional brands, such as Tesla and Peloton, which carries only minimal inventory. At least one larger-format store, the 4,000-square-foot-plus Eddie Bauer, is moving to a new location so its former space can be divided into smaller units, catering to the new kids on the block. But the mix remains a wide-ranging one, with Brooks Brothers coexisting with Buckle.

And who might the new kids be? Think no further than eyewear upstart Warby Parker or Bonobos, a menswear brand, and you’ve got the picture. Lush Fresh Handmade Cosmetics, the bath and body emporium, opened in January. Women’s retailer Johnny Was, known for its luxe boho looks, and men’s casual lifestyle brand TravisMathew are scheduled to open soon. Home goods and whimsical art can be found at Sugarboo &amp; Co., also in the works. While Kasal can’t yet reveal who’s signing next at the center, he’ll say that in the next quarter, four more brands will be announced for Southlake Town Square.

All of which means it’s an exciting time for what is now the elder statesman of northeast Tarrant mixed-use properties.

“It feels like just now we hit our sweet spot,” Kasal says. “But the best is yet to come.”

While retail and restaurants make up the majority of tenants, Southlake Town Square also features a bookstore, Barnes & Noble, still a proven draw; a movie house, Harkins Theatres; a Hilton hotel; and a dance studio (Dance With Me). The restaurants range from casual (Corner Bakery) to big ticket (Truluck’s). Parking is plentiful, with garages strategically placed along with numerous pull-in spots on the streets. The number of nonfranchised shops has dropped as the retail climate — and consumer tastes — have changed. For a map, store directory and other information,
go to southlaketownsquare.com.

Art in the Square, which is celebrating 20 years in April; Home for the Holidays; Oktoberfest; Stars & Stripes