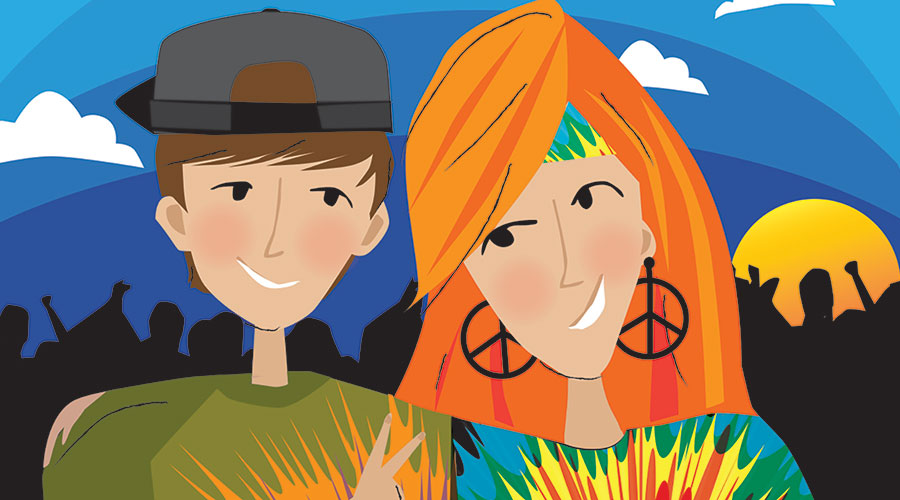 This mom is grateful for a reconnection to her musical past.

In our daily drives to and from school over the last decade, my youngest son’s musical taste had evolved from Raffi’s Bananaphone to ‘80s pop classics by Tears for Fears to power metal by Rush.

Then, last month, this happened.

“Mom, have you ever heard of the Grateful Dead?” he asked one morning as we pulled into the carpool line. “I really like their song Truckin’.”

Aah, the Dead. Yes, I have heard of them. I remember my sophomore year in college, when a sorority sister stood up at the end of a chapter meeting to make an important announcement.

“I just wanted you all to know I’ve discovered this band called the Grateful Dead.” Meredith said this with the enthusiasm of a new convert. “I will be following them over spring break if anyone else wants to come.”

I didn’t see her much around the sorority house after that, but when I did, she had gone full “Deadhead,” donning tie-dye dresses, dousing herself in patchouli and smoking clove cigarettes — at least that’s what I assumed they were.

I didn’t join her during that spring break, but I wish I had. It took me a few years to discover the Dead and their tribal following. Formed in the 1960s, the band and its eclectic music celebrated the peace, love and free-wheeling, counterculture lifestyle of the hippie era. The vibe resonated with me and many others during the Yuppie-focused Reagan-Bush years of the 1980s and ‘90s, when the band enjoyed a resurgence and Touch of Grey was in heavy rotation on MTV.

According to the Deadhead Wikipedia entry, celebrities who have claimed the status include Nancy Pelosi, Tucker Carlson and Whoopi Goldberg. Basketball great Bill Walton, also known as Grateful Red, attended more than 800 shows.

I only made it to about two dozen shows, mostly during the spring swings through the Carolinas and Virginia, and built a collection of treasured T-shirts and tapes.

Then one morning in August 1995, I was driving down Airport Freeway when I heard the news that lead guitarist and singer Jerry Garcia had died. Tears filled my eyes, and I had to pull off the highway. My Deadhead days were over.

But this year, my son brought it all back. I was ready to dig out those old show tapes and my concert T-shirts. We spent Memorial Day jamming to the Grateful Dead on Spotify.

And it turns out, I’m far from alone in passing down some Dead love. Many parents start in the preschool years. A quick internet search for “Grateful Dead for Kids” discovered a concert by the Stella Blue’s Band, a New York City-based Dead tribute band that regularly plays Brooklyn Bowl’s Rock and Roll Playhouse.

Via online video, I was transported to a recent Saturday-morning show where hipster moms and dads were cradling kids waving rainbow streamers and rocking to China Cat Sunflower and Scarlet Begonias.

As for me, I’ll be taking my son to the July 2 Dead & Company tour stop in Dallas. The group includes original band members Bob Weir, Mickey Hart and Bill Kreutzmann along with veritable youngster John Mayer. I don’t know how the event will compare to the Dead days of old, but if we get to whirl around a bit to Fire on the Mountain, Sugar Magnolia and Box of Rain, it should be a memorable evening for both of us.

Kathryn Hopper is a Southlake mother of four who still needs a miracle every day.