The School on the Hill 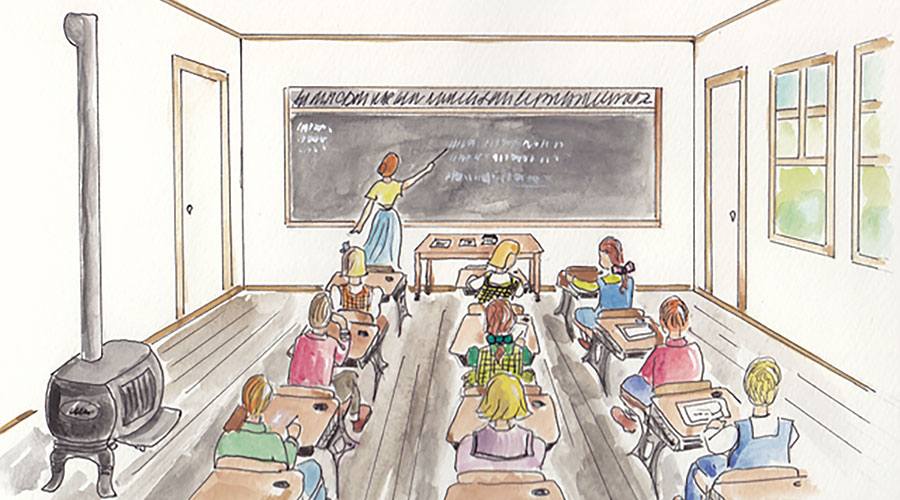 A 100-year-old schoolhouse once was the center of life in Southlake. Its future might be iffy, but its history is secure.

While its future is uncertain, a humble 100-year-old schoolhouse that has survived the wrecking ball for this long deserves some special recognition. “It’s the only historical structure in Southlake,” says Connie Cooley, president of the Southlake Historical Society. “It’s the real deal. It really was the heart of the community.”

To honor its history and celebrate the centennial, the SHS organized the exhibit “The 1919 Carroll School: Where It All Began,” opening this month at Southlake Town Hall and the public library. On show are drawings of the original classrooms, made with the input of students from the ’30s and ’40s. There’s a nod to forgotten lore, too: speculation that Clyde Barrow, of Bonnie and Clyde fame, was a Carroll Hill student in the early 1920s. Photos of students through the years are joined with a classic shot of 2019 Carroll High School grads standing next to the school.

The Carrol Hill School, as it originally was known, was built in 1919. Southlake residents who recall time spent in the three-room schoolhouse include Merrill Tate Stacy, who was a timid third-grader when she began school there in 1939. “The first day … two girls came to meet me, and that was the greatest thing in the world, because I was shy,” Stacy, 88, remembers. “All the kids were friends. If there was a party, everyone was invited.” 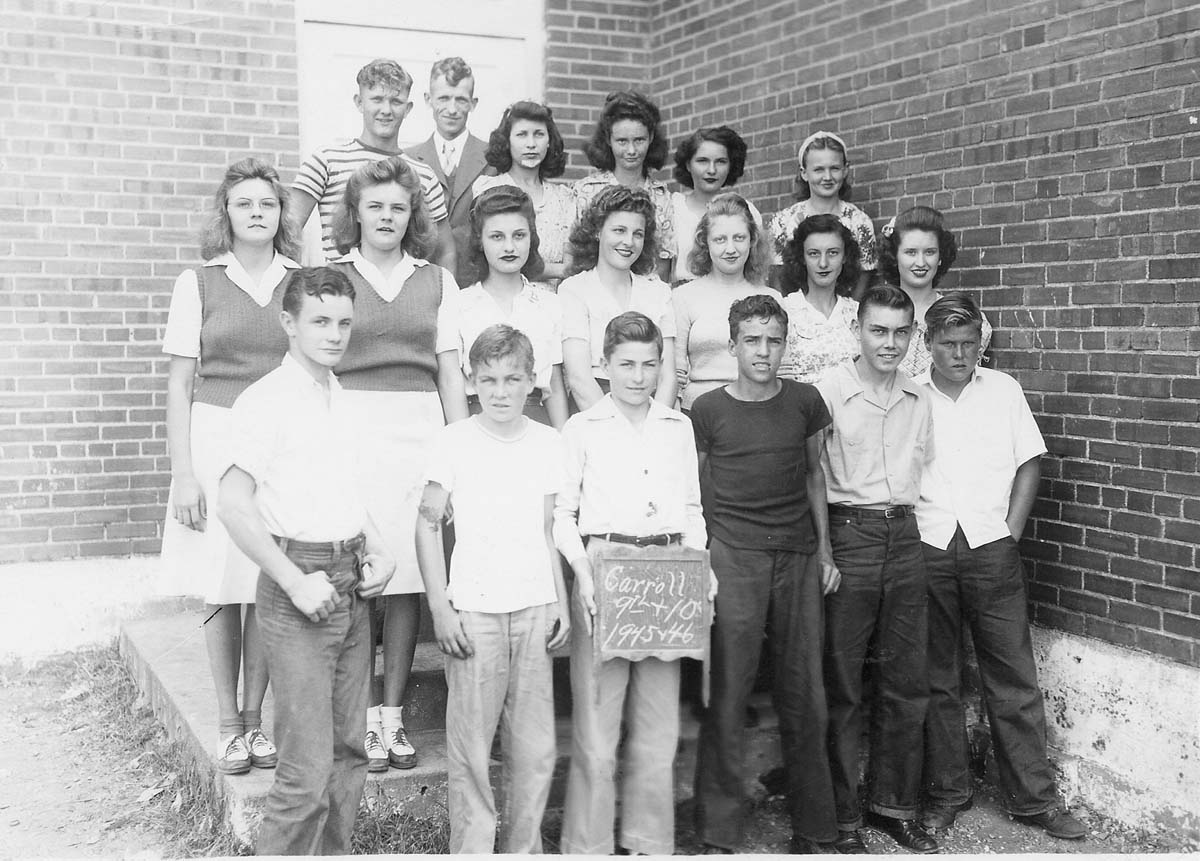 Included in the exhibit are photographs of various students who attended Carroll School. Above, this image includes grades 9 and 10 from 1945 and 1946. Merrill Tate Stacy, the mother of former Southlake Mayor Rick Stacy, is on the far right in the middle row. 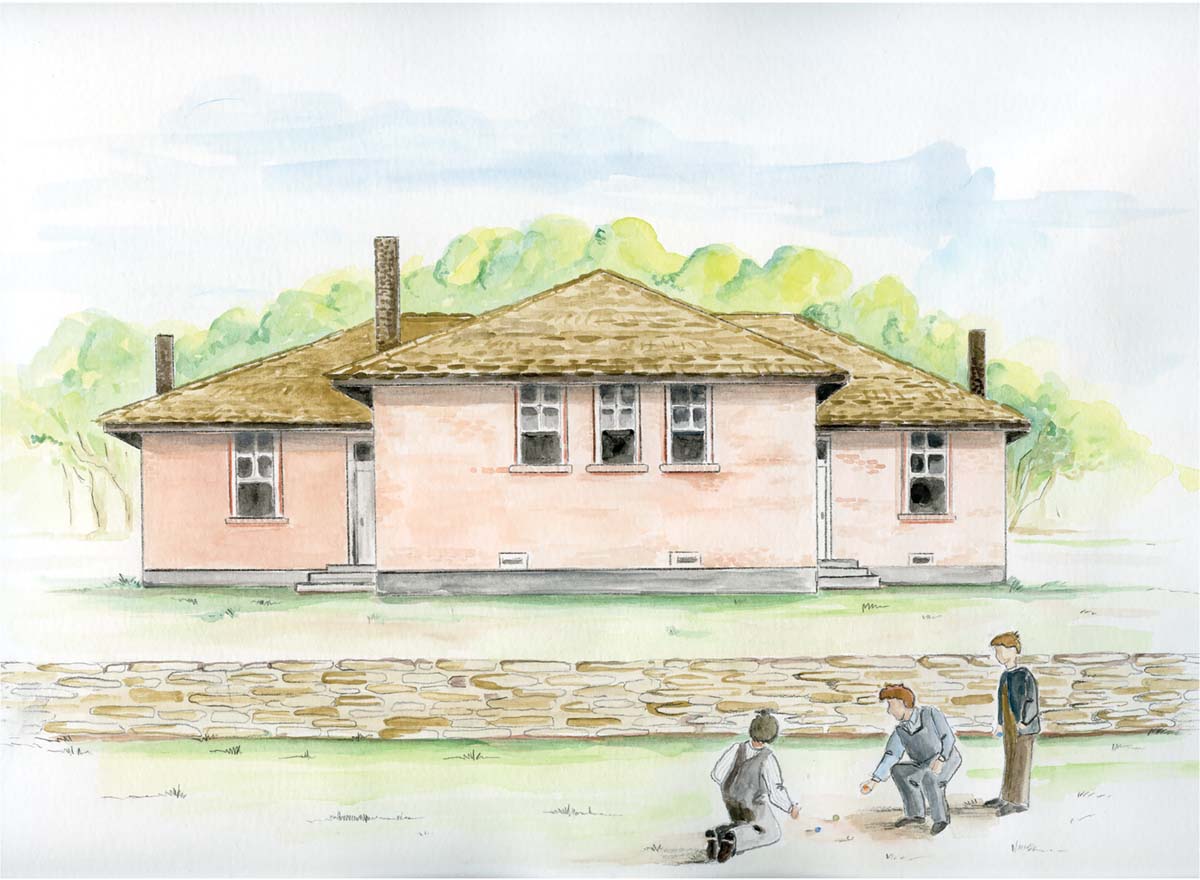 The rural structure was plain inside, with narrow wood plank floors and white plank walls. In the 1950s the floors were covered with tile. The old-growth wood, also used for ceiling joists, remains underneath. The contractor who built the school, Frank Estill, owned a lumberyard in Grapevine and transported the wood from East Texas.

Stacy, the mother of four, including former Southlake Mayor Rick Stacy, was 16 when she left school at the end of 10th grade to marry her 17-year-old beau, R.J. She joined Mary Hayes Koenig, Glen Burgess, Dorothy Chasteen Brand and other former students to share insights about the early years of the school with the historical society.

While a Texas historical marker notes its history and location off Carroll Avenue, the school is easy to miss. The rather nondescript brick building sits back from the street next to a church that leases the land where the school is located. It is not open to the public.

In 1917, Tarrant County combined area rural schools to form District No. 99. The men — women weren’t allowed to vote — of the poor, rural district raised taxes to build the school on a hill adjacent to their farms and timberland. The school (and the former wagon road) were named for B. Carroll, a Tarrant County superintendent of public instruction. From its construction in 1919 until new schools went up in the 1960s, the three-classroom building stood as the centerpiece of the school district — and the town.

Originally built as three rooms, the 2,676-square-foot school building was designed to replace several rural one-room schools in the area. Additions over the years added 1,666 square feet and included two bathrooms. Although elementary instruction ceased in 1951 — when most of the seven youngest students headed off to junior high in Fort Worth — Carroll Hill offered classes for older students into the ’60s. As Carroll ISD grew, the building served as an art studio, tax office, transportation office and warehouse for the district.

The SHS keeps an eye on the building, but upkeep is minimal. “We have mothballed it best we can,” says society historian Anita Robeson. There is no funding for relocation or restoration, but she notes that the structure, the last intact “country” school in Tarrant County, is a rare example of how such rural facilities evolve.

No matter what happens to the building, its history is secure, summarized on the historical marker and in the memories of those who attended school there.

Where It All Began The free exhibit in the Southlake Town Hall lobby and Southlake Public Library marks the 1919 Carroll School
centennial. July 12-Sept. 6. 1400 Main St. Exhibit hours are 10 a.m.-8 p.m. Monday through Thursday; 10 a.m.-6 p.m. Friday
and Saturday; not open on Sundays except July 28. An ice cream social and reception is 5-6:30 p.m. July 28; free and everyone welcome. For more information, go to southlakehistory.org.