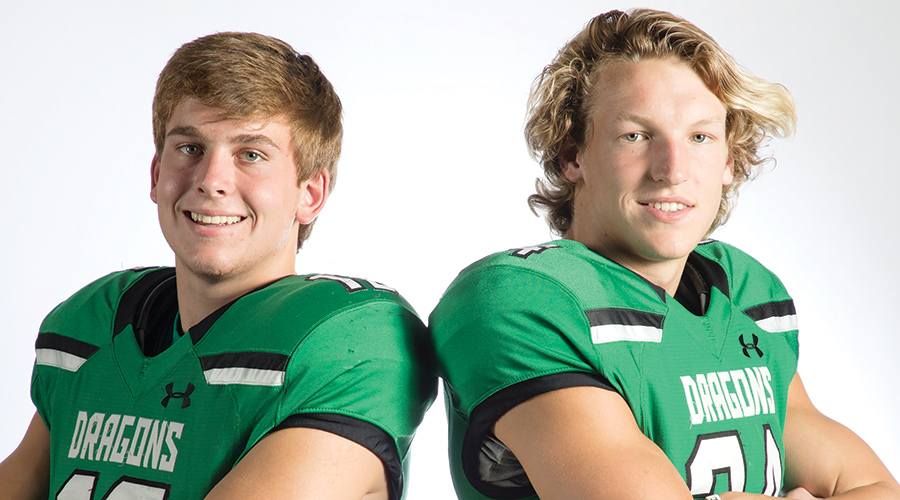 Senior veterans provide the leadership and the talent. They are key to putting last year’s playoff loss behind them and this year’s season in the spotlight.

Every successful football team — well, anything that measures itself by distinction — requires in its DNA the one ingredient that coaches will move heaven and earth to find.

Leaders. They are worth their weight in Bitcoin.

The Dragons already have traditions, expectations and standards. They require leadership to maintain them all and to hold teammates accountable.Carroll has them in a good senior class, one that also possesses integrity.

“One of the hardest things is being the same guy 365 days of the year,” says Preston Forney, who is working on his third varsity letter in the program. “If you’re going to hold people accountable for certain things, you better make sure you’re in check also with those things.”

Forney and Graham Faloona, both senior linebackers, are the steady exemplars of the Dragons’ senior leadership corps. They have a bigger job than simply a line of defense.

“It has a lot to do with the mindset of our team,” says Forney, who plans to continue playing football at Lafayette College in Pennsylvania. “Everyone is on the same page and bought into the same goals. The love between us, the unity. That’s very special with us.”

Love and unity? That’s the stuff of Lafayette himself.

What say you, Preston Forney?

“It’s pretty easy for the seniors to be tight with the other seniors and sophomores. The sophomores, when I think of our team, our seniors are just as good of friends with the sophomores. No one cares what class you’re in, everyone is just buddies. That love builds over time. It starts with off-season workouts with trust and love, and that just builds throughout the buildup of the season.”

The senior leaders’ job this year also will be helping along a sophomore quarterback, Quinn Ewers, who is being thrown into the fire in the highest, most competitive level of Texas high school football. In addition to the District 5-6A schedule that includes the budding rivalry with Denton Guyer, a big nondistrict game with Odessa Permian awaits.

The latter pits two tradition-rich football programs that are steeped in history.

Faloona knows something about the toll such pressures can take. He almost gave up football as a sophomore. Distractions off the field caused him to lose enthusiasm for the game. The sacrifices became less appealing.

His teammates rallied around him, listened and gave a hand.

It takes a village, this football thing.

His biggest influence was Jacob Doddridge. When you talk to these guys, Doddridge’s name comes up frequently.

Doddridge was quite an influence on his younger teammates.

“With Jacob, he noticed it in me at first,” Faloona says. “He talked with me. He encouraged me to keep working.”

Says Forney about Faloona: “For me, I was, like, ‘That’s impossible. You’re too good to quit.’ He wasn’t having fun. Obviously, that’s changed. Now, he’s having a ball.”

The head coach also had a role in his return. Riley Dodge, who had just been hired, asked Faloona to give him a chance to convert him.

“Dodge made me love the game again,” Faloona says.

Suffice it to say, everybody’s glad he didn’t quit. And the decision to stay with it has paid off for Faloona. He has committed to play in college at Utah.

“I’m glad I stayed, too,” Faloona says. “I knew what the right thing to do was.”

The senior leaders have adopted the mantra “Gone, but not Forgotten.”

It’s a reference to the bitter taste of defeat the last time they took the field, a blowout loss to Duncanville in the Class 6A Division I final. It was the least joyful moment of the holiday season.

In sports, you’re coached to put both victory and defeat behind you. But with the losses, you want to keep some of the rottenness with you as a reminder.

Gone, but not forgotten.

It’s another important task for the leaders, who vowed that such a defeat and the feeling that went with it “wouldn’t happen again.”

“This group of guys, I’ve never seen a team as close,” Faloona says. “We’ve all grown up together. We’re one of the few classes old enough to be influenced by the 2011 state championship team. I think it’s propelled us and motivated us to keep going and playing football.” 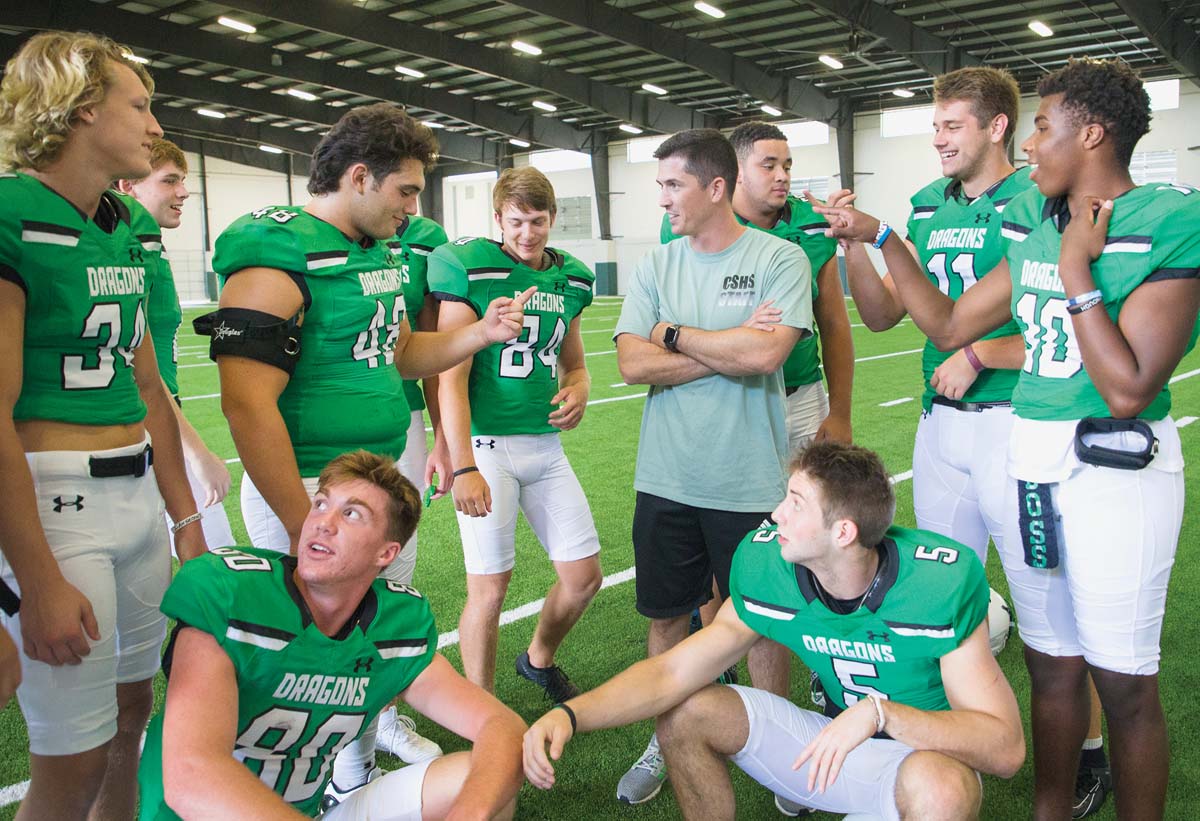 Coach Riley Dodge looks to his veterans for leadership.