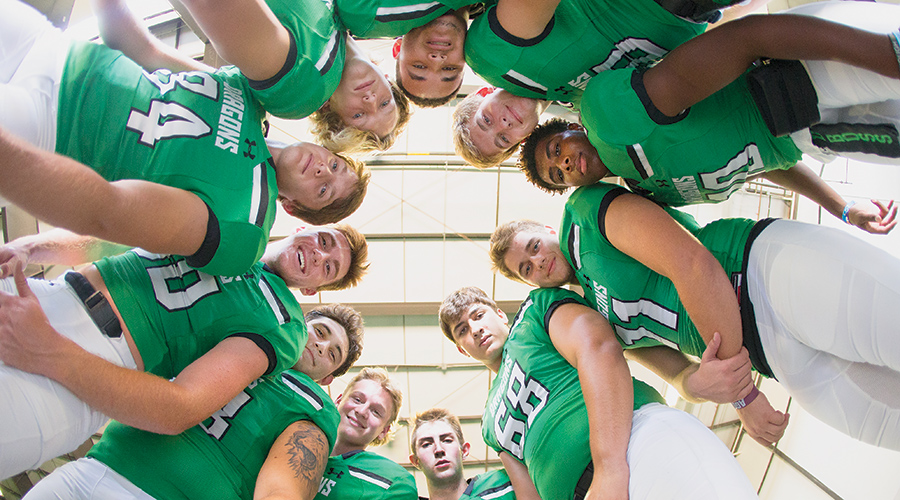 “Our mindset is not restart,” he says, “but reload.”

The motto for Dragons coach Riley Dodge when it comes to replacing talent each year shouldn’t come as a shock. This is Southlake Carroll, after all.

Still, there are plenty of questions, especially on offense, for a squad that went 13-1 last season and reached the regional finals. The graduations of quarterback Will Bowers and running back TJ McDaniel alone account for more than 5,400 yards and 60 touchdowns of lost offense during their years as Dragons. Despite those departures, Dodge feels good about what he’s seen coming out of spring and summer.

“I’m very excited about the group we have coming back,” Dodge says. “We lost some veteran talent for sure, but we’ve still got some guys who have played a lot of football. On the offensive side of the ball, we’ve got a couple of guys who are two-year starters that played 14 ballgames last year. We have some youth on the offensive side of the ball, but we’ve still got some veterans at the same time that we can lean on. I’m excited about the youth, as well, because they’ve got a lot of talent.”

One of the talented youngsters is Quinn Ewers, a sophomore who won the starting job at quarterback.

“He’s been through all of spring ball with us with a pretty heavy install,” Dodge says. “He led us to the 7-on-7 state championship game this past summer, where he called every play, not me. That’s the thing we like about 7-on-7, we run our own plays. We’re not a gimmick offense. We do what we do on Friday nights.”

“It was important for him to get in the huddle and call the plays and understand the framework of our offense. When you have a young quarterback — he’s a talented kid — you’ve got to make sure you’re putting the right things in his mind and not putting too much on his plate too quick.” 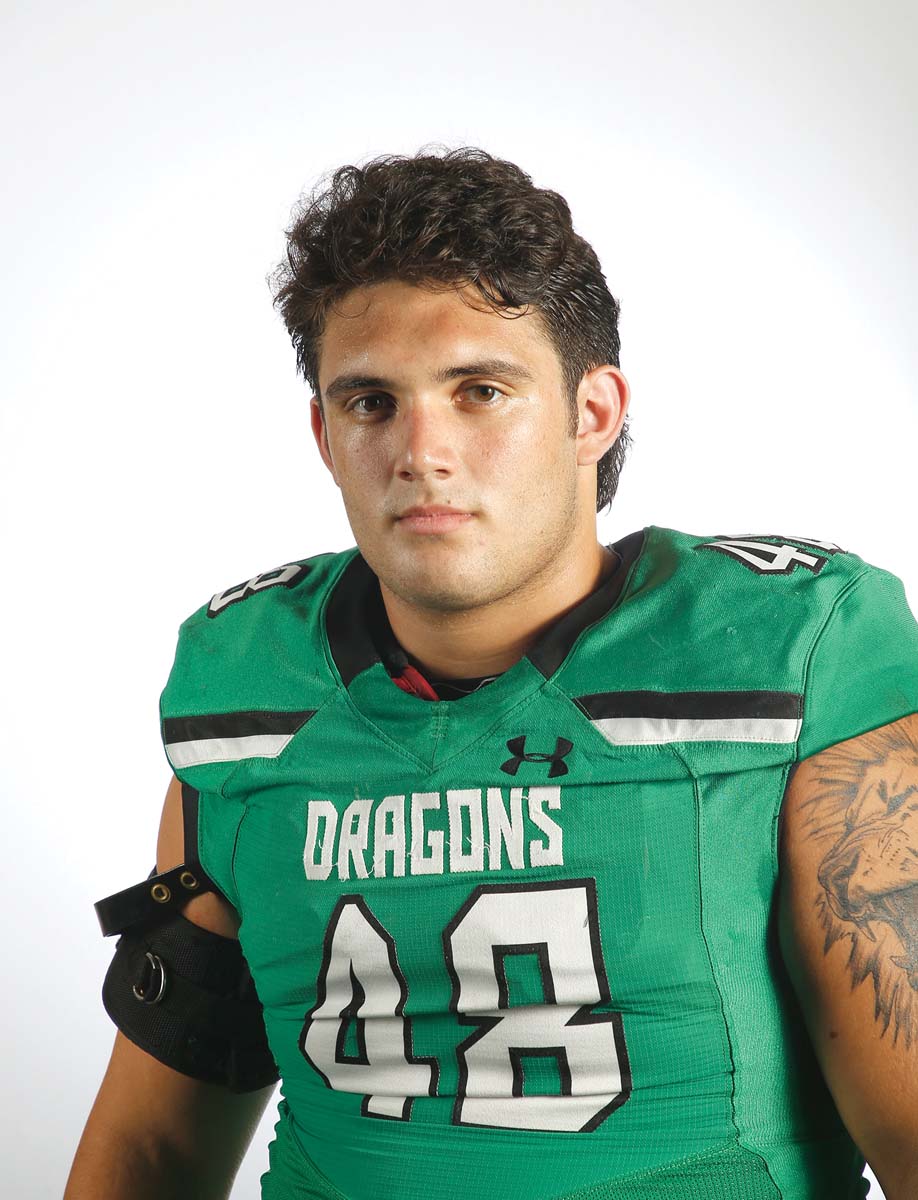 quarterback
———————————
Won the competition for starting quarterback in the spring. Helped lead Carroll to 7-on-7 tournament championship game in College Station.
What the coach sees “Talented kid that I’m still bringing along. One thing is I get to work with him every day as the quarterbacks coach.” 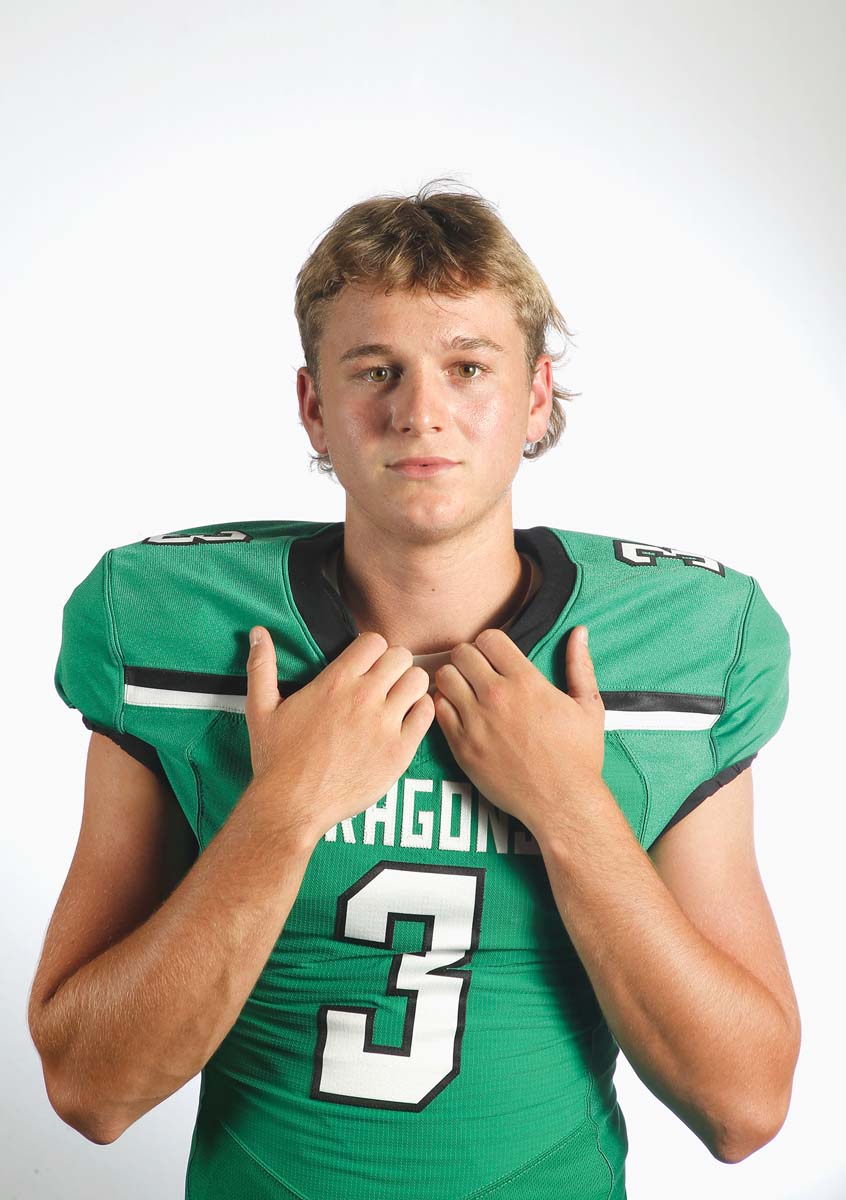 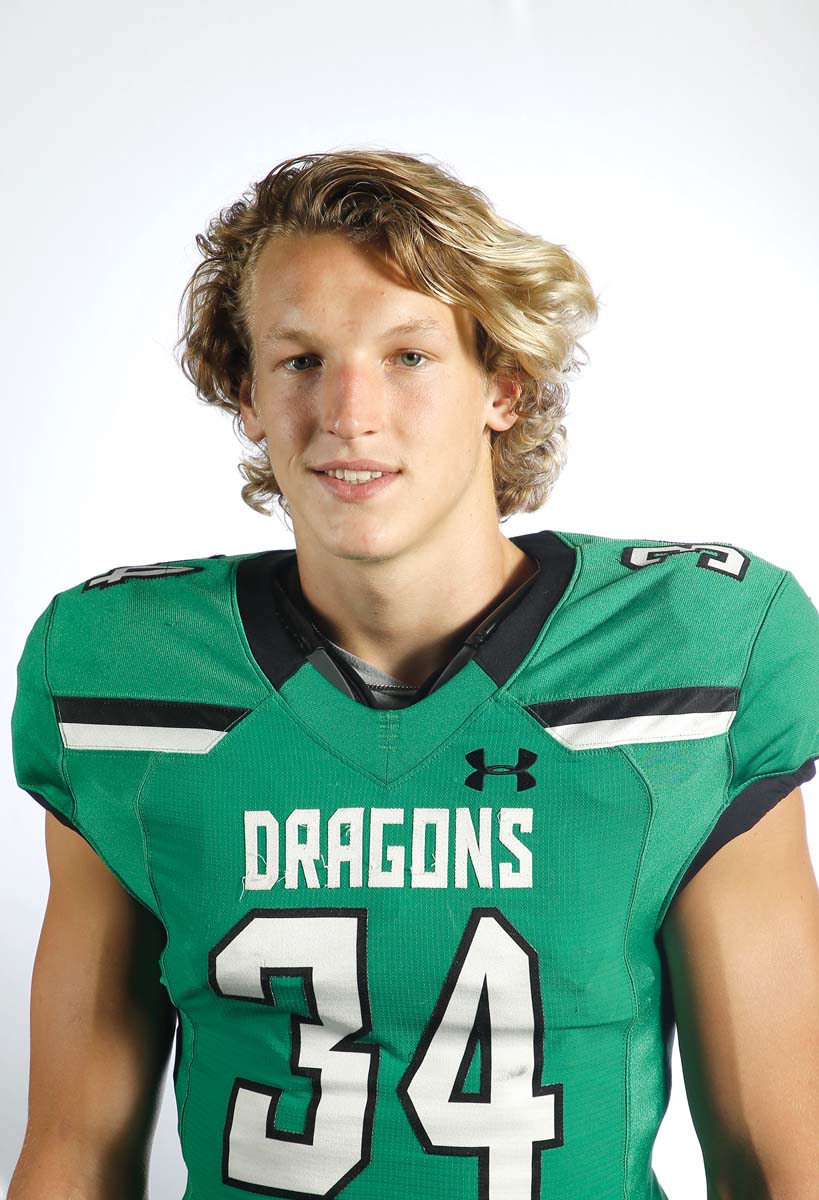 Committed to Utah. Nearly quit football before finding his love of the game again.
What the coach sees “Very dynamic and very athletic kid, very rangy. He’s all of 6-2½. He covers a lot of ground. A very physical player.”

Lafayette College commit. Classic middle linebacker with a high-motor and nonstop effort.
What the coach sees “One of the leaders on defense. Hard-nosed football player. Vocal leader … he’s essentially the quarterback on the defensive
side of the ball.” 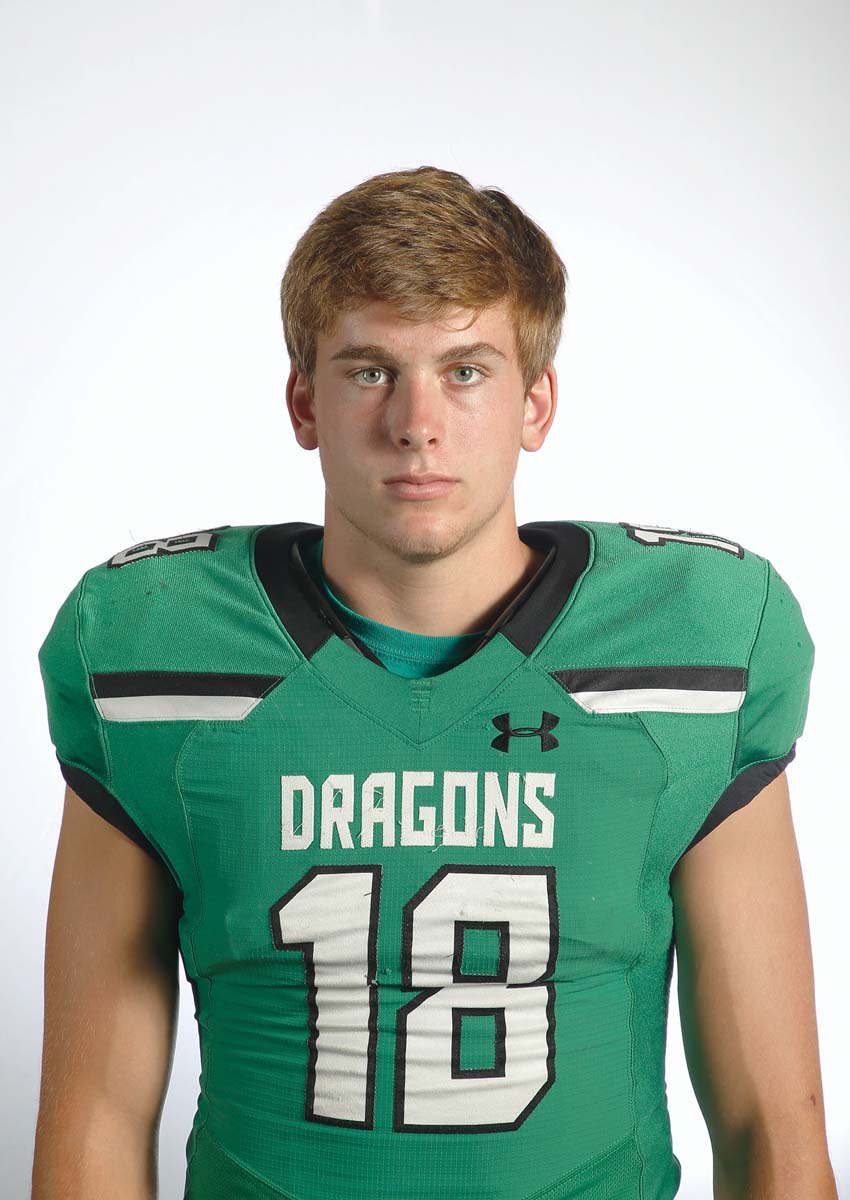 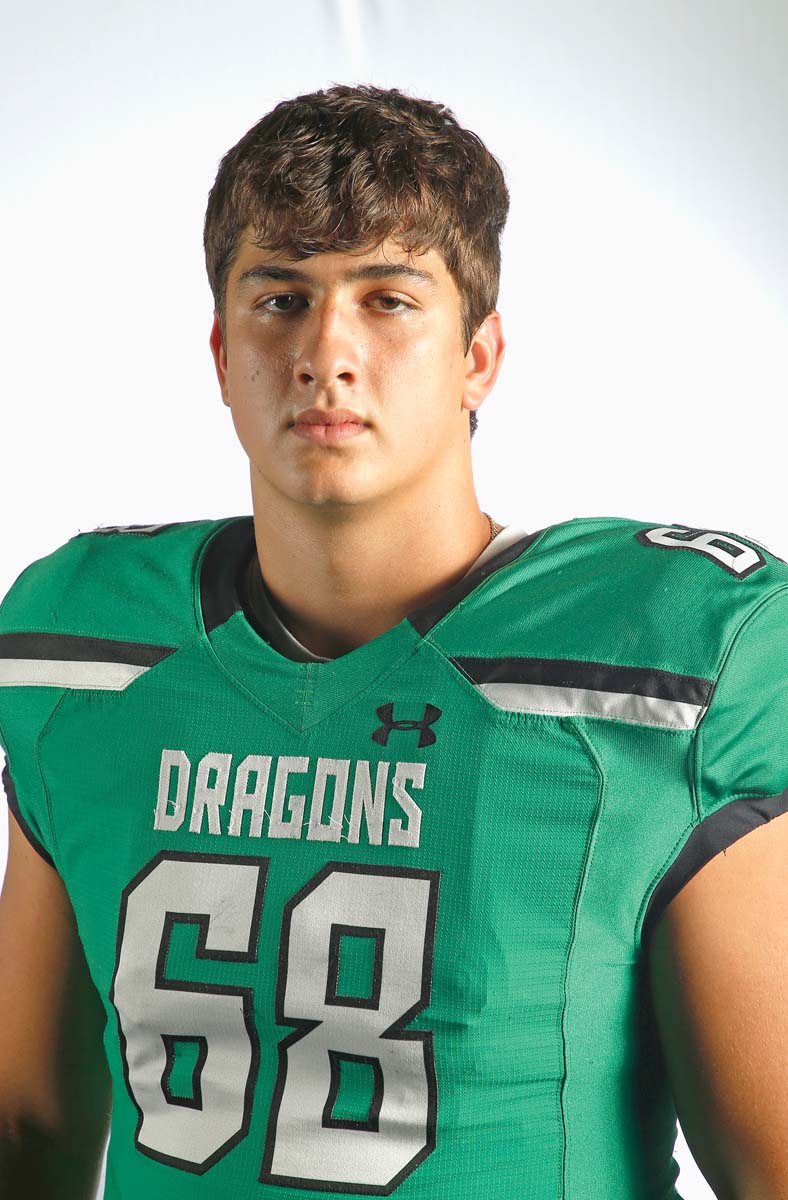 —————————————
Texas commit. Prototypical left tackle with tons of experience
What the coach sees “Very gifted. One of the most talented offensive linemen I’ve ever been around. He’s probably one of the best tackles in the state and the country. God gave him a lot of athletic ability. Kid plays extremely hard and loves football.” 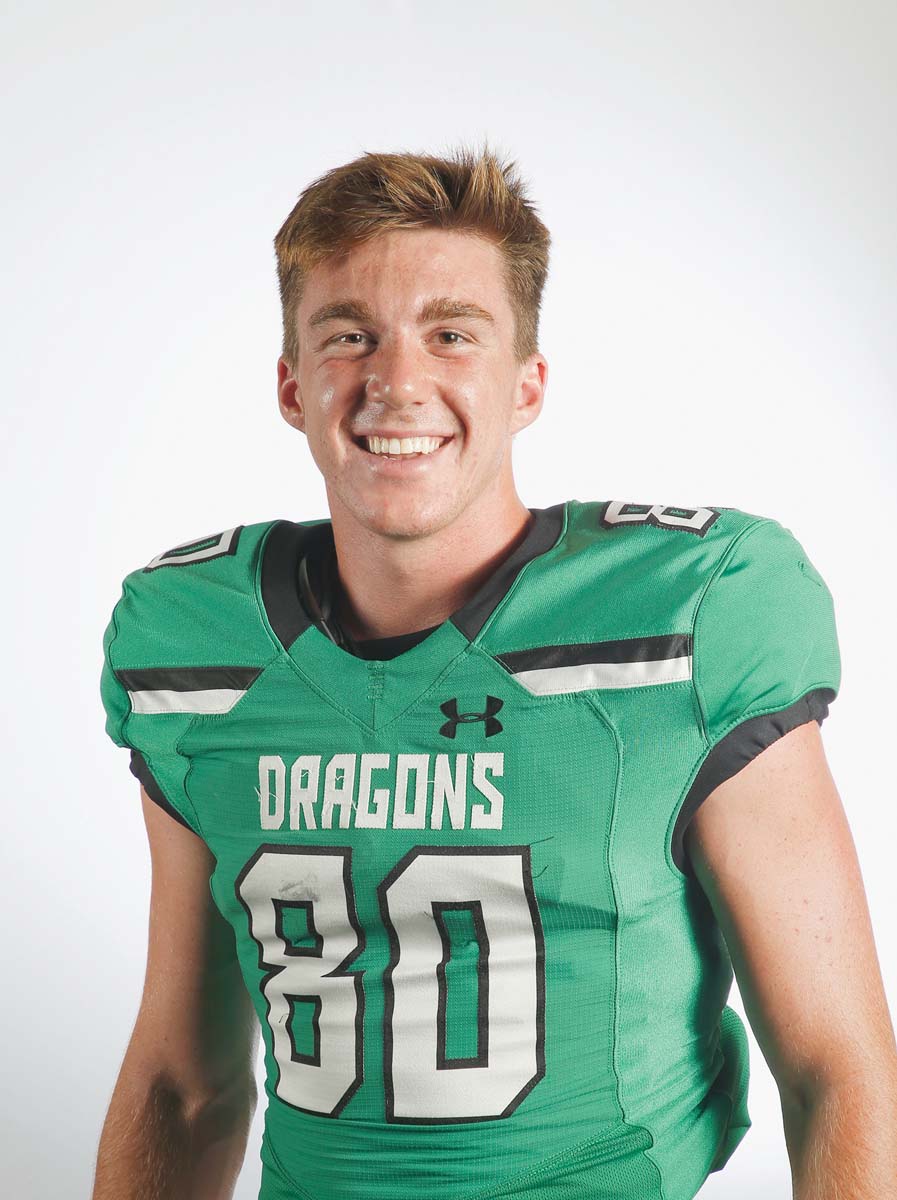 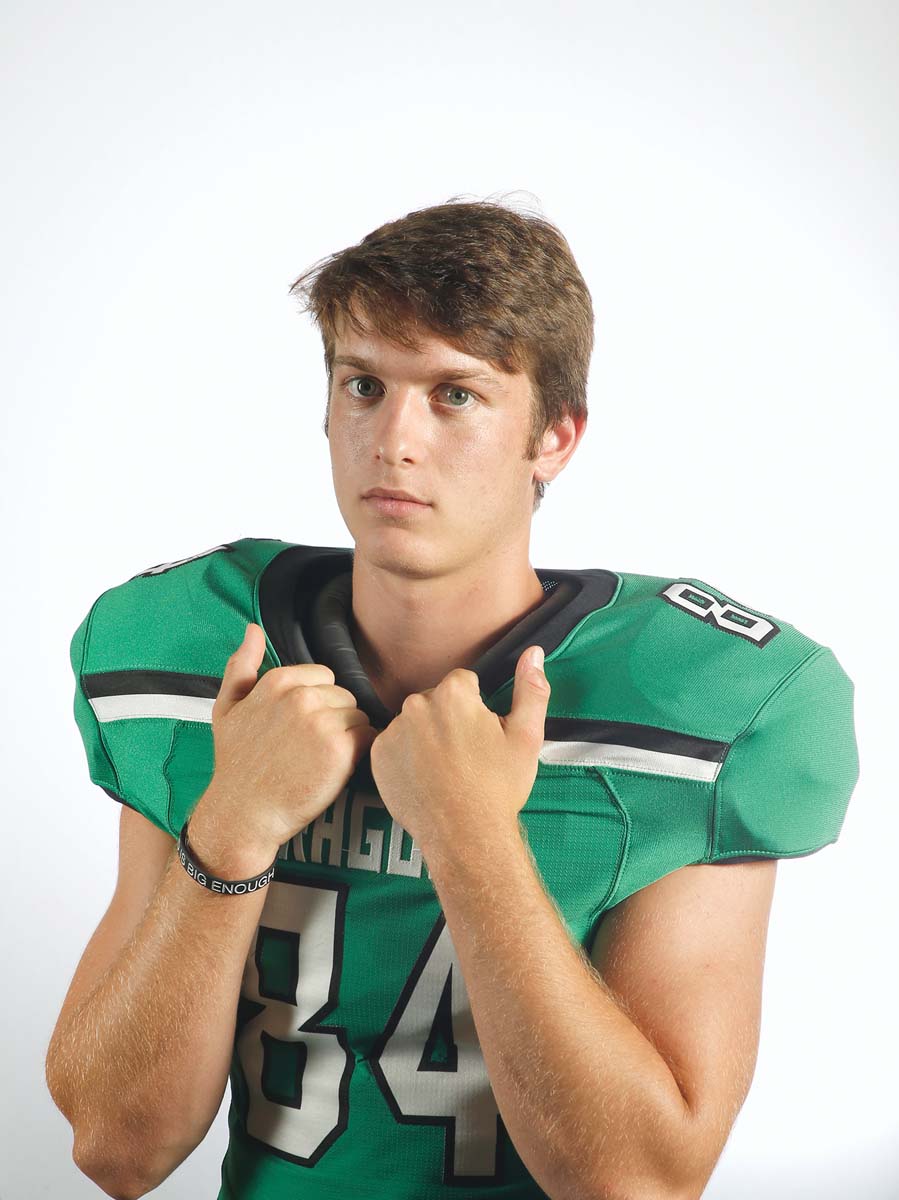 wide receiver
(4 catches for 65 yards, TD)
—————————————
Battled injuries last couple of seasons. Been on varsity since his sophomore year.
What the coach sees “He’s got a lot of upside. He had one of the better springs at the wide receiver position. We’re excited to have him back and have him healthy.” 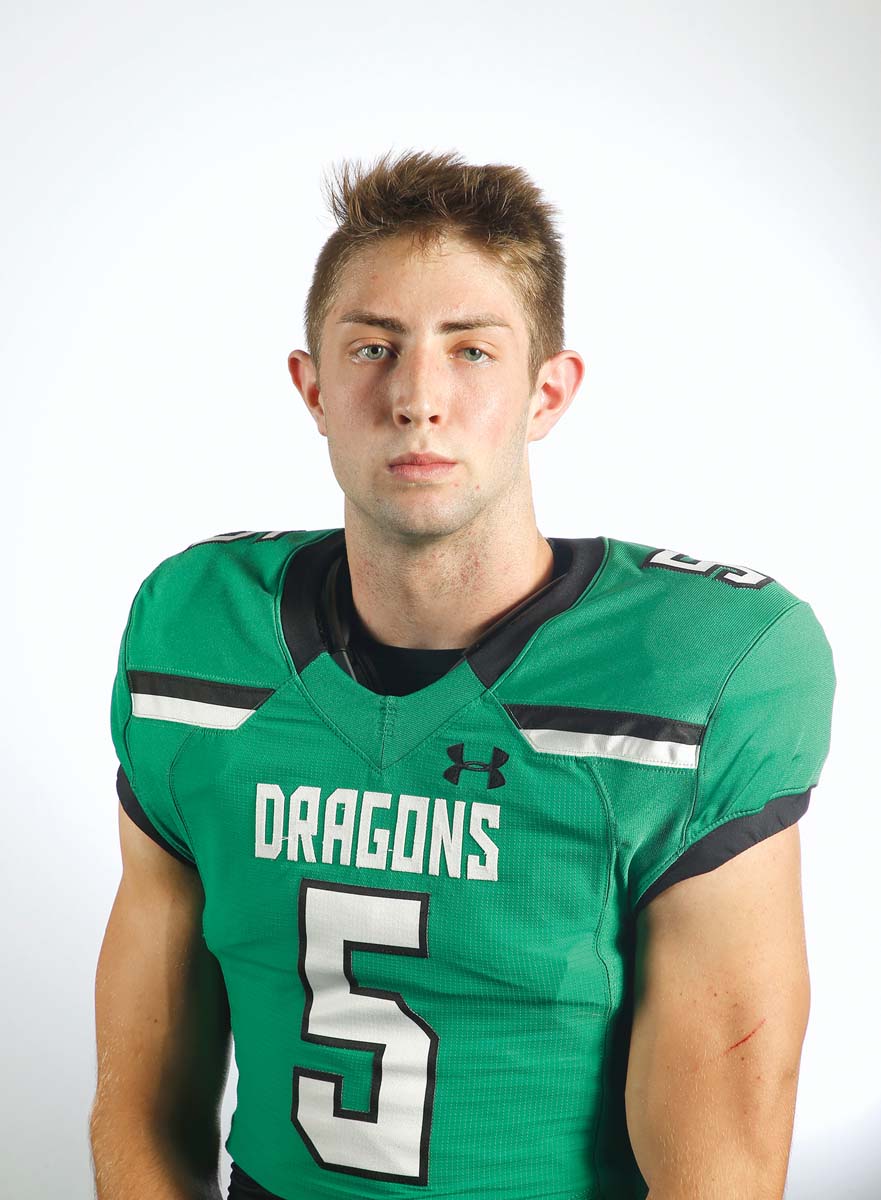 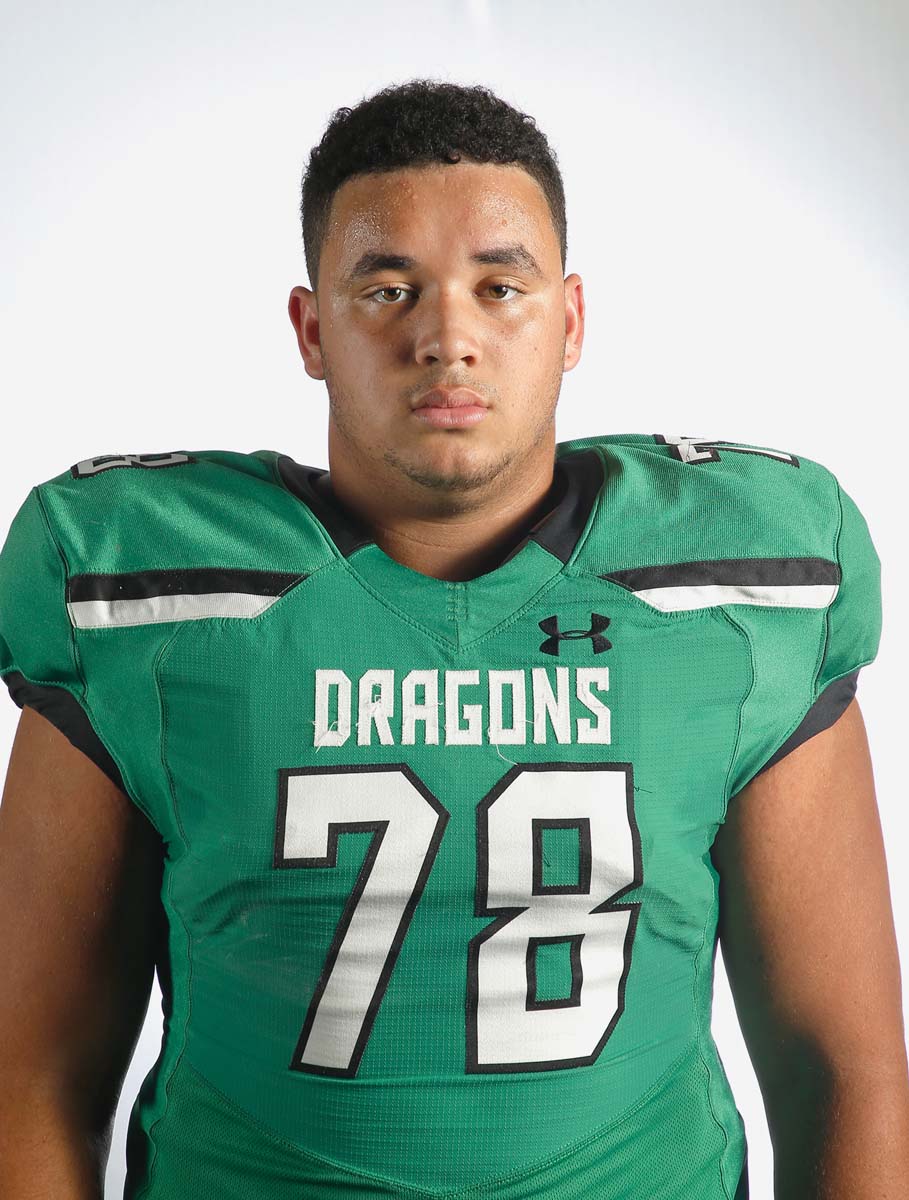 —————————————
Boston College commit. Versatile athlete who played wide receiver as a freshman and defensive end as a sophomore before moving to the offensive line last year with Dodge’s arrival.
What the coach sees “You’d think he’s played the position a long, long time. He makes all of our calls in the run game.”

tight end
(6 catches for 93 yards, 2 TDs; 251 yards passing)
—————————————
Texas A&M commit. Played some backup quarterback last year but was all-district at tight end.
What the coach sees “We can do a lot of different things with Blake. We can be very versatile with him on offense. He’s a great blocker. He’s smart, with a high football IQ. We put a lot on his plate.” 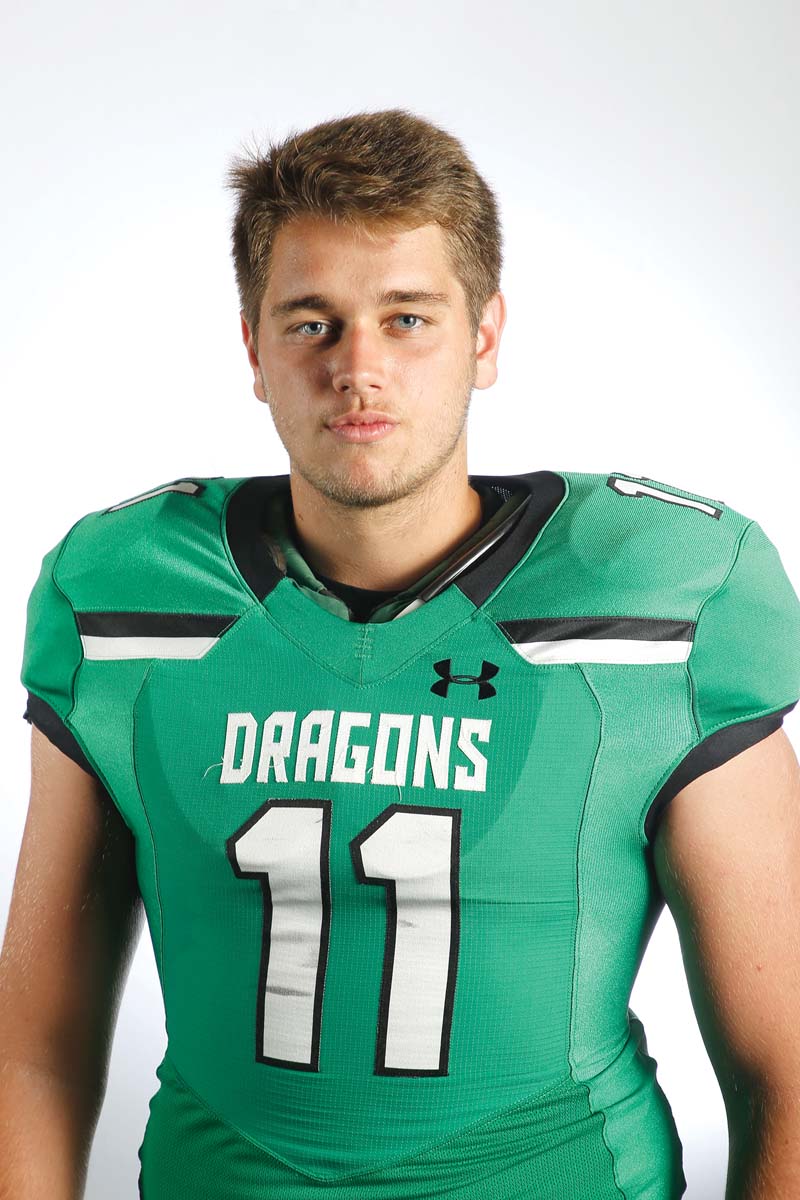