Not In Our Backyard 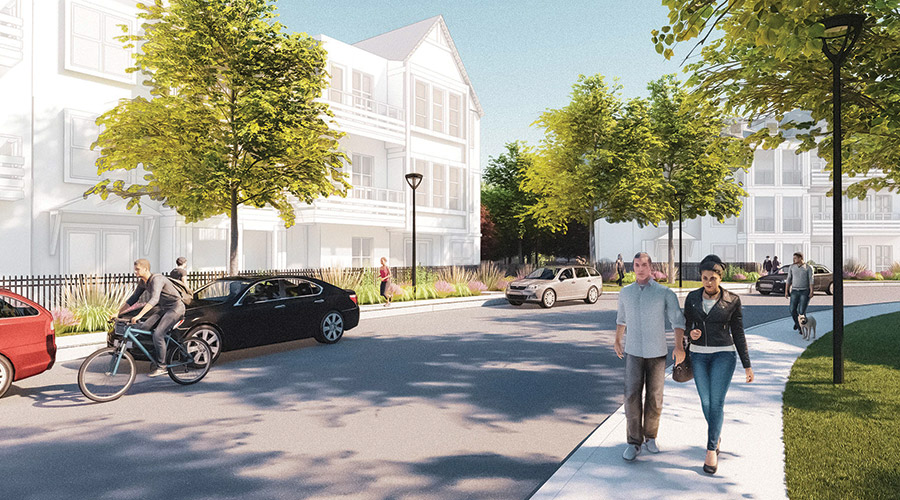 A Dallas-based developer has ditched plans for a high-end apartment complex next to Gateway Church in Southlake after residents voiced strong opposition at a recent Town Hall forum.

Preston Munster with CPG Development said they will stop at the planning phase “because of the extreme pushback.”

About 20 residents attended the SPIN (Southlake Program for the Involvement of Neighborhoods) forum in October at Town Hall, and they were united in their disdain for multifamily housing.

“We aren’t supposed to have apartments in Southlake. We don’t want them,” Southlake resident Pam Moore told Preston and other CPG reps. “Why couldn’t you go to Roanoke or Grapevine?”

Others followed, stepping up to the mike to share the same sentiment.

“It will change the fabric of the community.”

“Will there be any Section 8 housing?”

“What are you doing here?”

Munster, his mother and two brothers own CPG and presented plans because they wanted to hear feedback on the proposed apartment complex, named Tuxedo Park.

“We were not surprised with what we heard, but we’ve also spoken with a lot of Southlake residents who would like another option,” Munster said.

Tuxedo Park was planned for 21 acres at the northeast corner of East Texas 114 and Blessed Way, next to Gateway Church.

“It’s very sophisticated and a best-in-class apartment complex,”  Munster said. “It would be unique to Southlake.”

Plans called for the complex — also known as a multifamily housing development — to consist of 330 units in 16 two- and three-story cottages, spread out across 21 acres. Amenities included a clubhouse with a lounge, a resort-style pool, a fishing pond with pier, dog parks (for small and large canines), a city park, a trails system and a putting green.

Tuxedo Park residents would have been required to have a credit score of 775-plus (the average in Texas is 100 points lower) and an annual income of $125,000 or more, and the average rent would be $3,000 per month.

Of the 330 units, about 70 percent would have only one bedroom. The rest would be two- and three-bedroom flats and all would have marble countertops, high-end appliances and hardwood floors.

Potential residents included retirees looking to downsize, professionals who work at corporate campuses along Texas 114 and business travelers who need a home base close to DFW Airport.

Munster said CPG had planned to donate 10 apartment units to deserving teachers and public service employees who otherwise couldn’t afford to live in Southlake, where the average market value of a home is $778,000, according to the Tarrant Appraisal District.

“We also planned to donate $1 million per year to local Southlake charities and nonprofits with the proceeds from Tuxedo Park,” Munster said. “We sincerely hope to be able to do that someday, if the tide changes in Southlake.”

Tuxedo Park isn’t the only apartment complex being discussed in the city. Another would be a multistory “residential club” east of North Carroll Avenue, next to the Southlake Department of Public Safety Headquarters. It’s being considered by Cooper and Co. — formerly Cooper and Stebbins — which developed Town Square. A public meeting is scheduled for Nov. 4 to learn more about the project.