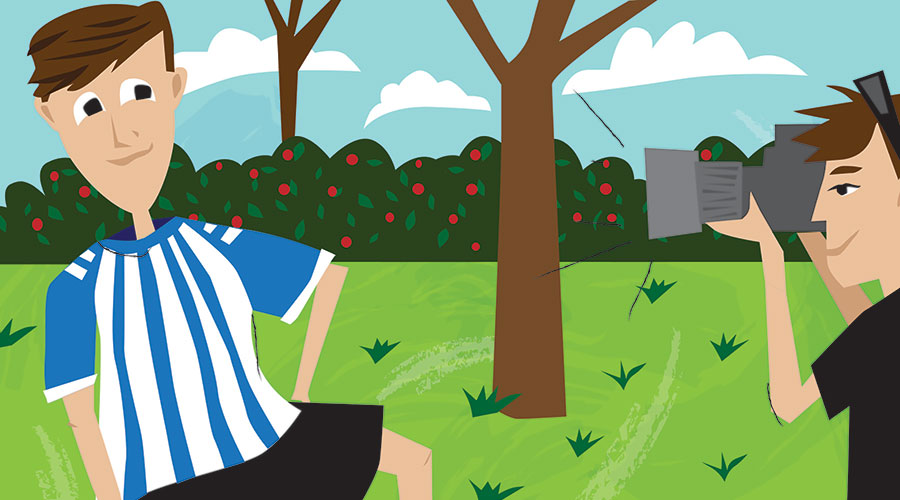 Some photographs are worth a thousand words and a dozen wardrobe changes. Plus a little sweat and a lot of tears.

Every parent with a high school senior knows the drill. Sometime between the summer after junior year and the spring when graduation announcements are sent out, you have to get them done: senior photos.

I had always been a procrastinator. And I think part of me wanted to make sure my sons would actually graduate before I booked a photographer.

But this year, as my youngest son finished his junior year by taking online classes because of COVID-19, I didn’t want to wait. I scheduled a session this summer.

Then the hard part started. These days, senior photos aren’t as simple as taking a few snapshots in the backyard. They are elaborate, afternoon-long ordeals that involve multiple wardrobe changes and a trunk full of props.

I started looking online for ideas and info on how to prepare and soon realized the amount of work facing us.

He would need to showcase his hobbies. Online gaming didn’t seem photogenic, but he did play soccer, so we could work with that. The only trouble was the team had turned in their uniforms; I’d have to order something similar online, as well as a new soccer ball to serve as a prop.

He also would need some formal attire. A quick look through our closets revealed he didn’t have a suit or even a blazer that fit. Luckily for us, stores had reopened, so we masked up and did some quick shopping.

Now to the locations. Ideally, we would get photos in Dragon Stadium, and we did have team photos taken there, but the school district had closed it because of the pandemic. However, Southlake parks had reopened. We surveyed Bob Jones Park, the site of his soccer exploits going back to preschool. It seemed right.

A location for the formal photos was more challenging. We drove through various parks along Lake Grapevine but couldn’t find the right spot. It wasn’t until we were returning to Bob Jones that we discovered North Park, a public green space on East Dove Road. The park had a lovely pond, gorgeous Austin stone-facade buildings and, best of all, a restroom for wardrobe changes.

When the day of the shoot arrived, of course it was 100 degrees. I packed water, towels and tissues, and we set off.
The photographer started to work, posing my son, setting up various action shots. I sat back and watched, pulling out my iPhone every so often to capture the moment — as I had so many times before — and document this momentous occasion.
I got a workout, too, helping move soccer nets and fetching the ball my son headed into the parking lot more than a few times.

At the formal attire photo session, I helped tuck in his shirt and straighten his tie as the photographer loaded up a new memory card.

Wasn’t it just yesterday I was doing this for his kindergarten graduation? I remembered that day at Rockenbaugh Elementary, watching him cross the stage in his little seersucker suit. Then, as now, he seemed sure of what he was doing as he gave the camera his “serious smile.”

After so much time and effort spent preparing, the actual photo session flew by. As I toweled off my sweat and tears, I realized my son had grown up in what seemed to be mere moments.
It was over in a flash.

Kathryn Hopper is a Southlake writer who has stocked up on towels and tissues in preparation for her son Andrew’s senior year.