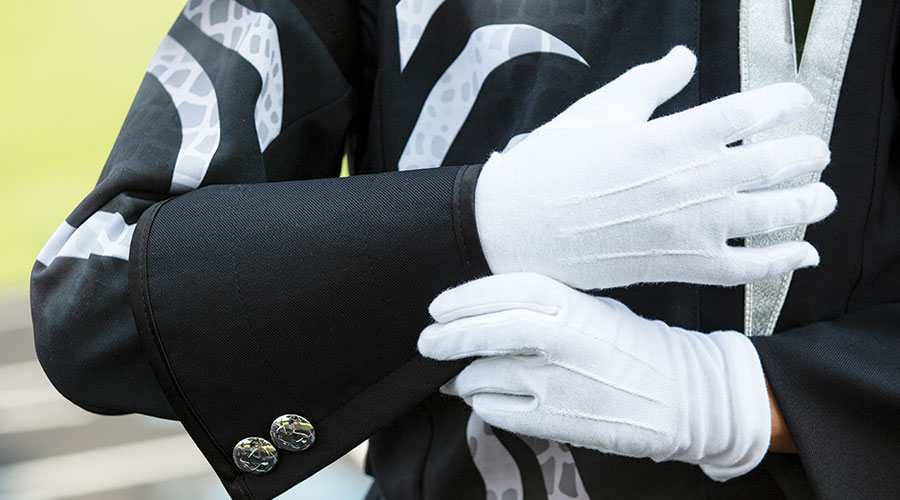 From competitive horseback riding to the Girl Scouts to her role as a senior drum major in the marching band, Mattie Kleespies is driven to succeed.

Taking stock of the Carroll marching band in early August, drum major Mattie Kleespies gave us an impromptu status update. They were on pace for Game 1 against herculean Highland Park on Aug. 26.

“It’s going well,” she says. “We’re learning part one of the halftime show and just now starting to put things on the move.”

The listener found something synchronous in the vision she had painted. 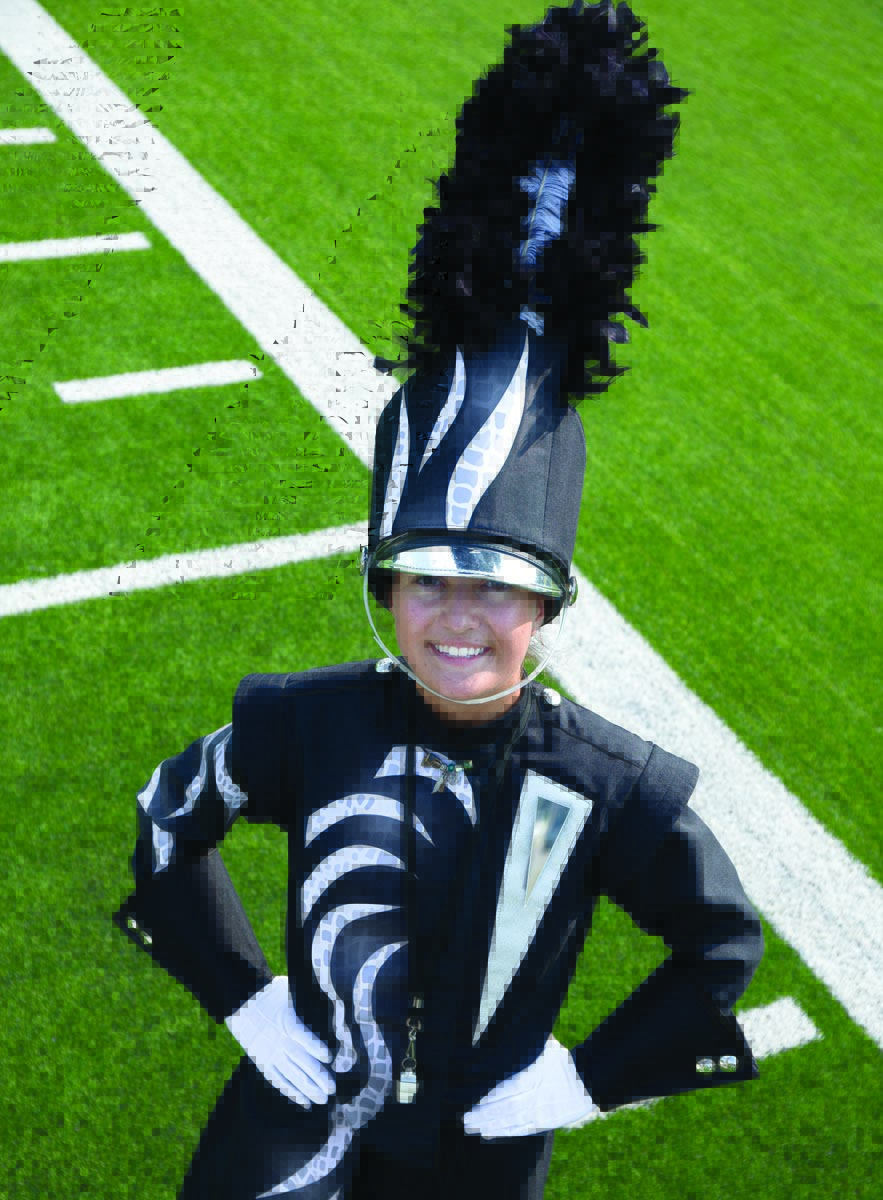 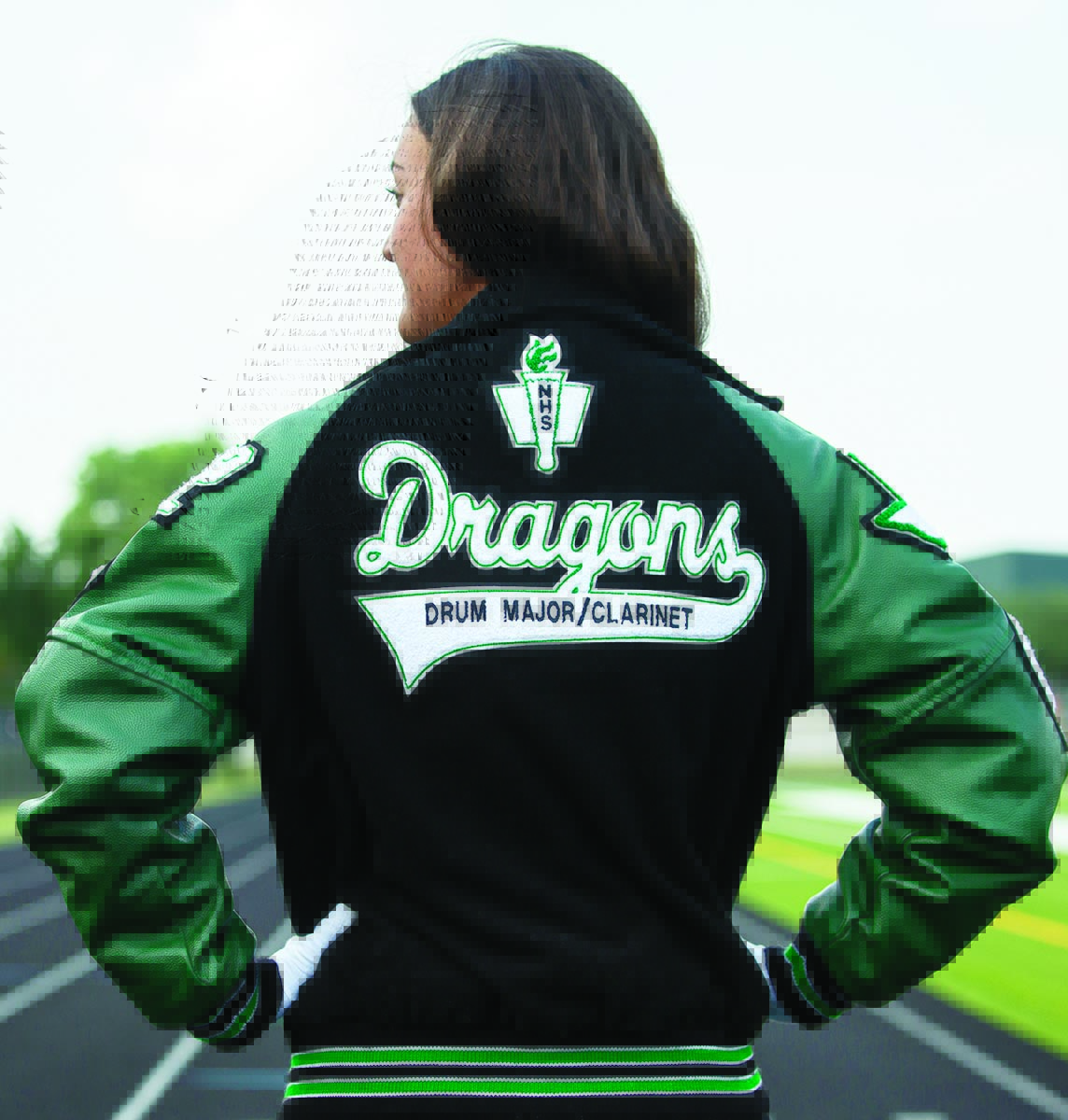 It’s plain to see that this drum major is on the move, as in — and any suggestion of being trite is unintentional here — going places as she ably juggles her various obligations at school. In addition to her responsibilities with the band and her role in the Carroll Wind Symphony, Kleespies is a member of perhaps the school’s most select group of senior students, the elite Green Jackets, a service-oriented organization.

Eight males and eight females are chosen through an exhaustive selection process for the honor. The marching band has high standards, too, characterized by the acronym RISE (Relationships, Integrity, Skill Set, Enthusiasm). Kleespies borrowed it to explain her philosophy to faculty members who nominated Green Jacket candidates.

Kleespies wrote in her essay: “I believe [RISE] is also applicable to the role of a Green Jacket. The four characteristics that the acronym stands for are the qualities found in servant leadership, the philosophy of leadership in which the goal of the leader is to facilitate the success of their organization through inspiring those around them.”

The first letter, she continued, stands for relationships. “Leaders cannot lead unless they understand the people they are leading.”

This explains Kleespies’ effectiveness in leading the marching band. Drum majors put down their instruments — in Kleespies’ case, the clarinet — to conduct their various sections. They also are active behind the scenes, serving as a liaison between the band members and the directors.

In fact, Kleespies joked: “We’re kind of the human resources of bands.”

This year marks Kleespies’ second as drum major. She served as an understudy of sorts last year to then-seniors Carter Doby, Libby McTaggart and Megan Wolf. “They were all-around really good at everything they did: awesome students and even better conductors and friends.”

Music has been a part of Kleespies’ life for as long as she can remember, starting with the piano at age 3. She has been playing the clarinet since the sixth grade.

Doby, her friend and mentor as a drum major a year ago, is studying aerospace engineering at Purdue. He says Kleespies at times plays both instruments in the Wind Symphony, switching off the clarinet to play the piano on the occasional song. He also lauds her role during the pandemic.

“We were figuring out everything we could do to make the year enjoyable and a worthwhile experience despite the challenges we were faced with,” says Doby. “She played a huge part in that, even though she was a junior and the rest of us seniors. She did as much as the rest of us, if not more. There were so many times she had an amazing idea and then we’d take that to our directors and put it in place.” 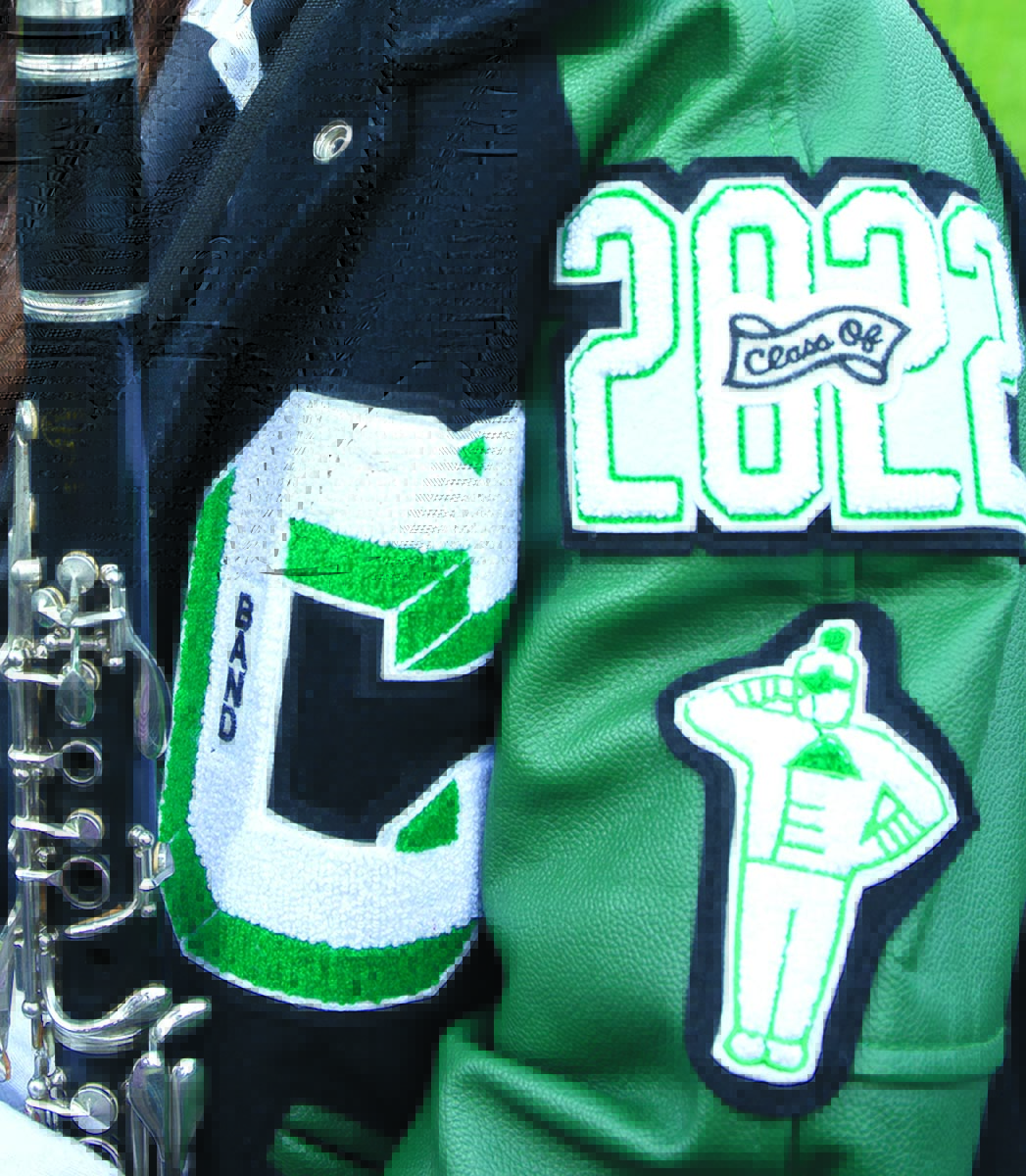 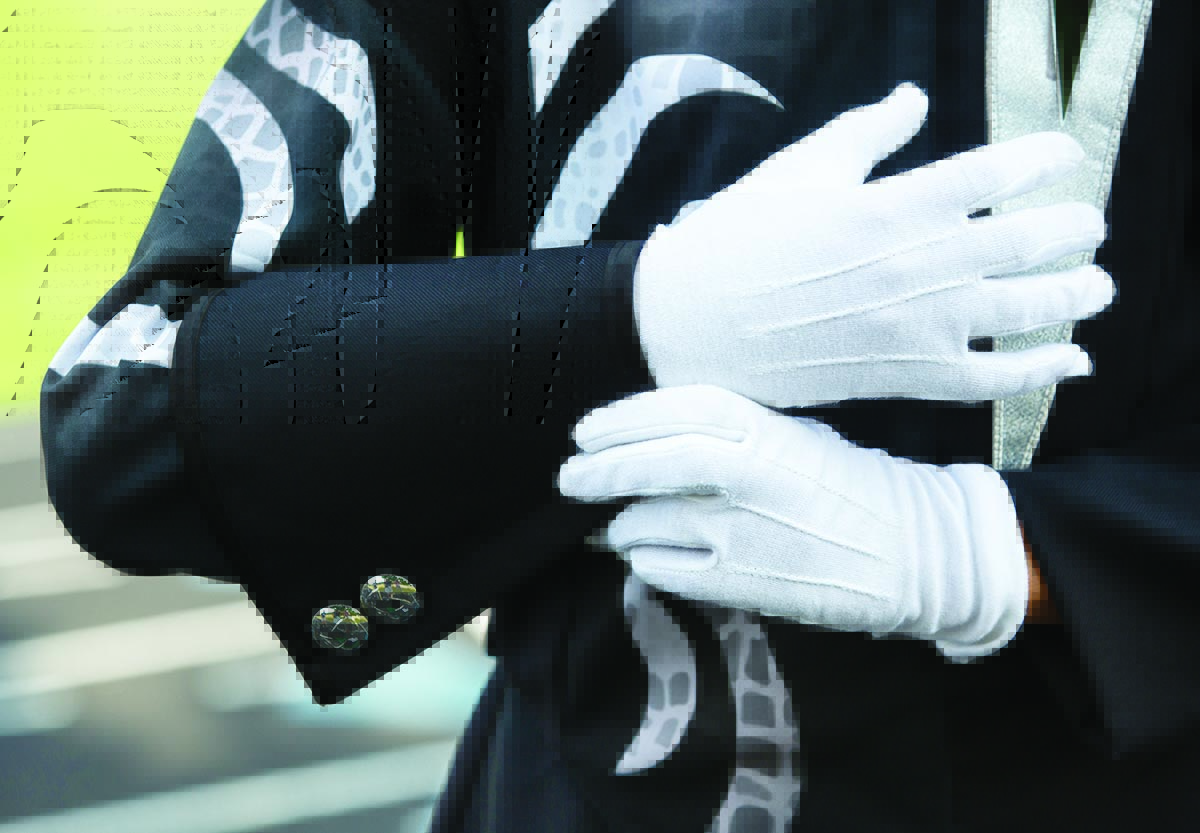 Kleespies also earns kudos from the higher-ups. “Despite a multitude of responsibilities that go along with the position, she is routinely asking the band staff if there are additional things that she can be doing to help us out,” says Carroll band director Ken Johnson. “Mattie
is often the first one to arrive at the band hall each day and the last one
to leave.”

Away from the football field, you will probably find Kleespies on the back of a horse. She has been riding since she was about 8 years old, a love she discovered through her childhood friend Madeline Sexhus. Kleespies owns two horses, Tahoe (Kool Impression is his formal name) and XO (Kool Ambition), a mare. “We got Tahoe when I was about 10,” Kleespies says. “He was my starter horse. He taught me everything I know. XO — we call her ‘beast’ — is very, very feisty. I did a lot of her training.” Tahoe is retired, but he will live out his days with the Kleespies family, she says.

For several years, she competed on the Dallas Hunter Jumper Scholarship Circuit, but she had to drop competitive show jumping because the schedule conflicted with band. But she still loves to ride. Kleespies’ equine prowess in school — about 15 hours a week for two years — was enough for her to earn two high school physical education credits. As a matter of fact, one of a number of patches on her very busy letter jacket reads “Equestrian.”

Kleespies is also a Girl Scout and just recently completed her Gold Award project, which is the equivalent of Eagle Scout projects in the Boy Scouts. For her project, she spent three weeks (more than 85 hours) renovating a space at Heavenly Child Care Development Center in Dallas by painting walls and murals.

Kleespies’ experience as a drum major also is playing a role in her future. She plans to attend either Vanderbilt or the University of Texas at Austin to study human and organizational development (academia’s way of saying “human resources”). And play in the university marching band, of course.