Press enter to begin your search
FeaturesParty On 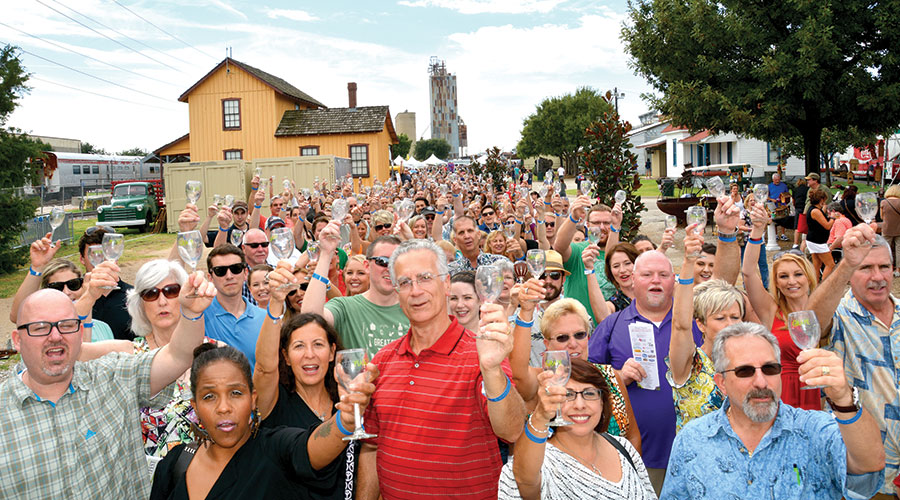 As the winecentric festival turns 35, founder Paul McCallum reminisces about its beginnings and invites all comers to toast its success

To know Paul McCallum is to understand how GrapeFest became a juggernaut in the annual pantheon of Texas festivals. The Grapevine Texas executive director arrived in 1987 to transform the town from a dusty little place near the airport to a vibrant destination with a bustling historic Main Street. Understanding that the Texas wine business — and the public’s passion for wine — would soon explode, he fashioned a party that eventually would attract as many as 260,000 patrons on a festival weekend and serve to jump-start a year-round tourist business built on visitors happily wandering from one tasting room to another. 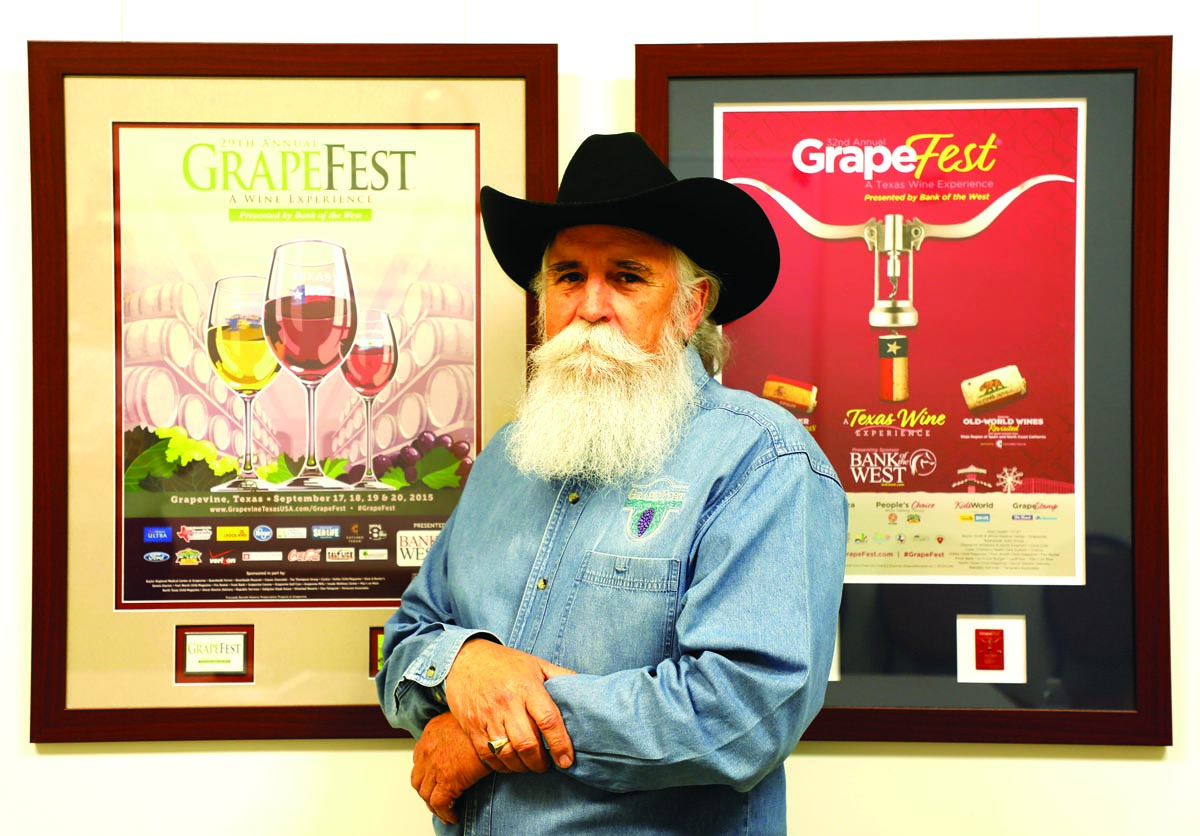 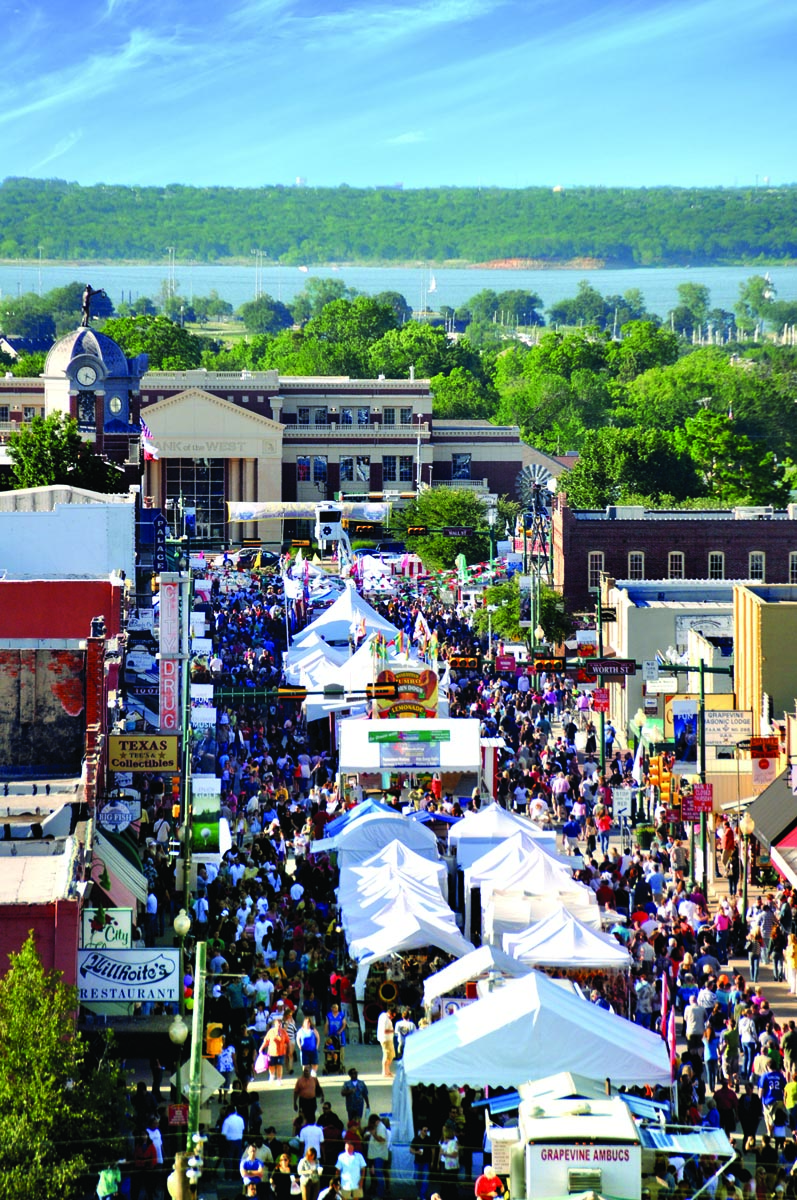 McCallum, or P.W. to his friends and acquaintances, is known for a big smile behind his long, silvery beard and a soft drawl that makes his Australian accent even more lyrical. He is easygoing but has considerable energy within his nature, too. Almost as soon as he launched GrapeFest — which celebrates its 35th anniversary when the four-day extravaganza kicks off Sept. 16 — he felt sure he could sell Grapevine and Texas wine culture beyond the state lines. To that end, he adopted, as part of his signature look, a grape-cluster hatband for the Stetson he wears nationwide and abroad to promote his adopted hometown.

Looking back at the exponential growth of GrapeFest and, consecutively, Grapevine, McCallum quips, “Yes, there’s a lot of wine under the bridge.” He loves reminiscing about how eager he was, in moving from the Fort Worth tourism office — where he staged popular festivals in the Stockyards — to launch a fall celebration at his new job. Grapevine’s Main Street program was in its infancy. Few storefronts were active; malls and strip centers had drawn businesses and traffic away. As in many a small town, its downtown had begun to atrophy. Wine consumption was on the rise, however, and the Texas wine business was just starting to get some traction — never mind that you couldn’t yet buy any in Grapevine. McCallum believed the harvest festival needed wine at its center.

“When GrapeFest began, there were about 18 wineries in Texas [now there are nearly 500], so we bonded in those early years with wineries. Our growth, along with the wine industry’s, helped boost the Grapevine image beyond that of two bait shops and a stoplight.”

He sought wisdom from early pioneers in Texas wines, such as Dr. Bobby Smith, founder of La Buena Vida Vineyards in Springtown, and Bobby Cox, who founded Pheasant Ridge near Lubbock. The experts provided guidance and contacts.

“We decided to focus on Texas wines and to put on a one-day festival, letting people taste them,” McCallum recalls. “We created the People’s Choice event, letting guests judge the wines. We designed the score cards in a humorous way, even allowing comparisons to the wine coolers that were popular then. When guests crossed out the funny commentary options and wrote in serious comments, I said, ‘We have a serious event here.’ ”

In GrapeFest’s first five years, the People’s Choice event, the heart of the festival, grew to include multiple sessions, with the number of participants capped to manage crowds. Today there are 11 tasting-and-voting sessions in all, sometimes accommodating 900 people per session. A VIP session allows 150 participants, who pay a premium price, the chance to taste all wines, visit one-on-one with winemakers and enjoy their sips in a relaxed space. 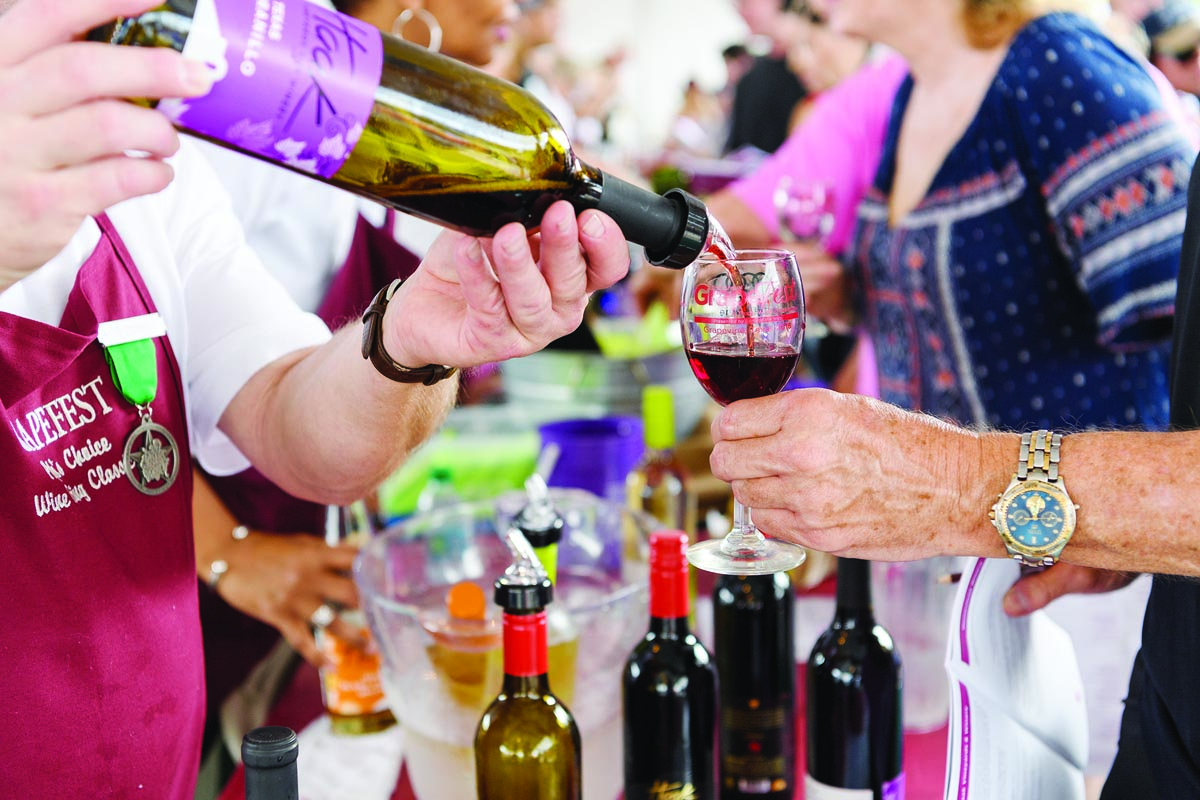 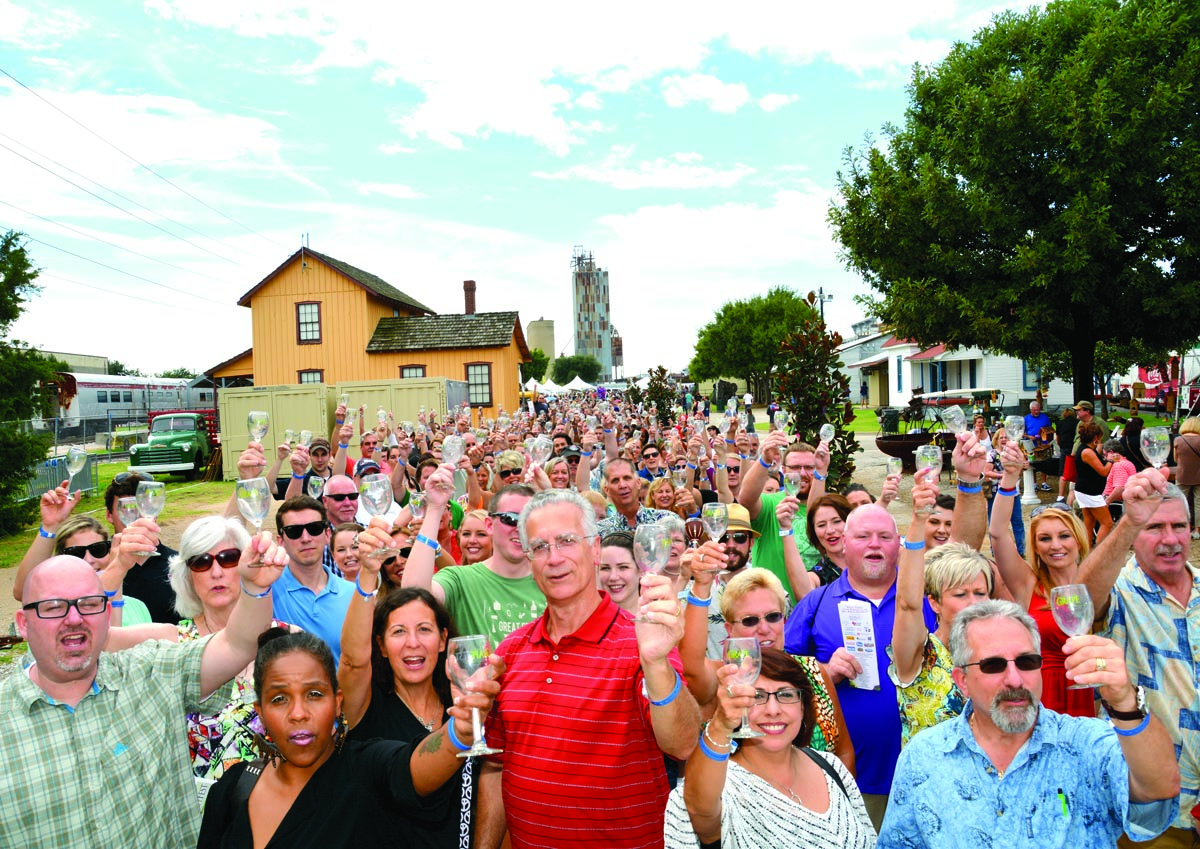 Eleven tasting sessions make up the People’s Choice event, which allows guest judges to sip wines and vote for the ones they like best.

As GrapeFest blossomed early on, it served as an incubator for the newly founded Texas Wine and Grape Growers Association, which made its home in Grapevine. McCallum worked with TWGGA on legislation that helped cities around the state obtain ordinances allowing wineries to offer tastings and sales, especially in commercial areas. The industry set deeper roots in North Texas when some of the wineries that began to open tasting rooms along Main Street found the then-cheap land attractive for planting small vineyards.

GrapeFest began to attract increasingly significant participants to the party. In its 25th year, international and domestic wines were added to the lineup. “We decided to include one foreign wine region and one popular domestic wine region each year to attract the people who are a bit more snooty about wine. Tasting them side by side, guests realized that Texas wines are, in fact, measuring up to the places with bigger wine reputations.”

This year’s theme “Texas Wine. Come and Taste It!” invites participants to sip their way through the state’s best offerings. But McCallum is excited, too, about what he calls this year’s “taste of two valleys,” featured wines from his homeland’s Barossa Valley and from California’s Napa Valley. Guests will find familiar and new pours from classic Aussie wineries such as Yalumba, Torbreck Vintners and Heathvale, and Napa wineries such as Trefethen, Hess Collection and Stags’ Leap, among others.

The beauty of GrapeFest, McCallum muses with satisfaction, is its enduring, year-round spirit base for Grapevine itself: “At the end of the day,” he says, “GrapeFest is a vehicle to introduce people to this restored town in North Texas.” 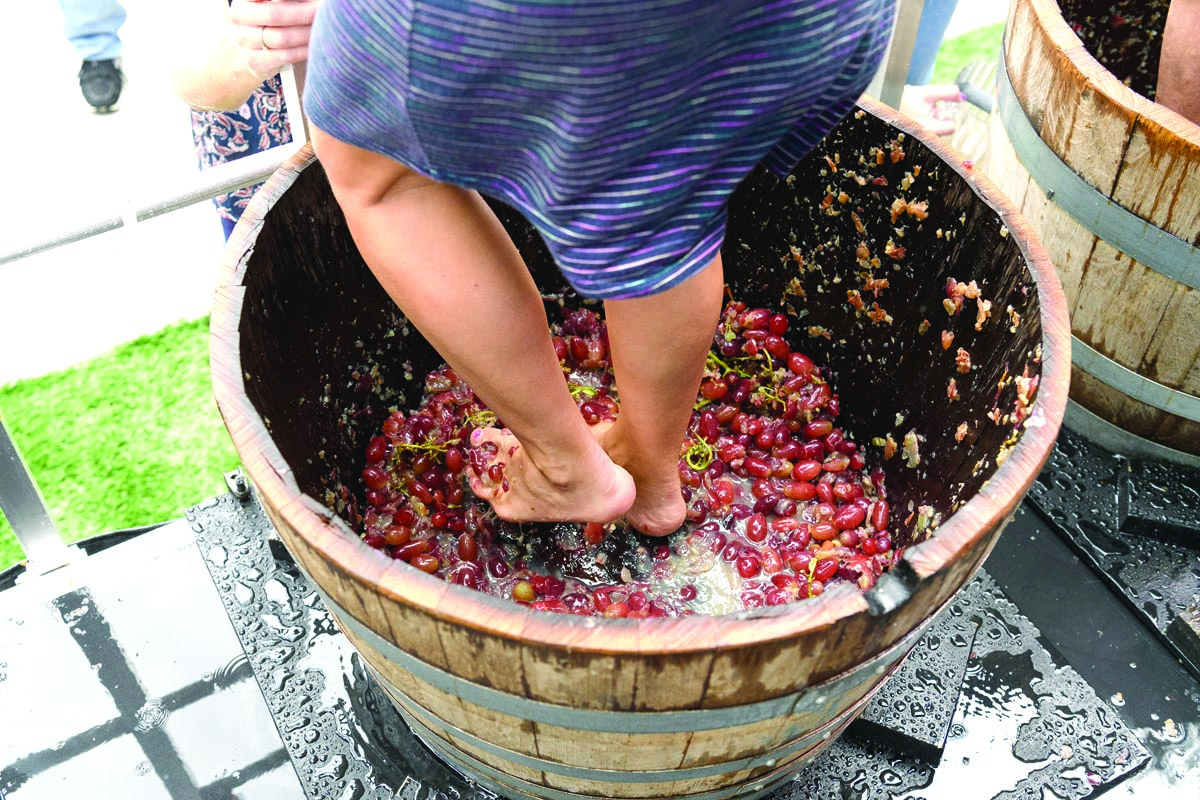 Stomping grapes is one way to get into wine making.