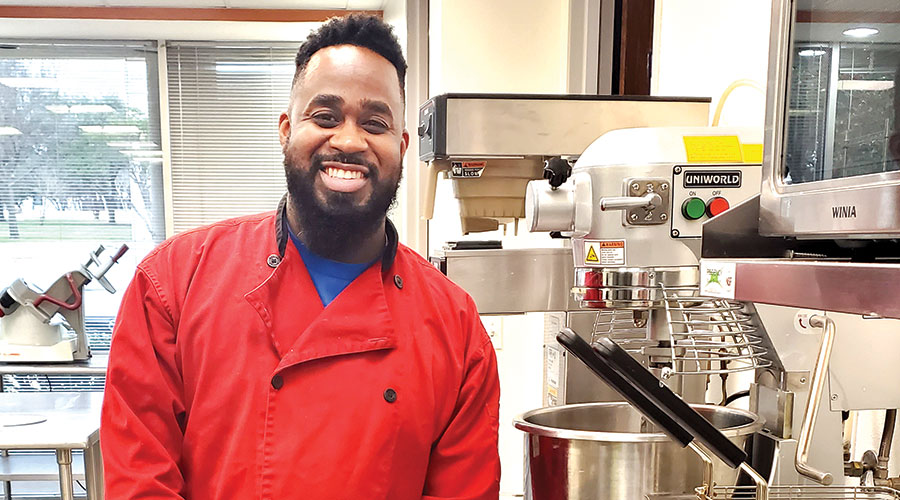 Teacher by day, baker by night, Courtenay Harris honors family memories — his and yours — with cakes, cookies and more 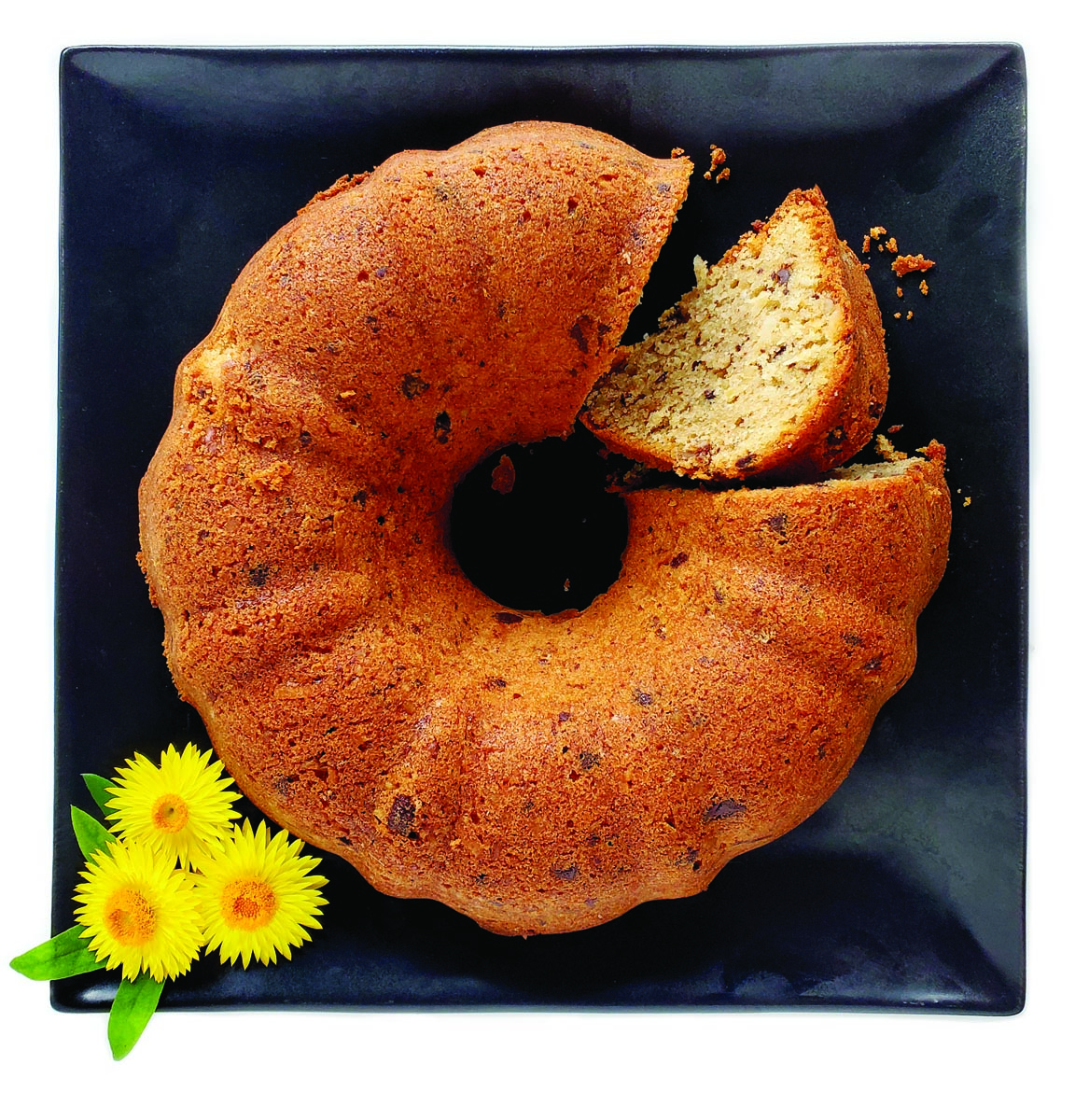 The Christopher’s Bakery famed Vanilla Wafer Cake is moist and not overly sweet. It’s perfect without the addition of icing. The family recipe version, with a requested addition of chocolate chips, was delivered to our office in perfect condition. 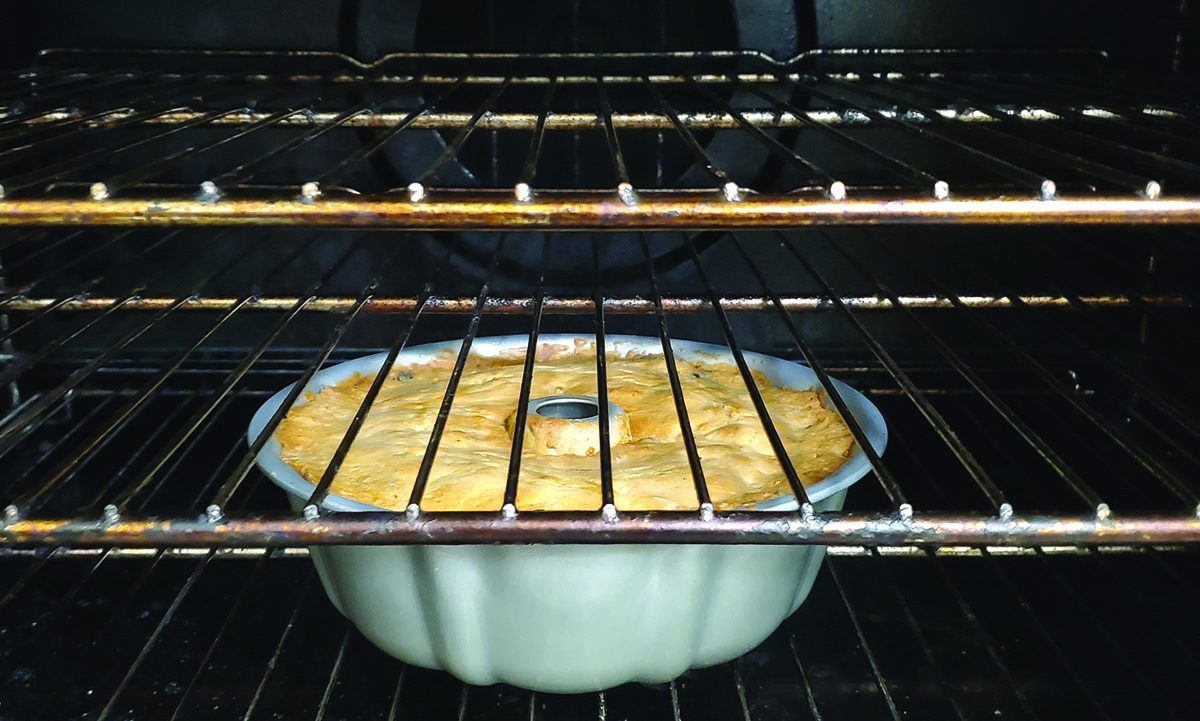 “One of my best customers mentioned to me the other day that she really wished I made a morning glory muffin,” says Courtenay, a Grapevine High School teacher whose side hustle is Christopher’s Bakery, a busy online enterprise. “Because I appreciate how much she supports me, I was determined to figure out how to make that for her. I did, delivered them to her house and, within minutes, I had three messages from her.”

The Southlake client told him she was jumping up and down with happy tears because he nailed flavors “that took her back to childhood.” It’s that kind of connection that inspired Courtenay to find a path to professional baking five years ago.

The baker’s fond memories of growing up in Miami include hearing his dad crush cookies with a rolling pin to make Vanilla Wafer Cake, a family favorite. Charles Harris had read the recipe somewhere and adapted it to his taste. Not unlike other Bundt cakes popular in the soul food repertoire — think of the more famous 7UP Cake — this Harris family tradition triggers memories of warm bonds born in the kitchen. The family also endured tragedy: Courtenay’s little brother, Christopher, lost his life to an epileptic seizure disorder when the siblings were boys. Soldiering on through the heartache, his dad kept baking the cake for family and friends. Courtenay spent years pleading with his pop to turn the hobby into a business.

Eventually, the elder pushed the younger to pick up the mantle: After escaping cold Connecticut, where he had spent his grad-school years — “I’m a Miami kid at heart; I couldn’t take the snow and ice” — Courtenay answered the need for Black male teachers by starting his career in education in the DFW area in 2014, but he struggled to find joy in the work. When his dad visited one Thanksgiving, Courtenay again asserted that the family’s Vanilla Wafer Cake needed to find a bigger audience.

“My dad looked at me and said, ‘I’m getting older, and I don’t know how to start a business from scratch,’ ” Courtenay recalls. “That’s when I realized it was only going to happen if I did it. Dad took me to Target that Black Friday to buy my first mixer.”

By the summer of 2016, Courtenay was in the cake business full time, taking a leave from teaching. He named the company Christopher’s Bakery in his brother’s memory and has dedicated a portion of sales to the Miami facility that cared for the boy. He built a website, figured out logistics and baked his heart out: “I kept shipping cakes to family and saying, ‘Did it arrive OK? Does it look good? Does it taste right?’ ” 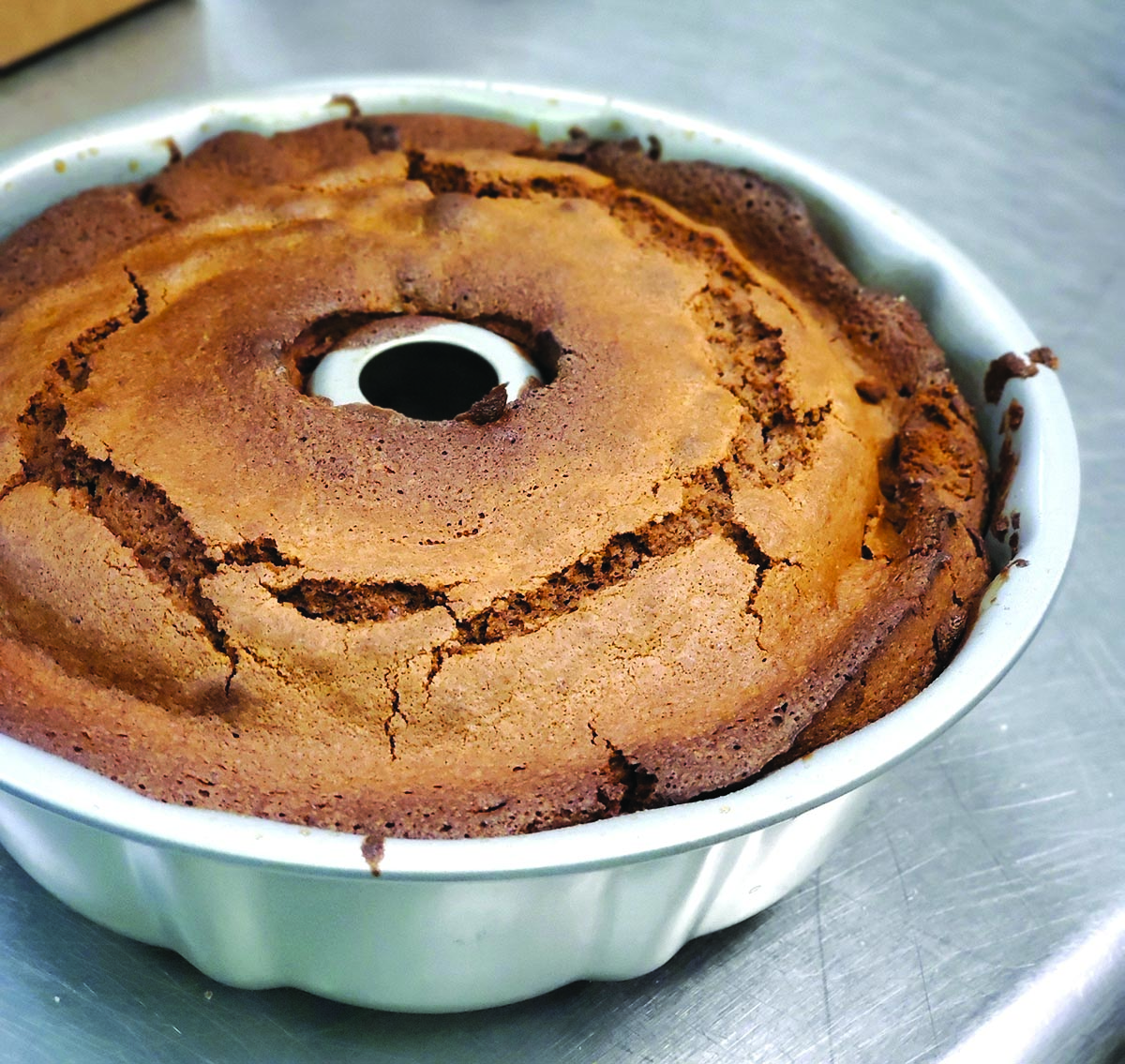 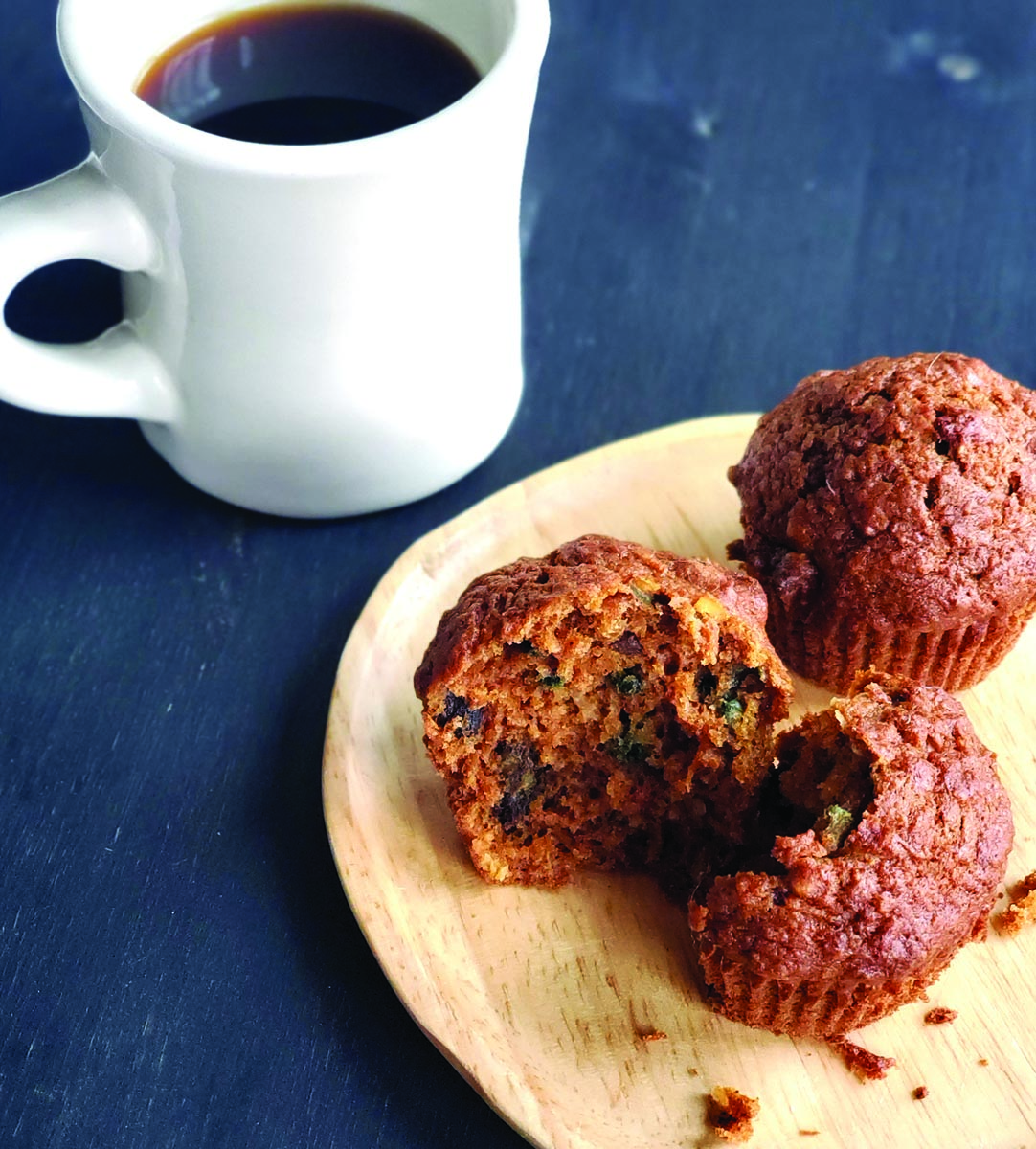 He mastered his techniques, but the income from baking wasn’t enough to support himself. When he found a job in 2018 as the audiovisual teacher at Grapevine High School, he discovered a new satisfaction in the classroom. He enjoys the students who choose this elective course. “I teach kids to make movies. I like them; the conversations you can have with high school kids are more honest.”

Meanwhile, he continues to grow his baking business nights and weekends. Slowly, he has found a clientele drawn to the Bundt cake fashioned from crushed Vanilla Wafers (which replaces flour in the recipe) along with dried cranberries, raisins, coconut and pecans. The simple and satisfying cake, nuanced with notes of vanilla, works as a morning sweet with coffee, an afternoon treat with tea, or a dessert with whipped cream or ice cream on top. Variations offered on the website include chocolate chips as an ingredient, and the baker is open to special requests for custom additions.

Baking from a rented commercial kitchen space in Irving, Courtenay has expanded his repertoire to include muffin versions of the Vanilla Wafer Cake and chocolate chip cookies. He put his grandmother Mary Fulton’s cocoa pound cake on the menu, too, after toiling to get it right because his grandma never wrote down her recipe.

I wanted to capture the taste of my happy memories visiting her in North Carolina, so I worked and worked on recipes. I sent cakes to my aunts and uncles everywhere and said, ‘Is this right?’ ” Courtenay says of the velvety smooth, dense chocolate cake that needs no adornment. “Finally, I hit it. They all called me and told me that I had nailed it.”

But the game changer came in mid-November when Christopher’s Bakery was named Best Bakery (with a third place for Best Dessert) in a readers’ choice Best in DFW competition sponsored by The Dallas Morning News. Coverage by WFAA followed, and demand more than quadrupled. Courtenay found himself baking at all hours to keep up with new clientele. In gratitude for his expanding business, he’s cultivating a relationship with a local charity to share the proceeds.

As for the long hours, he says they will never keep him from doing what he loves most: Giving customers what their hearts desire. He will continue to customize cakes and muffins according to whatever asks are thrown his way, he says, because helping someone reconnect with a special flavor memory from childhood is the very pulse of his business. 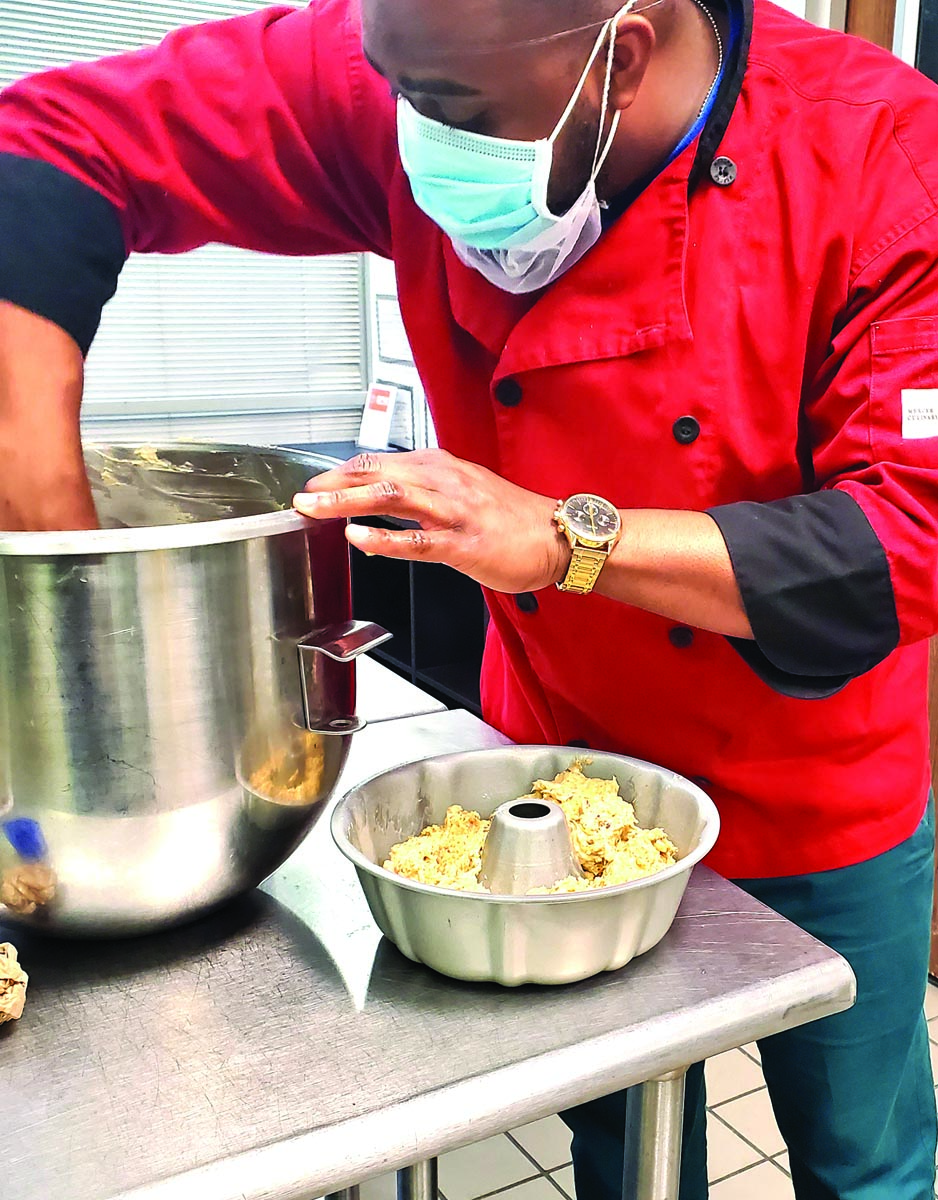 Having long ago committed the family Bundt cake recipe to memory, Courtenay works quickly, mixing ingredients, pulling cakes out of the oven and packing goods for delivery.

Christopher’s Bakery The online-only bakery is known for the signature Vanilla Wafer Cake, which typically includes raisins, cranberries, coconut and pecans, but is easily customized. Pound cakes — both traditional and cocoa — red velvet cake, caramel cake, gluten-free cakes, muffins, cookies, mini-Bundt cakes and pies are also on the menu. Cake prices start at $39.50; find other prices and shipping/delivery information on the website. christophersbakery.com