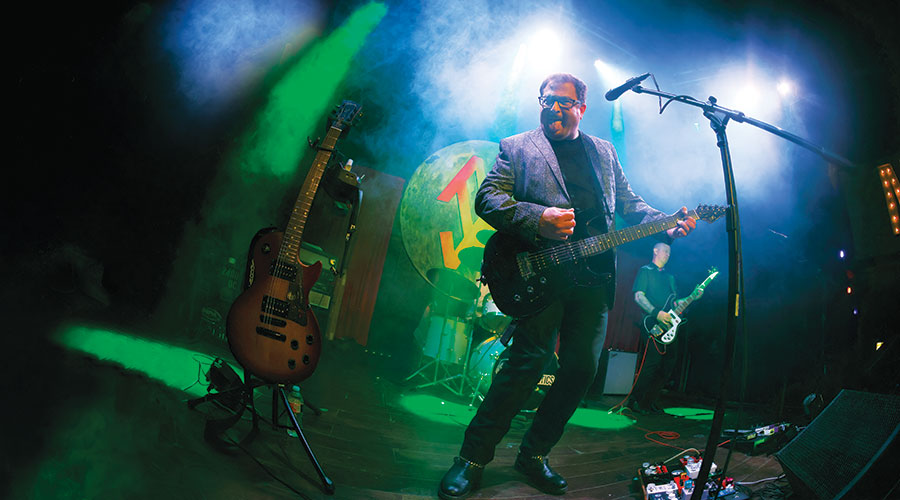 Meet Stephen Troum, surgeon by day and musician by night

It’s a Sunday night in Fort Worth and a gaggle of music lovers has gathered at Main at South Side, an intimate venue, for a show by a couple of Dallas Songwriters Association Award winners. The opening act is acoustic and gets an enthusiastic response from the audience. Then, The Troumatics take the stage.

The three-piece rock band led by Stephen Troum turns up the volume — and the light show — as it blazes through a short set of songs written by Troum, who also plays lead guitar and harmonica. His fiancee, Jina Kim, is among Troumatics fans in the audience. A doctor who lives and works in Southlake, Troum says he comes to Fort Worth to play, literally. We had a chance to talk briefly before the show, and he immediately made a confession. “I love being a musician so much that I really don’t like to tell people I’m a doctor, too.”

He’s quick to admit that being a physician has allowed him the financial ability to pursue this second career. And the frontman, who received the Songwriter of the Year award from the DSA, is emphatic that music is more than a hobby.

That said, he is also passionate about his day job as a hand surgeon, a specialty he chose over cardiology and radiology. Being a doctor is a career Troum aspired to beginning in the eighth grade, but his musical aspirations began even earlier as he was growing up in North Carolina.

“My father was musically inclined. He played the violin, tuba, trumpet and classical guitar, among other instruments. And my mom played the piano. When I was 6 or 7, I explored my dad’s LP collection, which included records from artists like Buddy Holly, Pink Floyd, Cat Stevens and Billy Joel.” 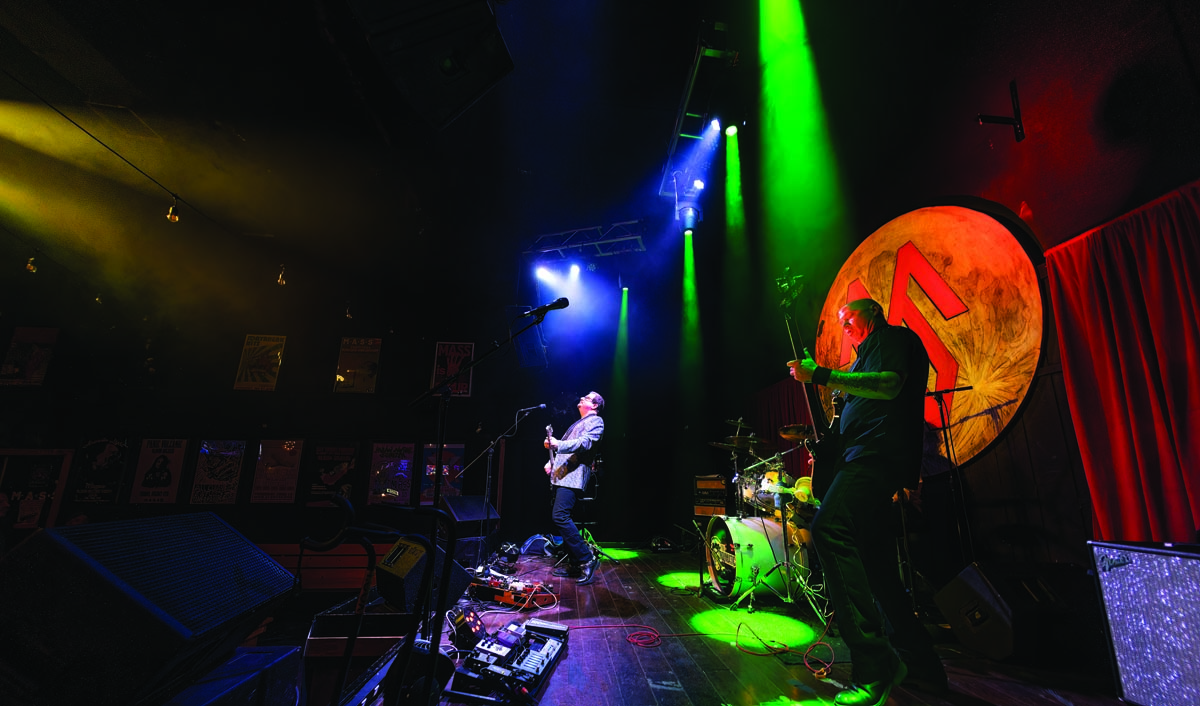 Troum and his bandmates handle everything from equipment setup to breakdown. Time spent onstage in front of a live audience makes the mundane work to get there worth it. 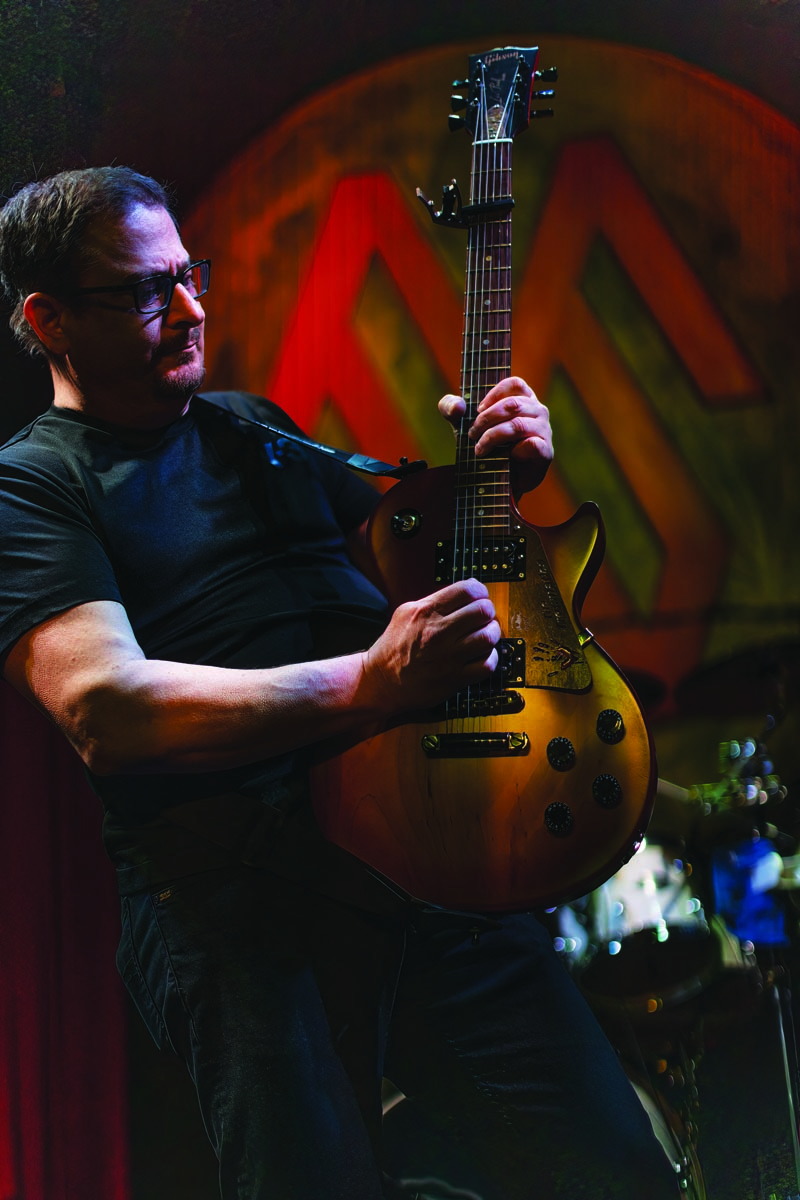 Troum laughs when he recalls arguing with a friend over who was better, the Jackson 5 or the Osmonds (he favored the former). “My first album was the soundtrack to The Jungle Book.”

His interest in music continued as he got older and his dad began teaching him about different instruments. Troum’s choice in fifth grade was the clarinet, although now he wishes he would have picked the saxophone. He also experimented with making cassettes and the laborious process of putting together mixtapes, recording his favorite songs off his dad’s records.

Troum got his initial taste of songwriting by penning poetry at a young age. “My first three-chord song was about a pet parakeet. It really wasn’t very good.”

He kept at it and formed a band in high school. His brother, Kenn Scott, also played guitar, and a friend videotaped the band, which its members dubbed the “Dip Shitz,” a nod to a reference in the movie Sixteen Candles. “We worried a bit about the name, but all the adults thought it was funny,” says Troum. (Scott, who went on to become an actor and martial arts expert — earning him the role of Raphael in the early Teenage Mutant Ninja Turtles films — now lives in Fort Worth and is one of The Troumatics’ biggest fans.)

It was science, math and biology that took Troum to Emory University in Atlanta for his undergraduate degree and then to Wake Forest School of Medicine back in his home state.

“I loved learning how the body works; I only had to figure out a specialty.” He also got serious about playing the guitar — Troum is self-taught via a voracious appetite for how-to books and an ear for music — but the growing demands of med school, followed by a hectic residency schedule and fellowship, put a temporary halt to extracurricular activities.

“But I really enjoyed the learning aspect of music,” says Troum. “Being a student, I was always reading anyway, so I had the capability to absorb the instruction books. When I was an undergrad, I started to record myself on cassettes, learned to play lead guitar and strumming techniques, and I expanded into different genres such as the blues.”

His chosen specialty of hand surgery — Troum explored general surgery at first, operating on everything from brains to hearts and tackling trauma cases — brought him to Southlake around 2000. “Specializing in hands, even nonsurgical treatments, was very fulfilling. I had the opportunity to diagnose something and then fix it.” 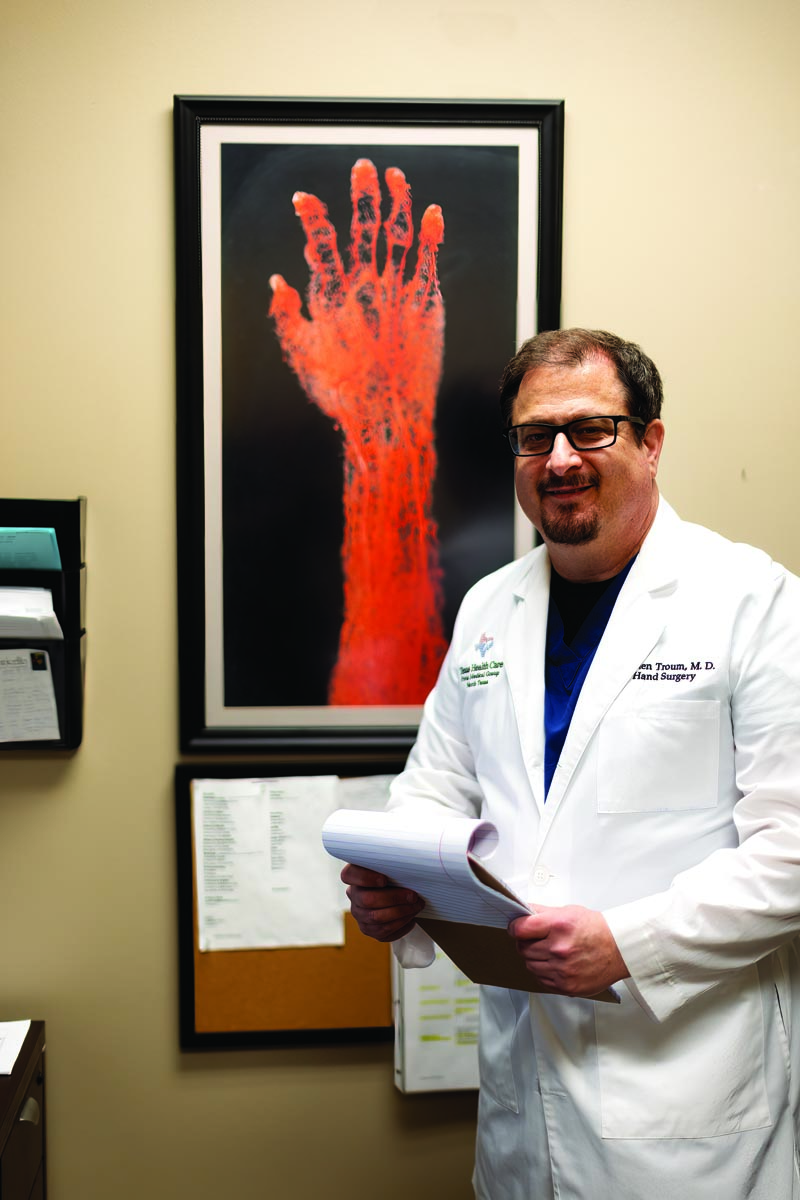 By day, Troum’s uniform is either his doctor’s coat or surgical scrubs. Art in his Southlake office ranges from an artsy hand to awards and plaques, including one that notes his commission as honorary surgeon general of Texas in 2004. 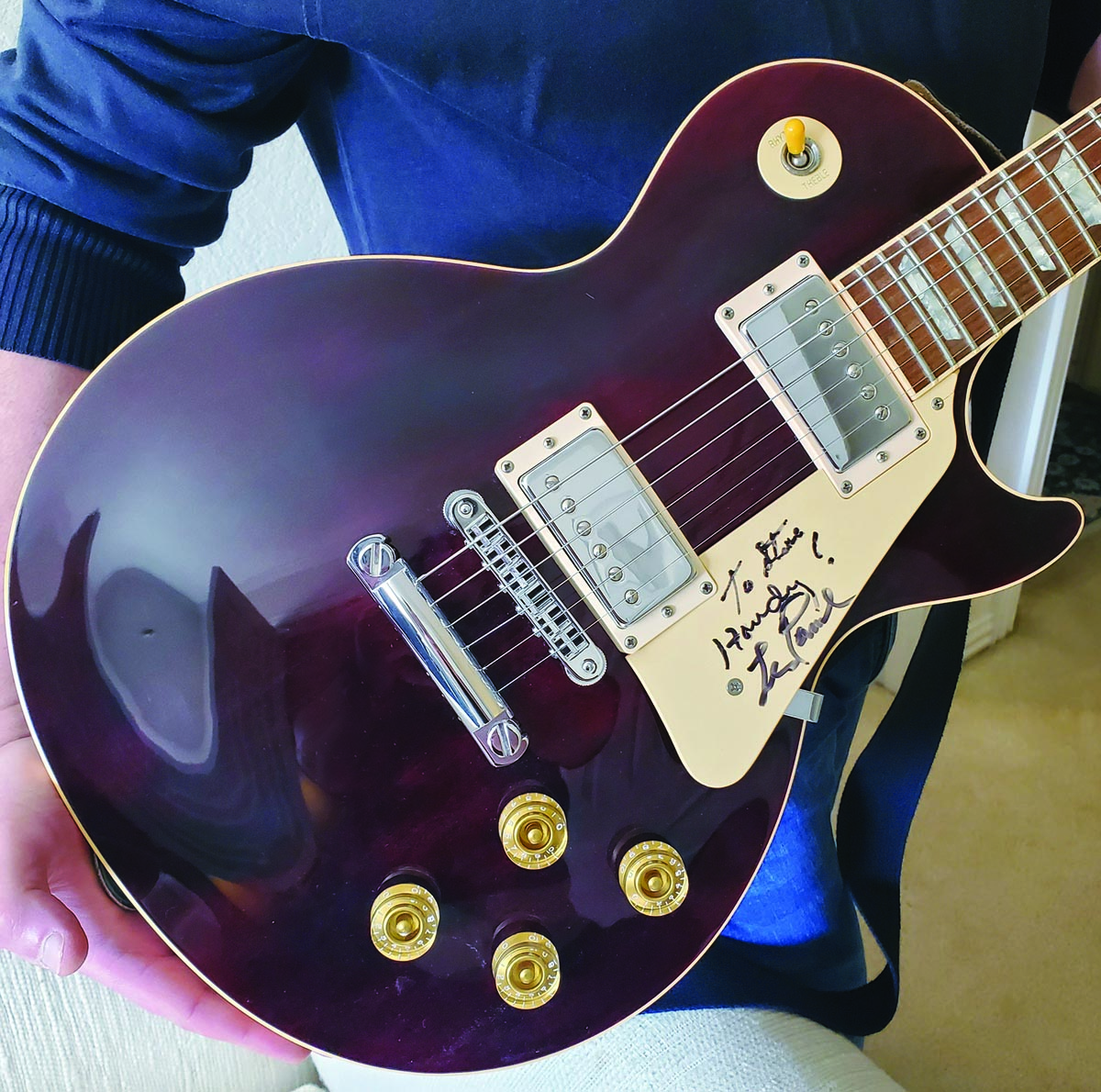 A Les Paul-signed Gibson is one of the doctor’s most prized guitars.

Troum’s medical work included not only patient consultations and surgery but also a great deal of writing and editing for national publications. He received an honorary commission as surgeon general of Texas in 2004 and helped promote public awareness of hand injuries and treatment alongside Dallas Mavericks star Dirk Nowitzki in a 2012 public service announcement (Troum’s brother filmed the spot).

When COVID slowed things down for the doctor in 2019, he used the opportunity to form The Troumatics and get serious about writing and recording original music. He hired respected professionals to mix and master his songs, something he also dabbles in at his home studio thanks, again, to learning the basics from books. “Recording was a cool experience, and it sounds so different from a live version. I’m always thrilled when I’m in my car and hear a song of mine come on the radio.”

That’s happening more and more often as bookings (including for repeat appearances) at Fort Worth nightclubs increase. Along with his bandmates, who also work in nonmusical fields, Troum is grateful to get to know, learn from and be accepted by members of the local music community. The trio schedules regular practice sessions, and Troum is always working on new songs.