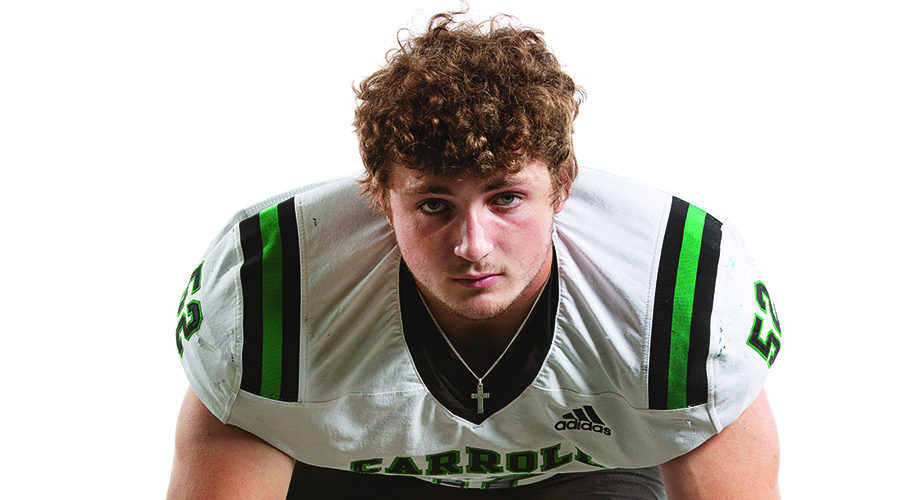 That’s the positive spin head coach Riley Dodge is putting on Carroll’s defense this season. The Dragons return only two starters, but that is two more than they had come back for the 2020 season.

“We’ll be inexperienced at certain spots, but I believe we’re in a better spot than we were going into the ’20 year,” Dodge says.

And despite the lack of experience on defense, that season ended with the Dragons reaching the state championship game. Maybe a similar narrative will unfold this season. 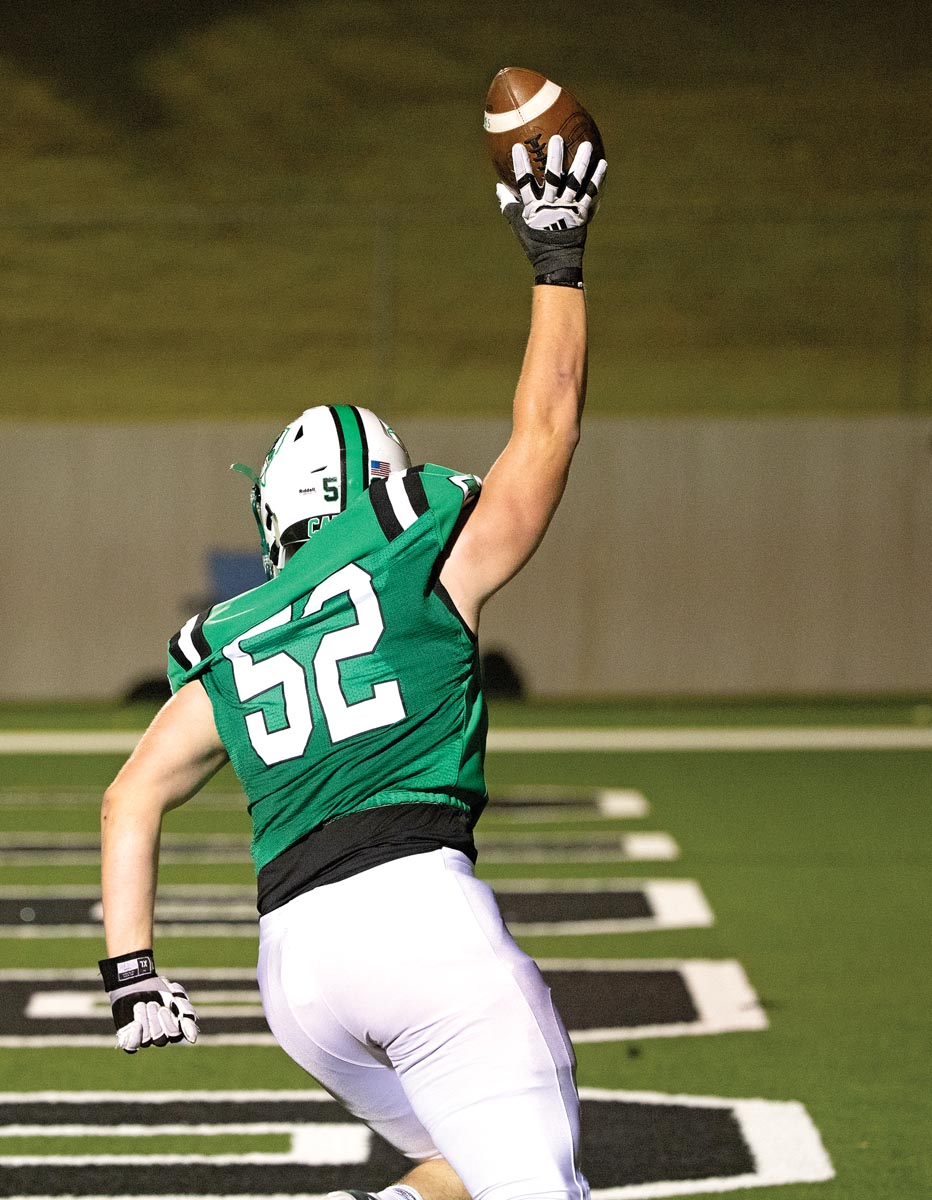 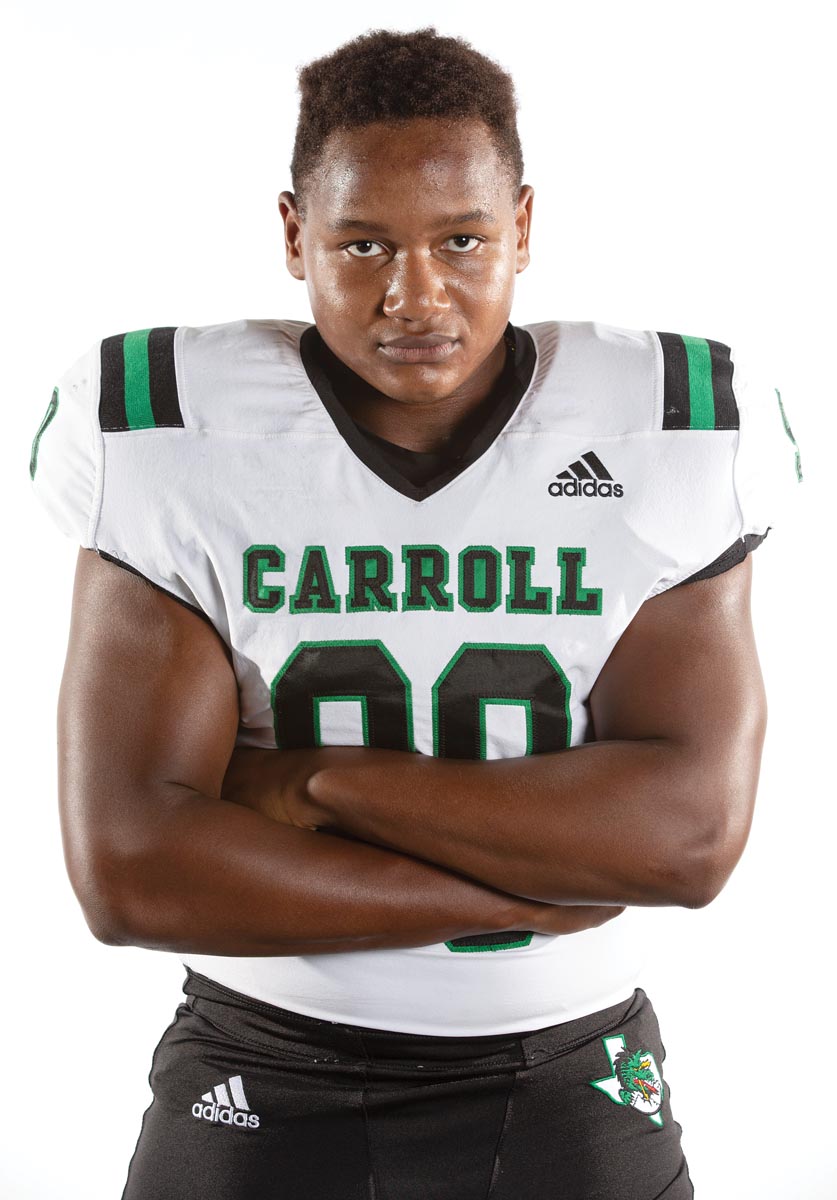 Even though there’s plenty of turnover from a starting lineup perspective, the Dragons defense returns several players who played meaningful snaps a season ago. And there’s a veteran presence on all three levels (line, linebackers and secondary) of the defense.

Cade Parks is a force as an interior defensive lineman, Aaron Scherp leads a promising linebacker corps, and Logan Anderson provides an experienced voice in the secondary.

Add in guys such as defensive back JD Sparks and defensive end Kyle Middleton, and the Dragons have a chance to do something special on that side of the ball.

Parks is among the most skilled, excelling at a position that ranks among the most important in football these days. Regardless of level — high school, college or pro — it’s hard to win without an interior defensive lineman who can be disruptive and get into the offensive backfield.

Parks does that as well as anyone at the high school level. He had 29 tackles, including 5 tackles for loss and 4 sacks, last season.

“We’re super blessed to have Cade,” Carroll defensive coordinator Lee Munn says. “He’s one of the best we’ve had since I’ve been here. He’s very twitchy, very explosive. The beauty of Cade is we can put him anywhere up front. He can play any of the four positions on the defensive line.” 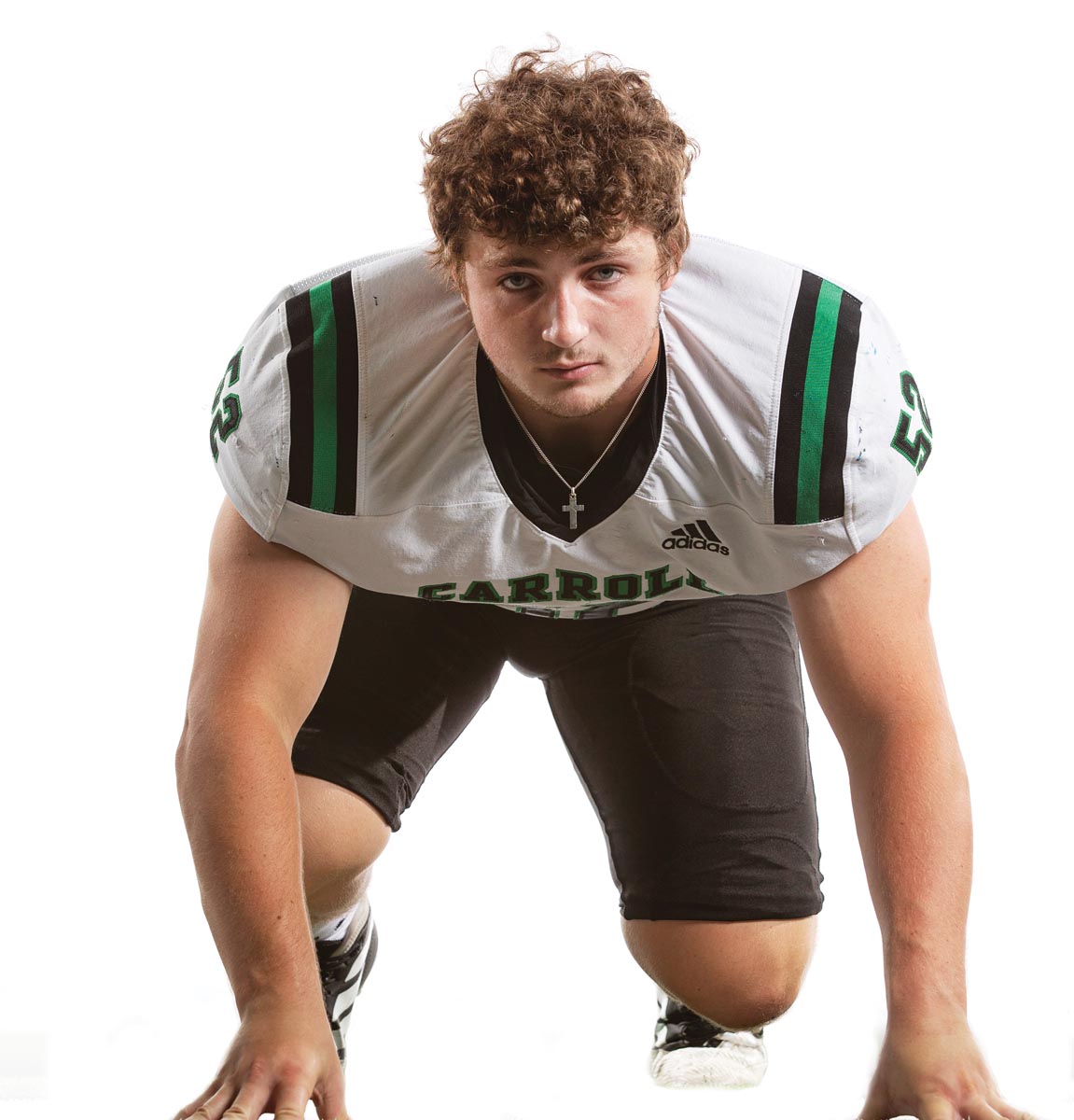 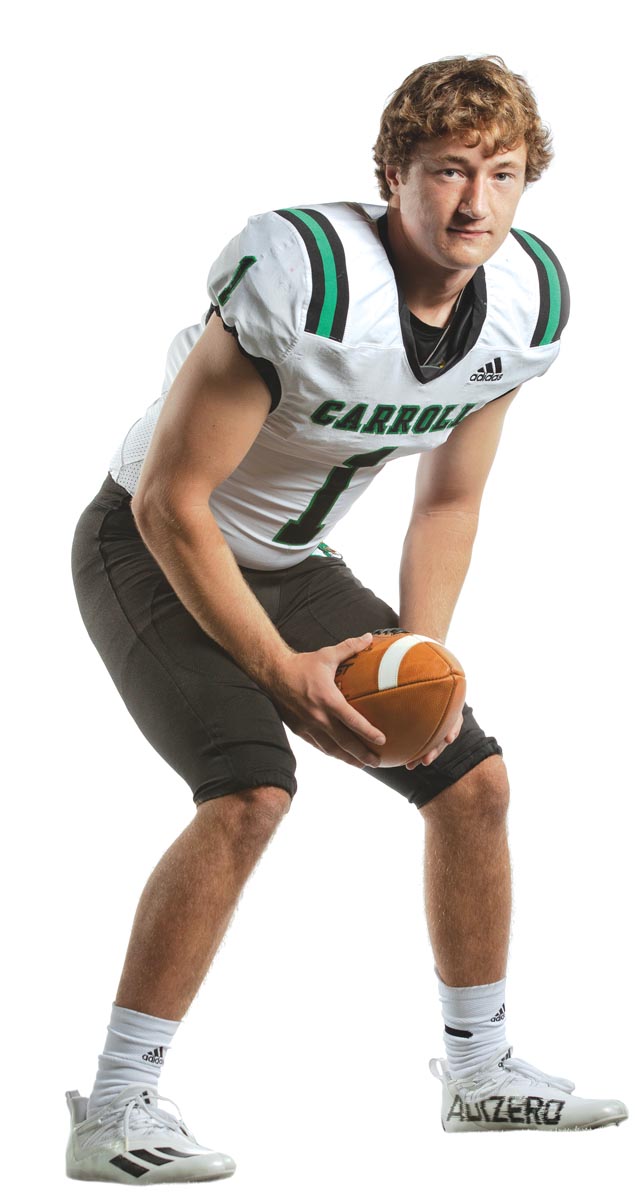 For Parks, anchoring a stout D-line ranks among the most important factors in the team’s success this season. Even though the headlines typically center on the quarterback and offensive stars, there’s a reason for the cliche “defense wins championships.”

And it starts with the guys in the trenches.

“Having that strong D-line is extremely important,” Parks says. “Obviously, stopping the run is one of the most important things in football and that comes down to the front seven.”

Creating takeaways is at the top of the list, too, and the Dragons return a couple of players who have shown a knack for finding the football. Anderson and Scherp both had 3 interceptions last season.

More than anything, it’ll be about the defense coming together and progressing as the season goes along. There could be some moving pieces early, but the foundation is solid with the likes of Parks, Scherp and Anderson.

“When I was a sophomore, we had a very new defense. Guys will step up, and we’ll build chemistry as the season goes on,” Parks says. “I’m confident with this team. We have a lot of athletic guys and a lot of guys who want to work hard.

“I’m confident we can get it done.”