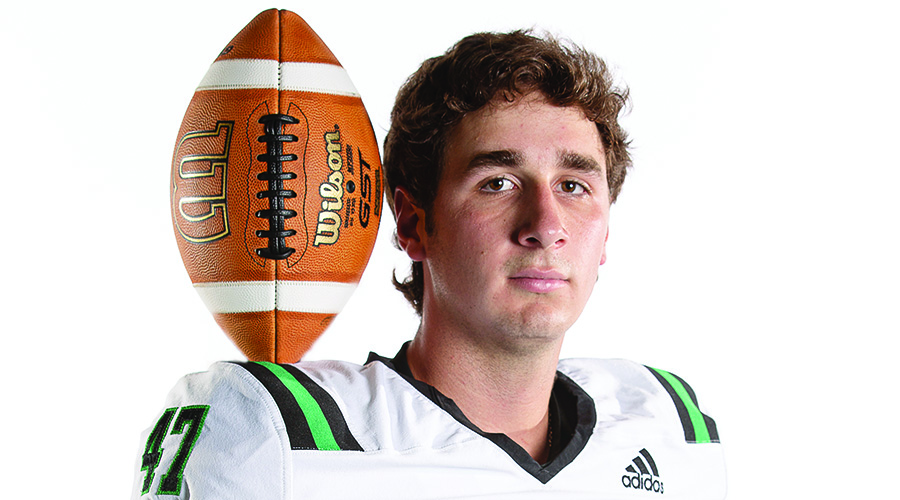 Like all kickers, Tyler White keeps an eye on the game.

Down and distance. Clock. Field position. Score. All these factor into whether he could enter the game for a field goal or a punt.

He watches and waits, hardly taking the field except for the numerous extra point attempts that follow Dragons touchdowns.

But when he does step onto the turf, the senior is an ace.

He made 10 out of 12 field goal attempts in 2021, including setting a school record for distance with a 55-yarder against Haslet Eaton, and 79 extra points. His 42.3 yards-per-punt average contributed to his unanimous All-District 4-6A first-team choice as placekicker and punter. 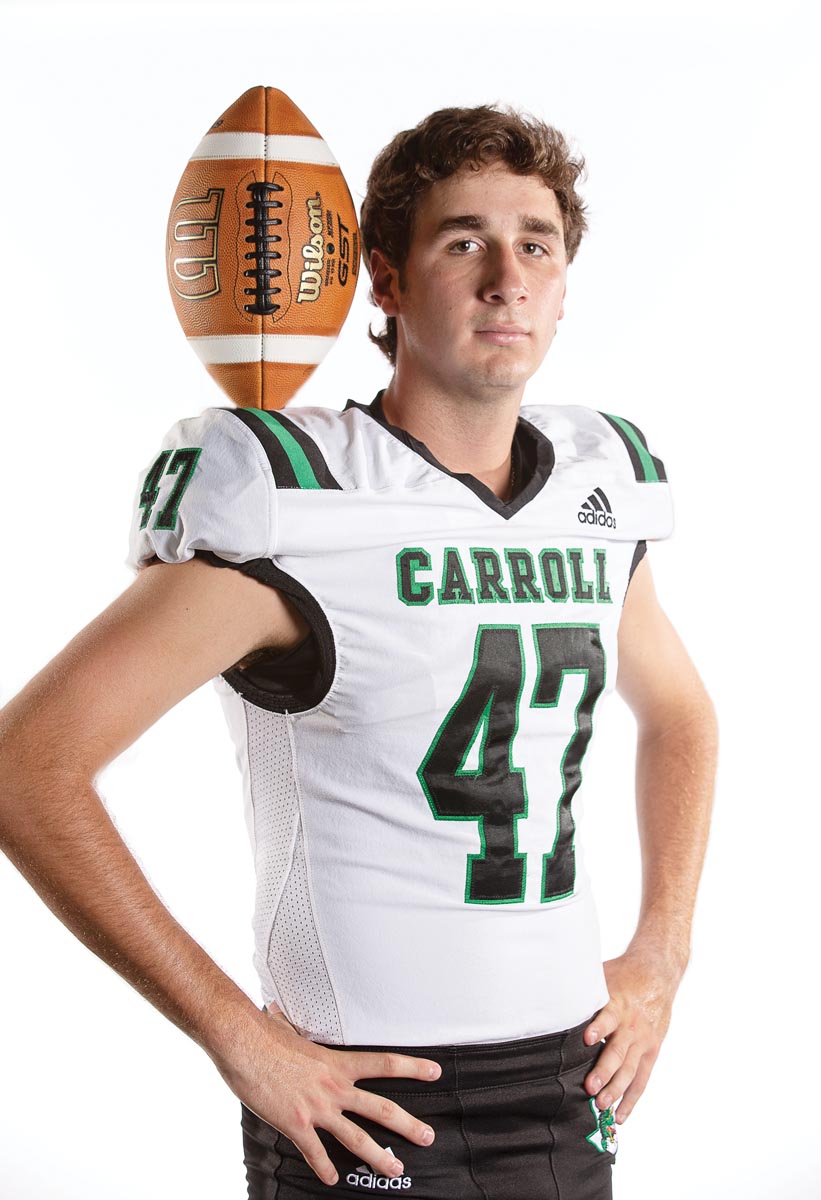 “It’s good to be part of the tradition here,” White says. “The kickers that have come before and the up-and-coming ones, we’ve always got a high standard at this position.”

The biggest name in that kicking tradition goes way back. Kris Brown handled the booting chores while also playing quarterback on the Dragons’ 1992 and ’93 state championship teams. He went on to kick at Nebraska and for 12 years in the NFL. More recently, Garrett Hartley went on to kick at Oklahoma and won Super Bowl XLIV with the New Orleans Saints, becoming the first player to make three 40-plus-yard field goals in the championship game.

White is right. Special specialists are a tradition in Southlake, too.

“Once I started picking it up, going to games, watching how guys before me performed and then getting around the people that were kicking for Southlake, it 100 percent influenced me,” he says.

Riley Dodge supports his kicker’s wish to carry on the tradition. But honestly, he’d rather not give him many chances. “Obviously we want to put 6 [points] on the board,” the head coach says. “That’s the ultimate goal. Even though we have an All-American punter, we punted the ball 15 times last year and that’s pretty danged good. If I don’t have to use Tyler White in the punting game, that’s a good day for us.”

“They’ll go for it on fourth-and-short,” he says, “and with our running back and quarterback, why not?” From the end of one game to the start of the next, the kicker fills his time with practice, film study, yoga and anything else that can elevate his performance.

“It’s really up to me,” he says. “What separates the good and great kickers is what you do during your down time, if it’s stretching or catching snaps. I break down film, the mechanics of other kickers and punters. A lot of my film breakdown during the season is on the returners of other teams, their strengths and weaknesses, especially on kickoffs.”

It’s a busy life, yet quiet until that moment when White is called on to put points on the board, pin the opponent deep or create a touchback.

“I just do my job,” he says. “I try to put my team in the best position to score points and help out the offense or defense, whatever is needed in that situation.”