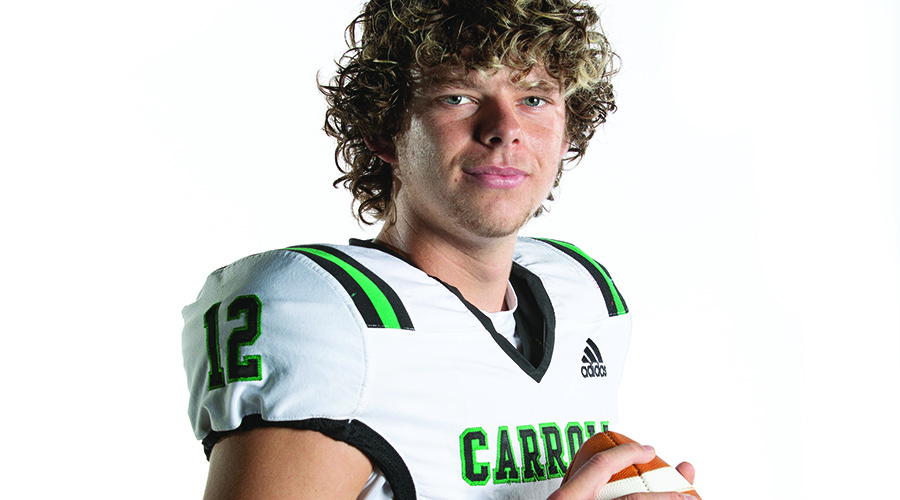 At the heart of Southlake Carroll football is the quarterback room.

Inside those four walls, seasons are defined for the Dragons, because the most important position is refined there.

Seasons like 2021, when junior Kaden Anderson suddenly found himself the starting quarterback upon Quinn Ewers’ early departure to college.

Twelve months ago, just like that, the quarterback room at Carroll had to go “next man up.” Good thing Dragons QBs stay ready, so they don’t have to get ready. 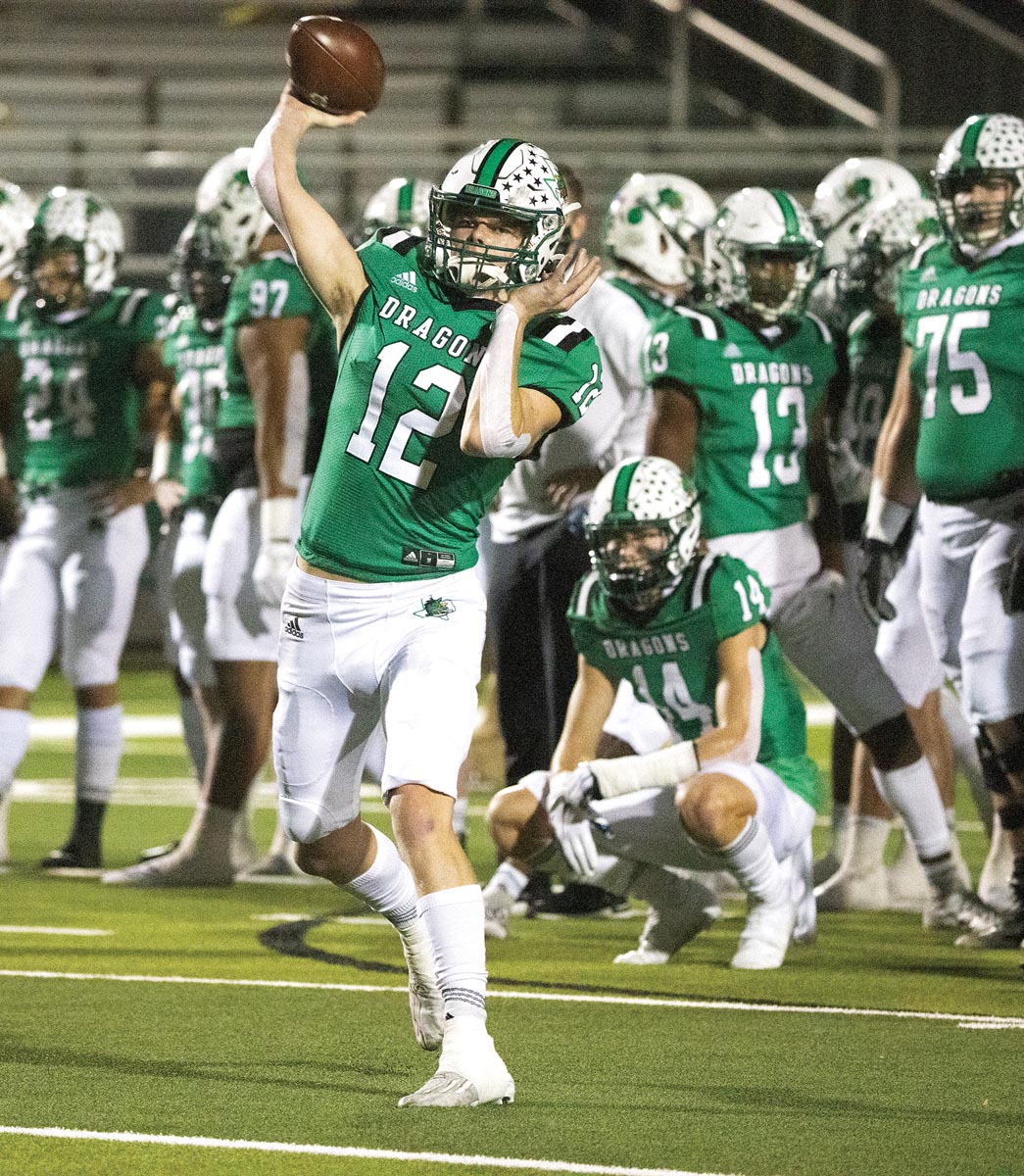 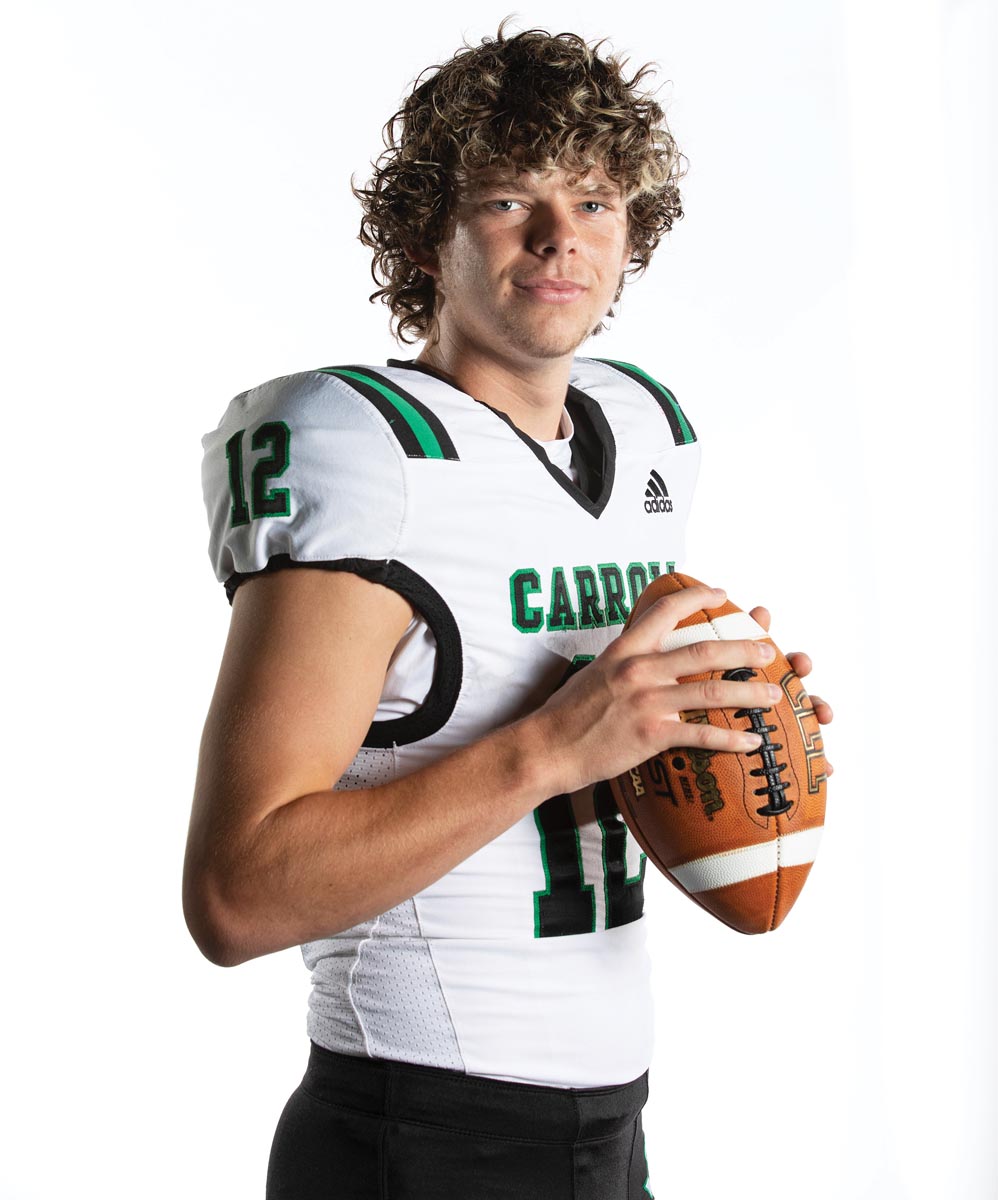 “I tell the guys all the time, the program runs through our meeting room,” Dragons head coach and quarterbacks coach Riley Dodge says. “At any level, the quarterback’s got to be the bell cow of the entire program.”

But, hey, no pressure.

Anderson responded with more than 3,000 yards passing and 34 touchdown throws, plus 7 scoring runs, in guiding the Dragons to 14 straight wins before a state semifinal loss to Duncanville capped the season.

“You never know what’s going to happen,” Dodge says. “You control the controllable, and you do your job. Your name’s called upon, you’ve got to answer the bell. He did that. I can’t say enough good things about what he did last year for us as a junior.”

With a full season under his belt, plus a complete spring session as the clear No. 1 — not to mention a veteran O-line in front of him and rusher Owen Allen, who has 5,800 total career yards, in the backfield behind him — hopes are running even higher for the senior signal-caller in 2022.

“Night and day,” Dodge says of the difference in Anderson from August 2021 to August 2022. “He had an unbelievable spring — I can’t overemphasize that. A lot of it has to do, obviously, with snaps under his belt. But he’s healthy and there’s no more knee brace [because of ACL surgery]. Kaden’s a very athletic kid. He’ll be able to showcase that this year.”

Just ahead of the start of fall practices, Anderson pledged to play football at the University of Wyoming, becoming at least the ninth Dragon quarterback to commit to or play at a Football Bowl Subdivision (FBS) Division I college since 2005, when Chase Daniel went to the University of Missouri.

At least four others made their way to a Football Championship School (FCS) Division I-AA or D-II.

For teammates, it’s not hard to explain why Anderson got his scholarship offer and what has made him the latest in the Dragon lineage of signal-callers. 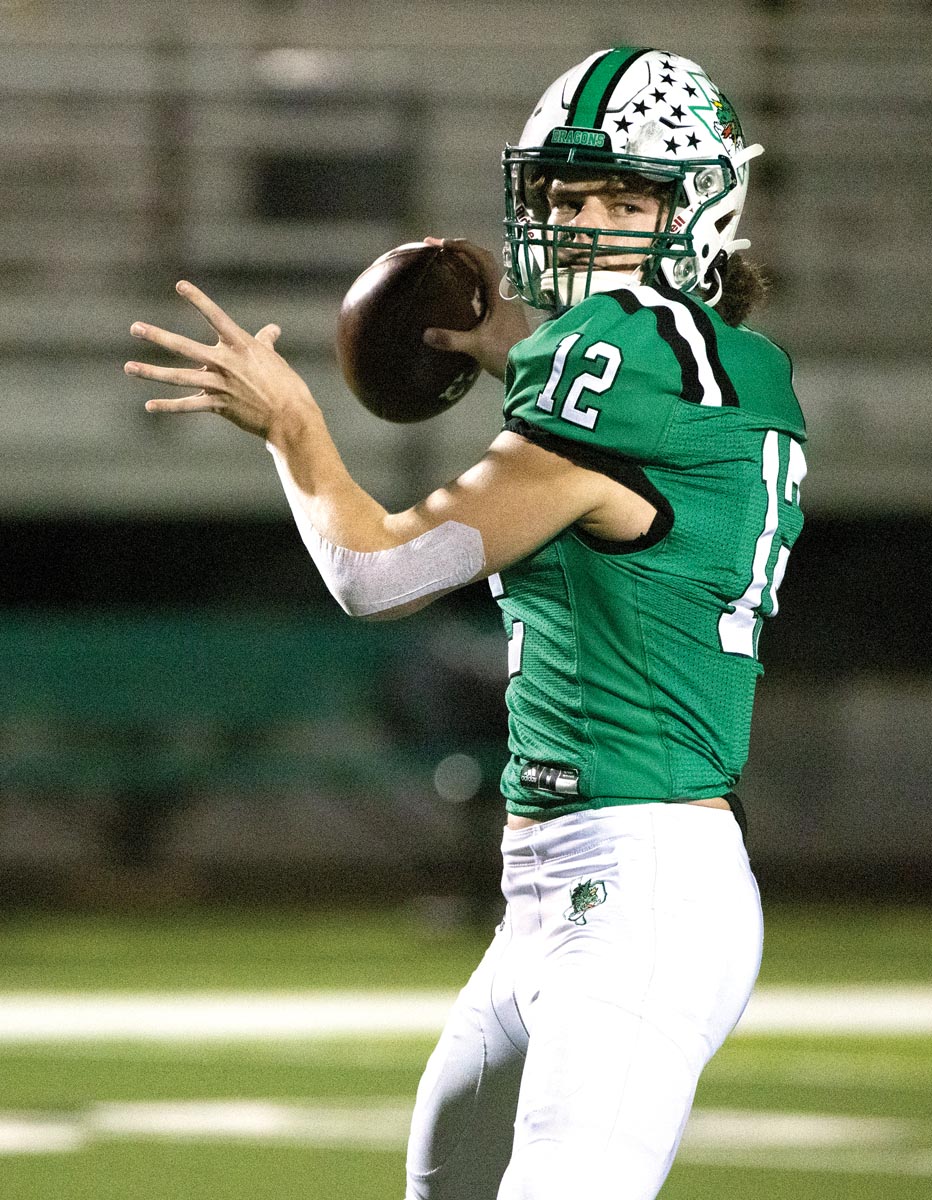 “You can imagine backing up the No. 1 QB in the world [Ewers] and having him pack up and leave unexpectedly,” Allen says. “To be put in that position one day, especially in a program like this with the kind of attention we get, that’s enough to drive someone crazy. The fact that he took that on, full on, showed what kind of player and what kind of teammate he is.”

This year, Anderson is waiting for the spotlight, unlike last year, when it suddenly shone upon him.

“It’s a lot more relaxed,” the passer says going into the 2022 campaign. “Last year, I was just kind of thrown into it. It felt really rushed. This year, I’ve gotten to work with these receivers. I feel more in control of it. … It’s definitely a confidence boost. And I’m not playing with a knee brace this year. You’re going to see me running a lot more.”

That’s fine with the Dragons offensive coaches, but Anderson won’t be counted on to run considering the stable of receivers at Carroll. Dodge rattled off plenty of names as targets — receivers Jacob Jordan, Clayton Wayland, Kyle Lemmermann; running back James Lehman; and tight ends Harrison Moore and Jack VanDorselaer (who both go 6 foot 5 and well over 200 pounds).

No one has to convince Anderson of the talent at his disposal.

“I think this is the most powerful offense we’ve seen in a while,” he says. “Our O-line is stacked. We’ve got great receivers. Owen Allen is the best running back in the state.”

He grew up in Coppell before his family moved to tiny Mabank (population about 3,000) southeast of Dallas when he was in elementary school. In sixth grade, the Andersons looked to move back to Coppell, but Southlake proved the right fit.

A future Dragon was on his way. “It really is a dream come true,” Anderson says. “I’ve been dreaming about it since I was in sixth grade. This is a great community, a great town.”

He’s the perfect fit for the quarterback room.