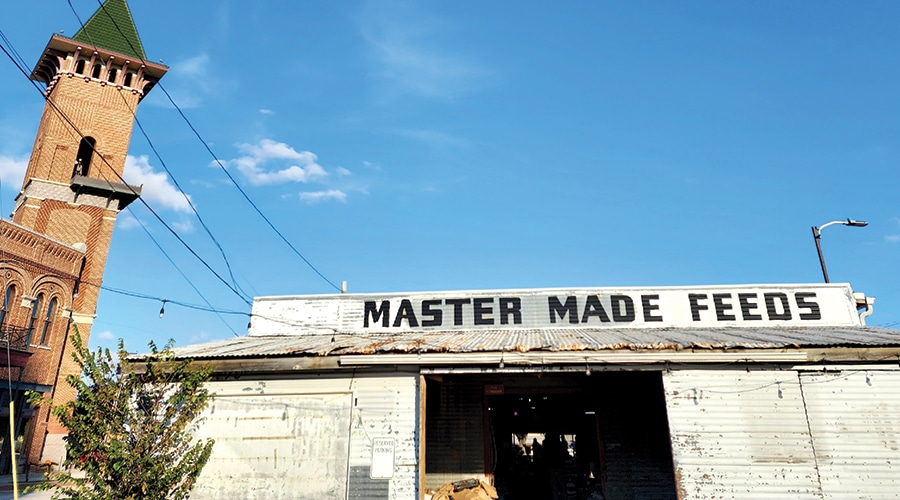 From bales of hay to bags of feed for everything from tortoises to pigs, Master Made Feeds was the historic part of “Historic Downtown Grapevine.” But as Main Street continues to evolve — see the past and present in the photograph — the 70-year-old tin-sided building and family-owned business on the south end of downtown is no more, with the land rumored to be the possible site of a new hotel. Built in 1952, Master Made was a regular stop for locals when the Grapevine-Southlake area was home to more farms and ranches. In 1970, Mitch Waters and his family took over the business, where they worked until the store’s last day in early November. They also shared space with longtime neighbor Bob’s Backyard Art, which is moving everything to its Whiskey Flats location southwest of Fort Worth. (The Waterses have a store in Justin, where they will now work full time.) The last days at Master Made Grapevine were bittersweet as longtime customers stopped by for one more visit with Dale, the family’s French bulldog, or for a last look at the building. “A lot of people would come by and take in the feed store smell, something they remembered from their past,” says Mitch. “We’ll miss Grapevine, especially with Christmas coming up, but times change, and we change with them.”