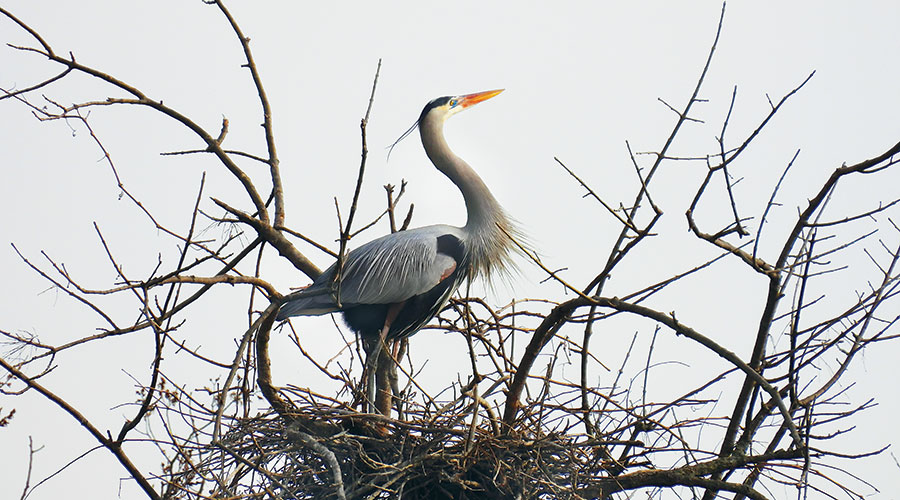 Suzanne Crowley’s Southlake home backs up to a small lake, giving her a prime bird-watching perch year-round despite being in urban surroundings. The variety of fowl attracted to the area, which has the feel of wooded countryside, ranges from familiar songbirds to larger species such as herons and egrets. Last year, she documented a pair of blue herons as they built a nest and raised a family in a tree just across the water. Equipped with a camera and a long lens, Crowley watched as the male heron supplied the female with nesting material, enabling her to build their home. Dad also was spotted plucking dinner from the pond. Heron spotting got a little more difficult as the trees sprouted leaves and began to green up, but Crowley eventually saw three fuzzy-headed babies in the nest, with their diligent mama keeping watch for circling hawks and feeding her young until they were old enough to fly. While herons don’t always return to lay their eggs in the same spot, in early March, Crowley noticed a pair sprucing up the same nest. She will be keeping an expectant lookout for this year’s babies.