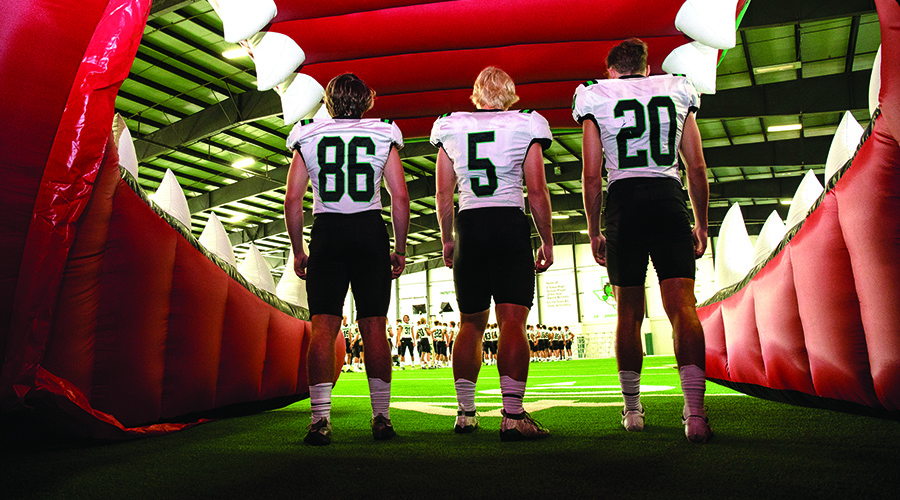 This season, players will enter the stadium through a new blow-up dragon courtesy of the Southlake senior dads and Dragon Touchdown Club. 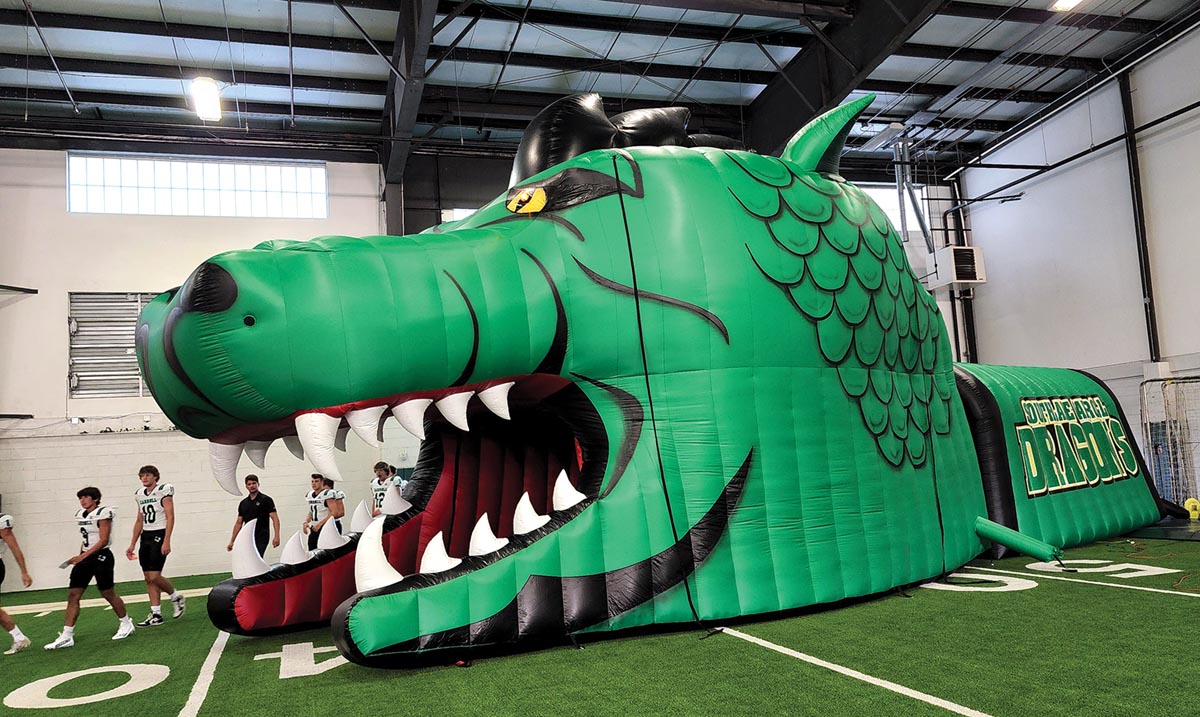 The massive new design replaces an inflatable that served the players well over the past 10 years. It comes complete with a small tunnel and a massive dragon head with lighted eyes and smoke-spewing nostrils. And it has its own rolling storage unit, too. The new inflatable made its debut in early August at the team’s media day, anchoring one corner of the field house.