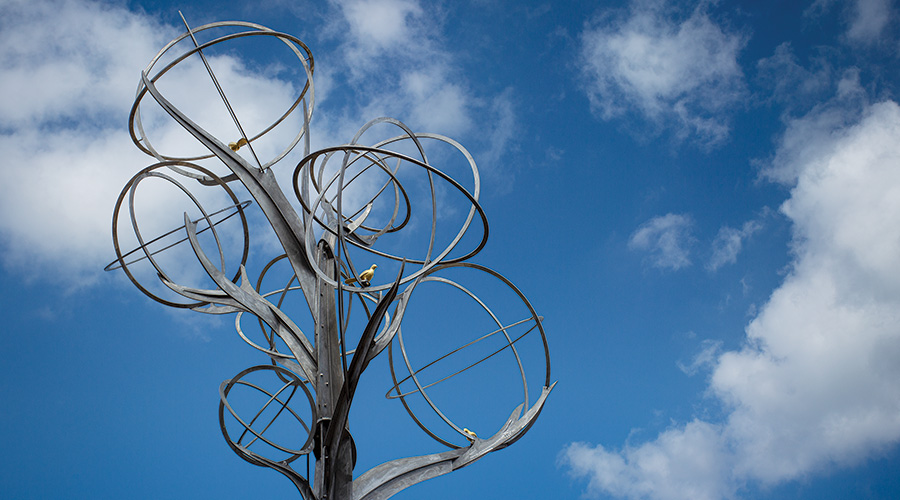 The charming stone cottage along Colleyville Boulevard has a new lease on life, now that Stone House Restaurant calls it home. The 1945 landmark, long occupied by a spa or salon, is now a destination for food, wine and cocktails. Look for culinary and service elements to be special, thanks to the pedigree behind them: GM Greg Kalina and chef Thomas Dritsas bring with them combined decades of experience from the Del Frisco’s Restaurant Group. Owners Lisa and Paul Pardo may be familiar faces to locals from their ownership of the late Coal Vines in Southlake, and Lisa’s long residence in Colleyville (she pays homage to her hometown with photos of the city’s founders in the private dining room). Construction, with Paul acting as contractor for the project, has kept them busy. “We kept the bones of it in place, but it needed a lot of work,” Lisa says. This included attaching the garage and turning it into a kitchen, and adding a spacious outdoor area with fire pits and a covered porch that can be enclosed for year-round dining. Focusing on the wine program has been a fun venture: “We’re starting with 50 bottles on the list, and it will grow. We want customers to tell us what they’d like to add, rather than us tell them what to drink,” she says. Among shareables on the menu, you’ll find butter bean hummus, blue crab empanadas and roasted Parmesan oysters; New York strip, lamb sirloin and shrimp and grits are among the entrees. The signature cocktail — called The Boulevard — is a pineapple martini using infused vodka. Open for dinner only (reservations are advised), Monday through Saturday. 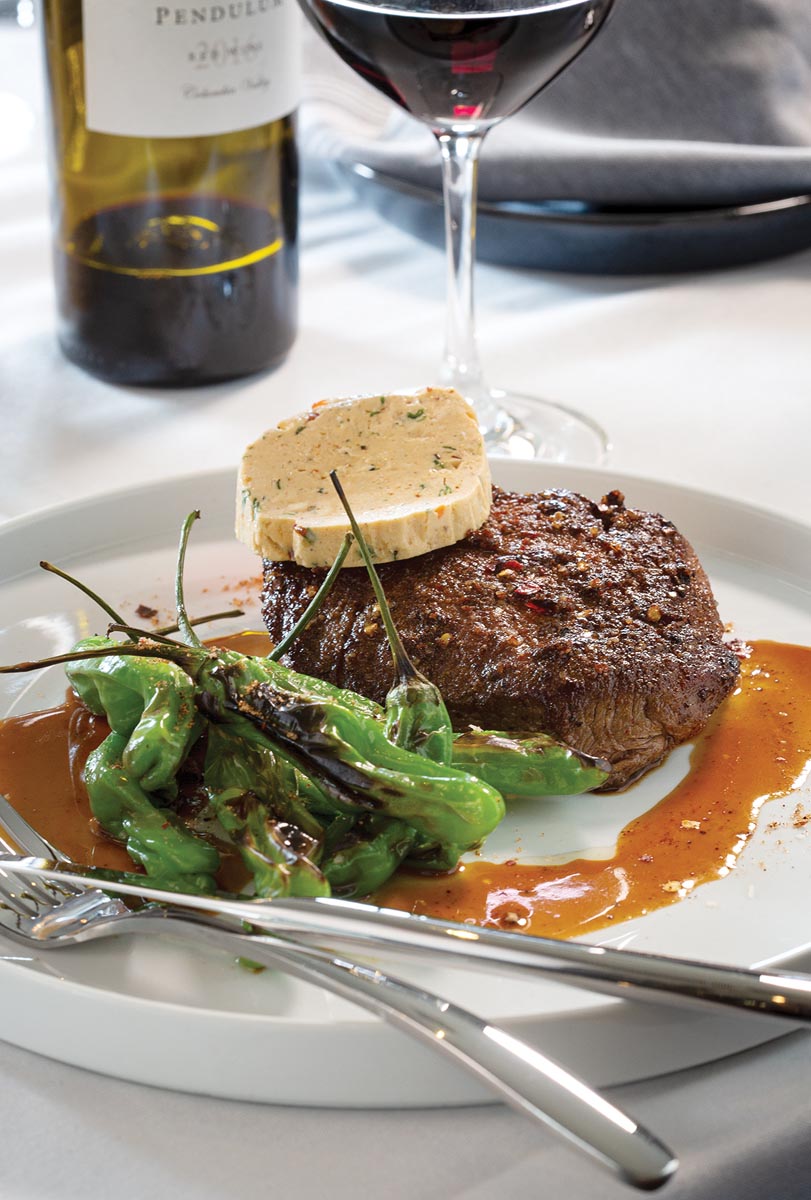 The chile-rubbed akaushi flat iron with charred shishito peppers and chile-lime butter are among the beef items on the menu.
Photo by Meda Kessler 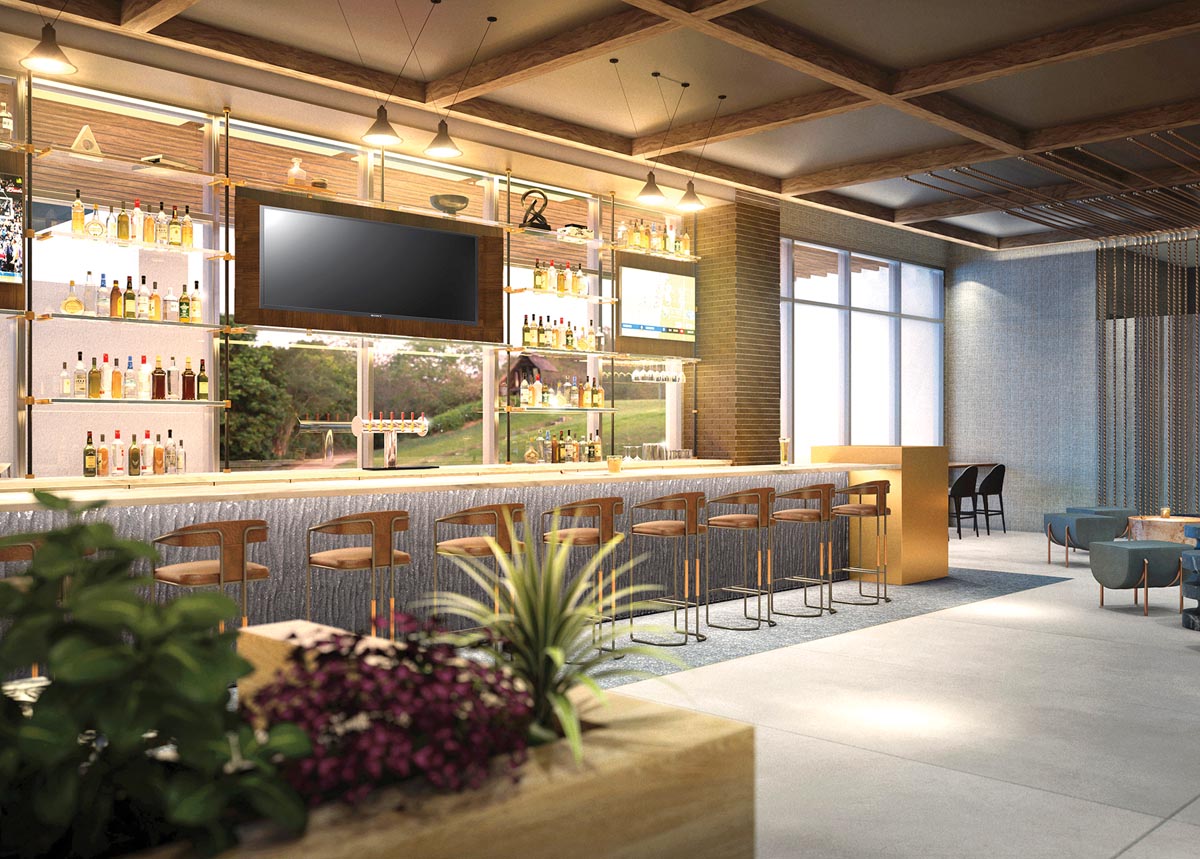 The Sky Creek Kitchen and Bar at the Delta opens in November.
Image courtesy of Delta Hotels

The grand opening of the awkwardly named Marriott property is now scheduled for late November. The six-story hotel anchors the 16-acre mixed-use development at the intersection of State Highway 114 and White Chapel Boulevard. That the 240 guestrooms offer premium bedding is a given, but large workspaces and complimentary Wi-Fi will make business travelers happy. Celebrity chef/ restaurateur Dean Fearing consulted on the menus for the hotel’s Sky Creek Kitchen and Bar, which features elevated Southwestern cuisine from executive chef Enam Chowdhury. Craft cocktails are in the offing, too. And even the grab-and-go food market is “chef-inspired.” The boutique hotel leans hard into all things culinary, but guests concerned about too much of a good thing can make use of a full-service fitness center and luxe outdoor pool and lounge. Reservations will be accepted soon for dining, meetings and catered events.

As a college student, Ayesha Patel was content with inexpensive meats and cheese to snack on with equally inexpensive wine. She grew and so did her taste. Armed with a business marketing degree, she still wasn’t sure what she wanted to do, but her passion and palate led her to a business that’s been growing since the summer of 2019. Her cheeseboards — along with her charcuterie, dessert and breakfast options — are works of art. Patel is setting up shop in Grapevine. Learn more on her website, and while her storefront is in the works, she is taking online orders. 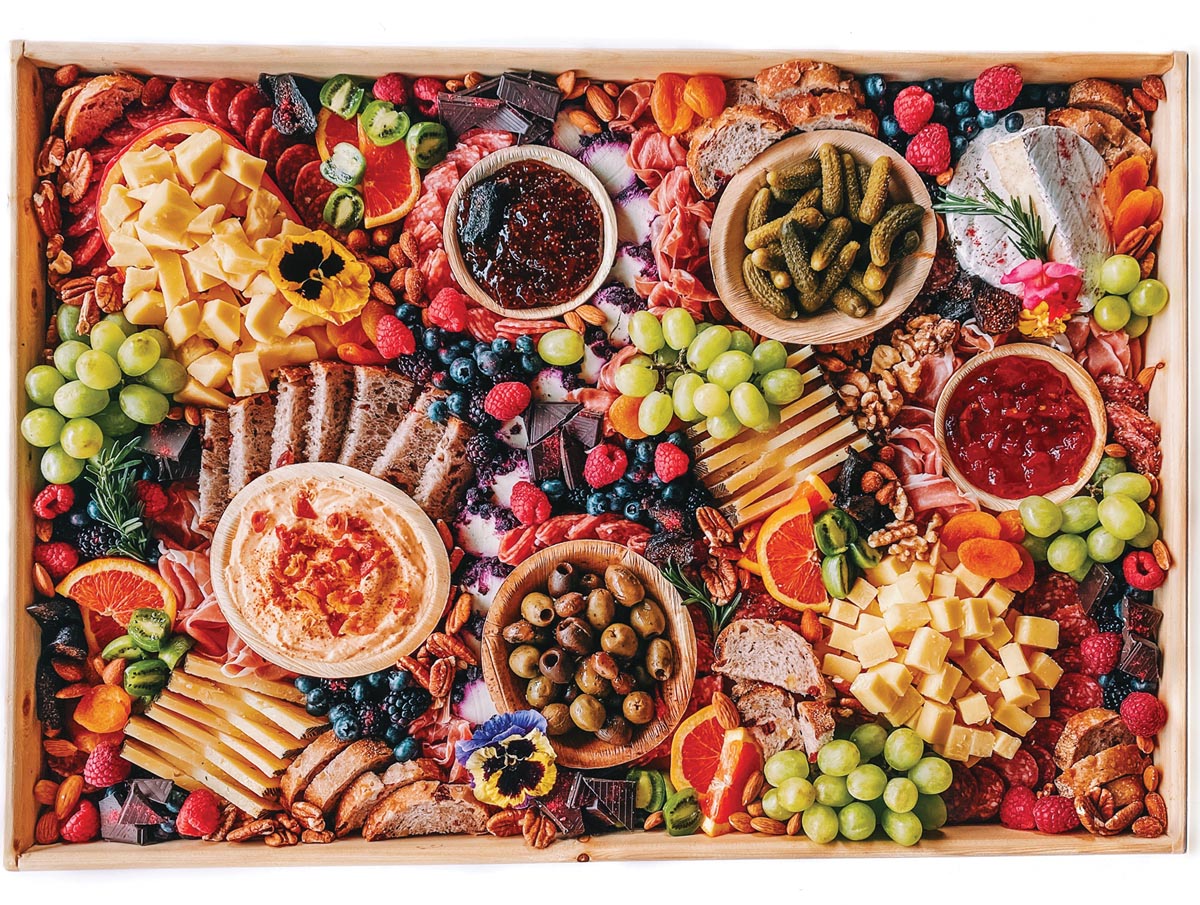 Noted Dallas chef Stephan Pyles is partnering with Fireside Pies on a menu of seasonal dishes with that special Pyles touch. Appetizers and mains include Smoked Tomato Gazpacho topped with Italian pico and garlic croutons, Chipotle Short Ribs with Pappardelle Noodles and Oaxacan Clayuda (a large flour tortilla topped with cumin-kissed black beans, queso fresco and avocado), plus several pizzas, including a Vietnamese rice paper pizza and a keto-adherent chicken crust pizza. The menu for dine-in and takeout is available in Dallas, Fort Worth and Grapevine.

More roundabouts mean more public art in Southlake as the city continues to beautify the roadways and embrace Europeans’ preferred method of improving traffic flow. (Yes, we know some of you prefer the old-school “Yield” and “Stop” signs.) Another one is in progress at Zena Rucker Road and Tower Boulevard just west of the Park Village shopping center. Mockingbird Tree by sculptor Michael Warrick already is in place there, along with landscaping, while construction continues. Warrick, 70, is based in Little Rock and was named a 2020 Living Treasure by the Arkansas Arts Council. His work can be seen in his home state as well as California, Colorado, Maine and, now, Texas. Mockingbird Tree is composed of stainless steel, bronze and gold leaf, all of which flash beautifully in the sun, and was inspired by a drawing done by the sculptor’s daughter years ago. It’s a fitting homage to the Texas state bird (an honor it shares with the state of Arkansas). 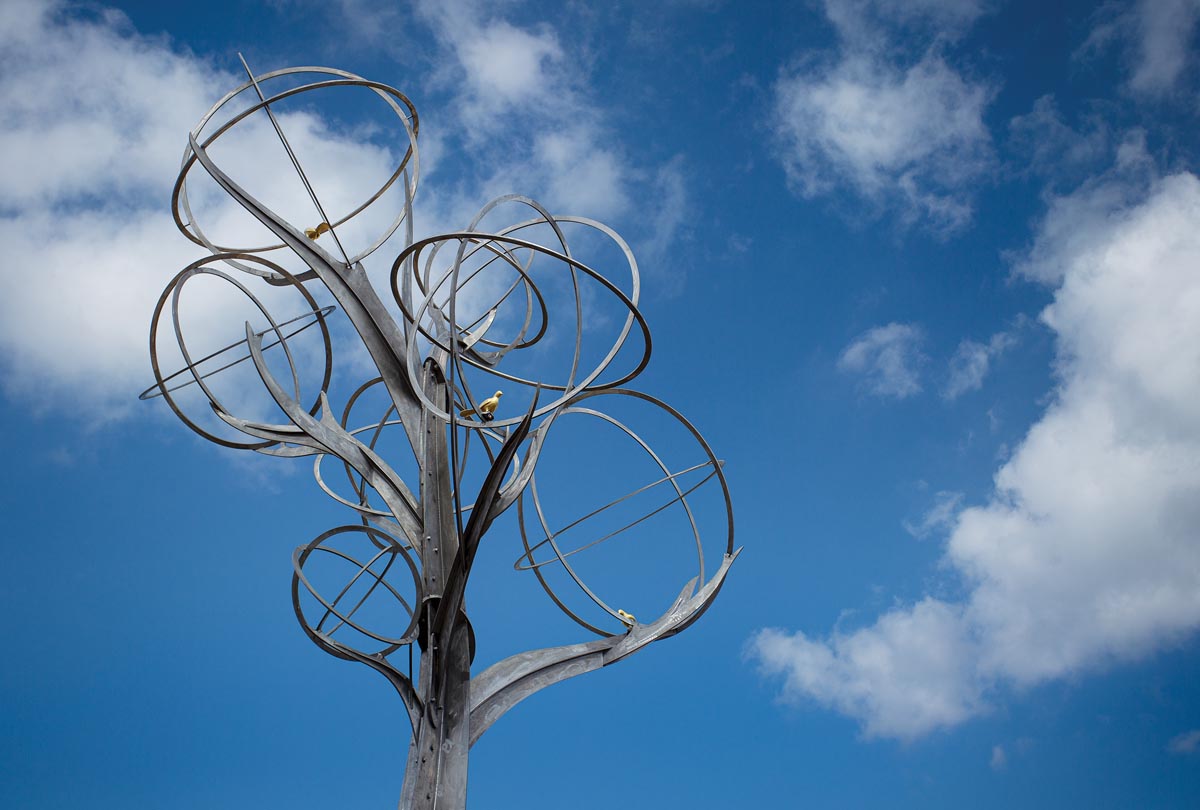 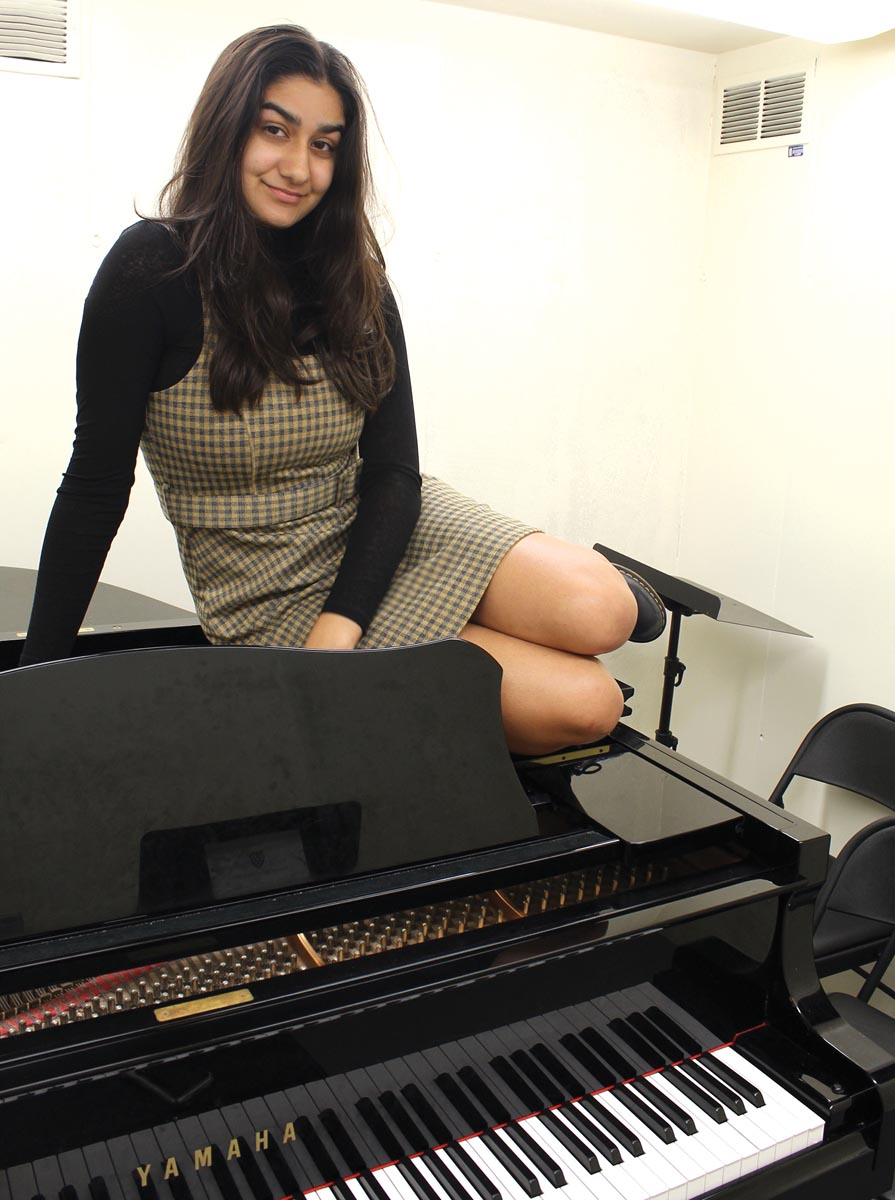 Hitting all the Notes

For Southlake native Soleil Singh, 18, winning a National Endowment for the Arts award in a songwriting challenge is a dream come true. “Since I was a little kid, I have always been writing and singing songs,” she says, “always writing down random words and hoping they rhymed.”

It wasn’t clear at first that musical theater was on Singh’s path, but the stage appealed to her from the time she played Pig Number One in a preschool production of The Three Little Pigs. Piano, singing and acting lessons merged into some professional performances, including with a Tony Award-winning company — all before she even had a driver’s license. “I was so lucky that my mom was always willing to drive me.”

Her academic studies at Walnut Grove and Carroll Middle segued into a high school years at the Booker T. Washington High School for the Performing and Visual Arts in Dallas. There, she already had begun writing her own musical when instructors familiar with the NEA competition encouraged her to apply. “I already had a song,” she says of the piece that she had written sitting at a piano. “As a girl of Asian-American descent, I thought it would be fun to poke fun at the stereotype of ‘tiger parents’— which neither of my parents are, by the way.”

She became one of 12 winners of the National Endowment for the Arts 2020 musical theater songwriting challenge with “Love in the Scene.” The song, about an aspiring actress pursuing a career in theater against her father’s wishes that she be an engineer, poked some tigers but won a lot of hearts. Now, the Yale freshman is working with Broadway professionals on producing the fun, quirky number that will be recorded by a Broadway singer and released on Spotify sometime in the spring. The dozen winning songs also will be compiled into a songbook available from Concord Theatricals. But as excited as Singh is about people being able to hear and download her song, she is even more stoked about having the sheet music published. “That means anybody who wants to use it will have access,” she says. For the young woman who is co-founder and president of a nonprofit dedicated to free music, education has real meaning.

Solnote began in Dallas, where Singh and a couple of friends decided to provide music instruction to children in foster homes and hospitals. “We started teaching kids in Dallas, and now Solnote has partners in New York, Los Angeles, Nashville and, recently, in Connecticut. We are trying to make music education accessible for everyone,” she says. “That’s what inspires me.”