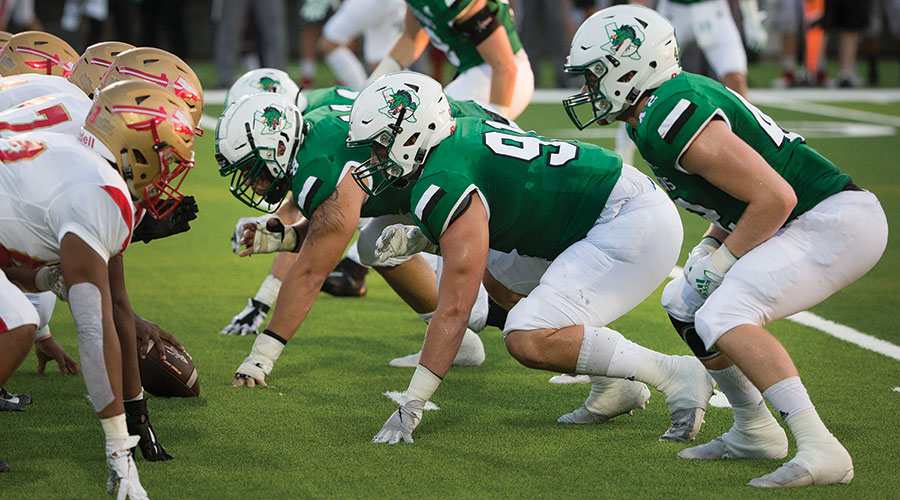 A young but able offensive unit is talented and confident. But will that be enough?

That’s not exactly the recipe for a successful season.

Yes, the Southlake Carroll Dragons are in serious rebuild mode on offense, but that’s hardly dampening their enthusiasm. The program has sustained itself throughout the years by replenishing with the talent who have made their way through the ranks and filled in for those who’ve come before.

The situation in 2020 may be a little more extreme, as only three offensive starters are back. Still, it’s well-covered ground, and there’s more anticipation than fret for this new wave of Dragons. 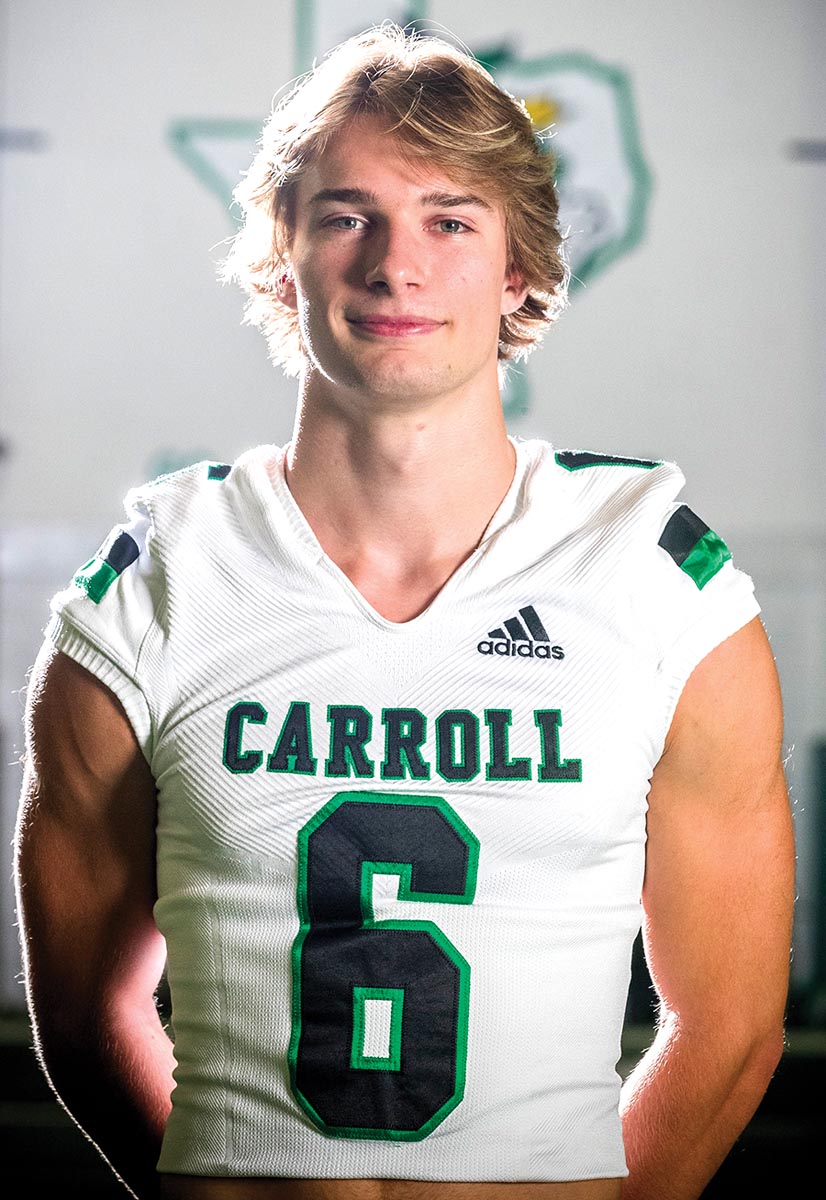 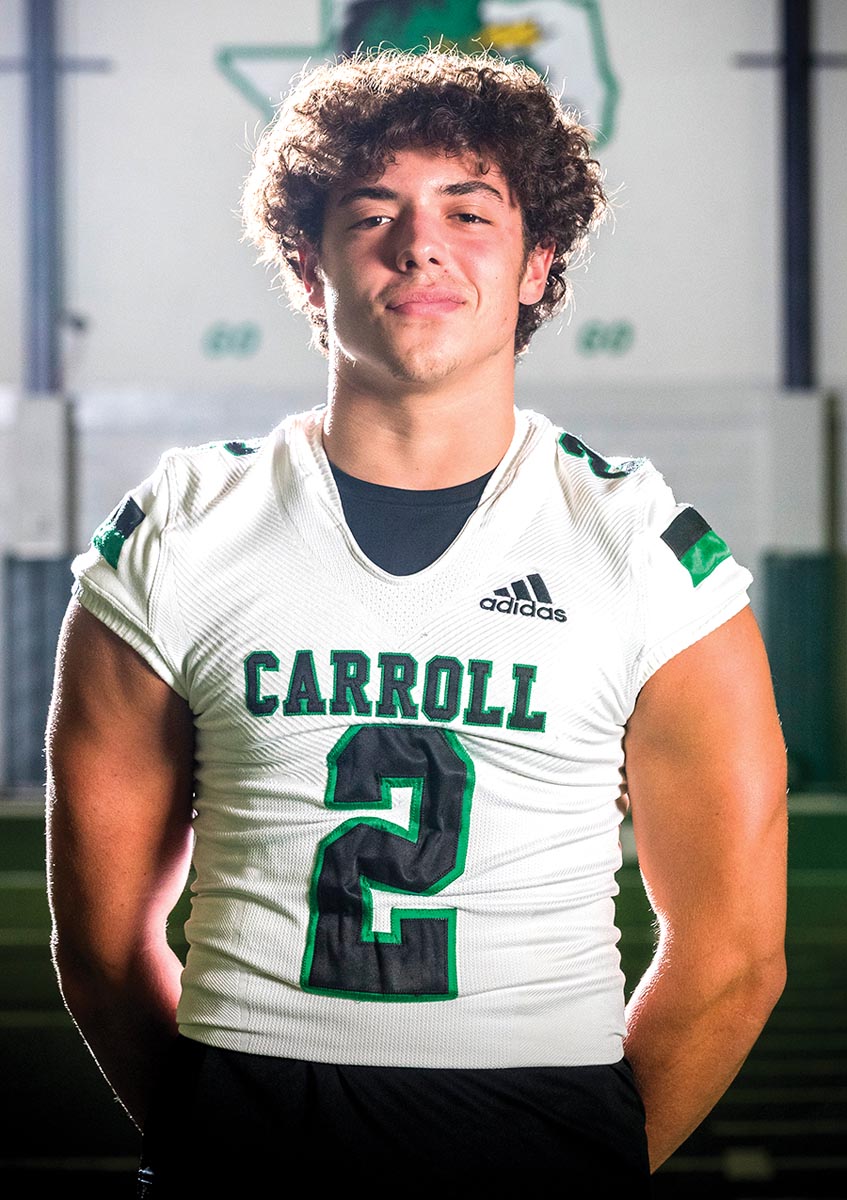 “I think people aren’t expecting as much out of the program as previous years,” says sophomore running back Owen Allen. “We lost a lot of seniors, all our starting defense left, but we’re ready to show people we’re good to go.”

Allen, one of three returning offensive starters, rushed for 1,266 yards and 23 touchdowns last season during a breakout freshman campaign. The other two — junior quarterback Quinn Ewers and senior receiver Brady Boyd — also put up big numbers. Ewers established himself as one of the top quarterbacks in the country, while Boyd, who plans to continue playing on the Big Ten stage at Minnesota next season, was second on the Dragons in receiving yards a season ago.

That trio forms the offensive nucleus for Carroll coach Riley Dodge to build another high-flying attack.

“We have three starters back — quarterback, running back and receiver,” says Dodge. “It starts in the backfield, so we’re blessed to have two positions filled, but with five new offensive linemen and three new receivers, it’ll be interesting. We’ll have some growing pains.”

And it’ll definitely take a group effort to fill the shoes of an impressive senior class that helped lead Carroll to a 26-2 record over the past two seasons. Just last year, the Dragons averaged nearly 46 points and 500 yards per game on offense.

Ewers is no stranger to his rebuilt receiving corps. He’s spent the unusual offseason working when possible with a bunch of pass catchers he has known going back to middle school. In addition to Boyd, Ewers has a history with fellow juniors Landon Samson and Josh Spaeth. 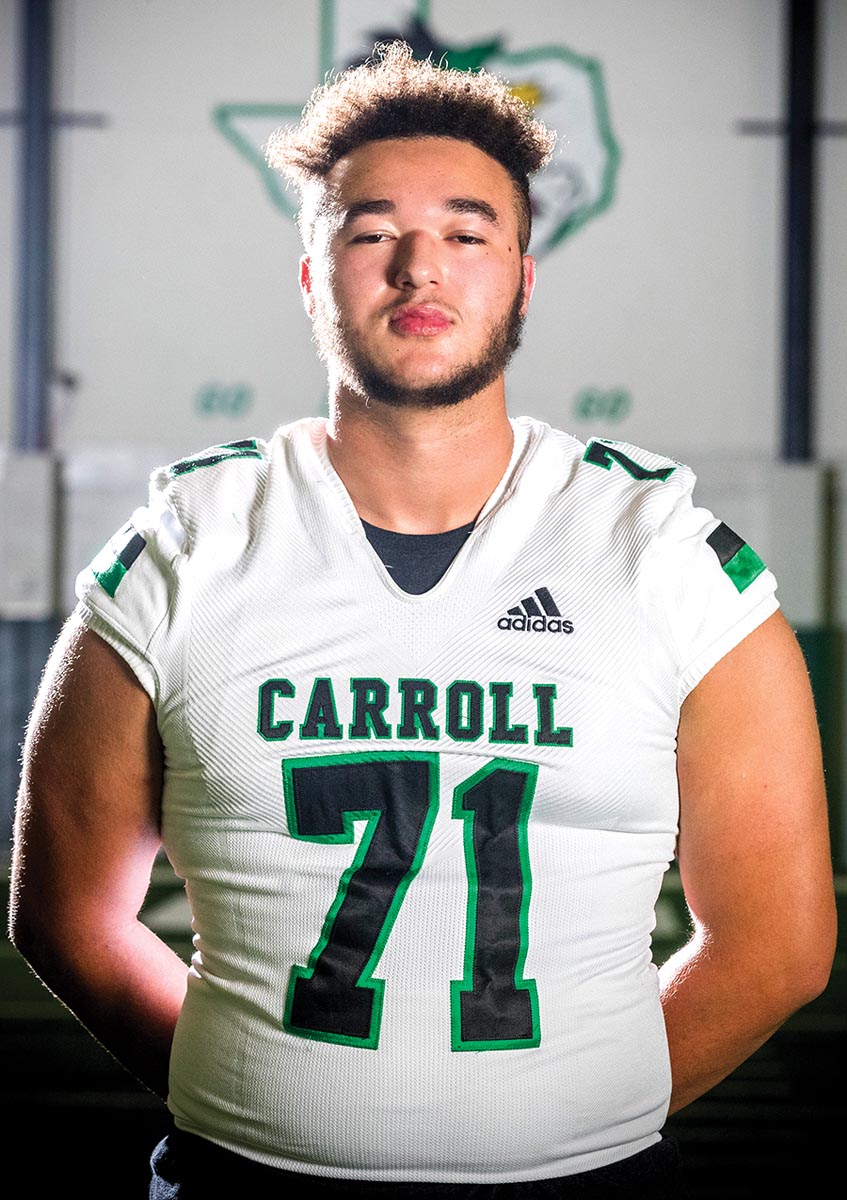 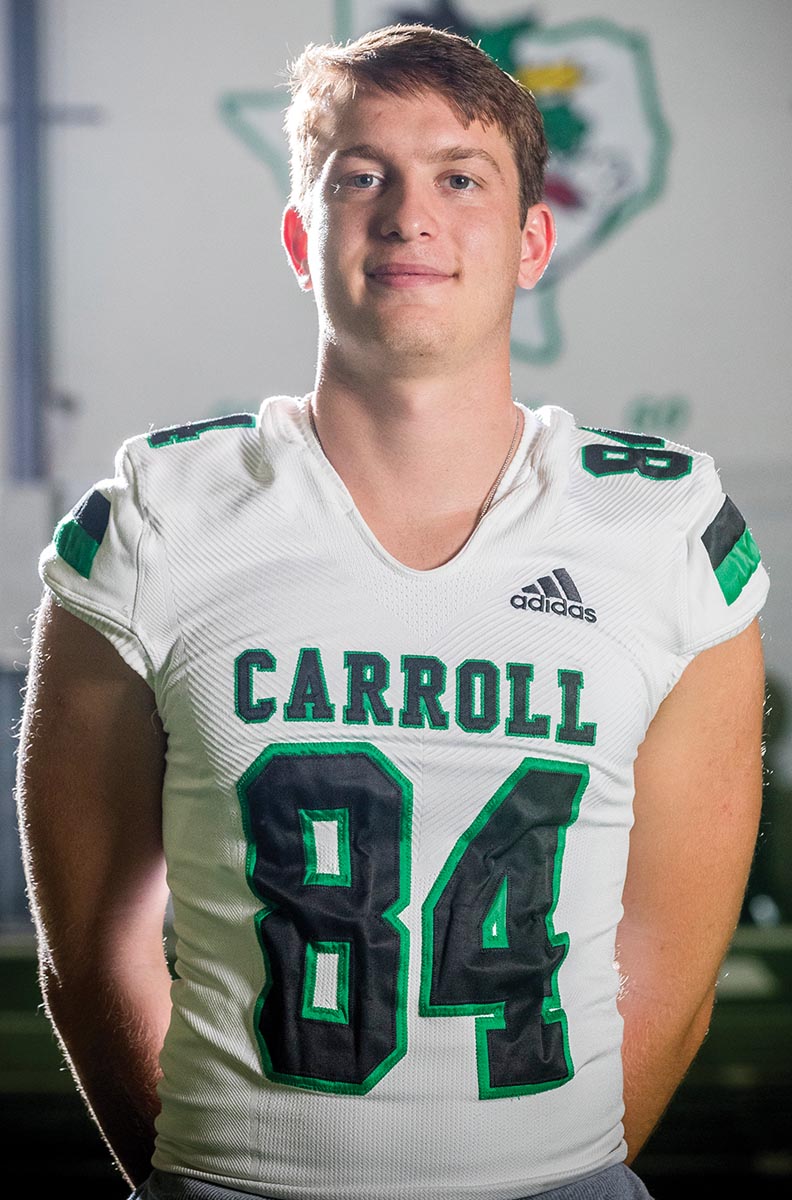 “I have confidence because I’ve played with a lot of those guys since sixth, seventh grade,” says Ewers. “We have that chemistry.”

Boyd totaled 66 catches for 972 yards and eight touchdowns in 2019, becoming one of the top recruits in the area. He’s a team leader and on-field crutch for Ewers. He’s also well aware of not trying to do too much despite the unit’s relative inexperience.

“We don’t look at it as pressure. We just try to do what we’re supposed to do, provide for the team. If we’re doing our job and everyone else is doing their jobs, we should have a good outcome.”

Ewers is the catalyst. The first-time starter announced his arrival on high school’s top level with 4,003 yards passing, 45 touchdowns and just three interceptions as a sophomore.

Ewers would love to add to his aerial assault by being more of a threat on the ground. He ran for 568 yards and nine scores last season and has set a goal for 800 yards rushing in 2020.

Dodge’s system and the expectations placed on Carroll quarterbacks weren’t too much for Ewers as a sophomore. Going into his second year as a starter, the learning curve isn’t nearly as steep.

“On the offensive side of the ball, we spent a lot of time in the summer building that trust with the quarterback and receivers with reps, reps and reps,” Dodge says. “We’re a lot further along than I thought we’d be, especially with what we do throwing the football. Our guys have to be very detailed with what they do and understand what we’re trying to accomplish in the passing game.”

The offensive line will feature five new starters. Dylan Anderson, Caden Niewolny and Joe Baker are among the newbies expected to keep Ewers upright and open up holes for Allen. 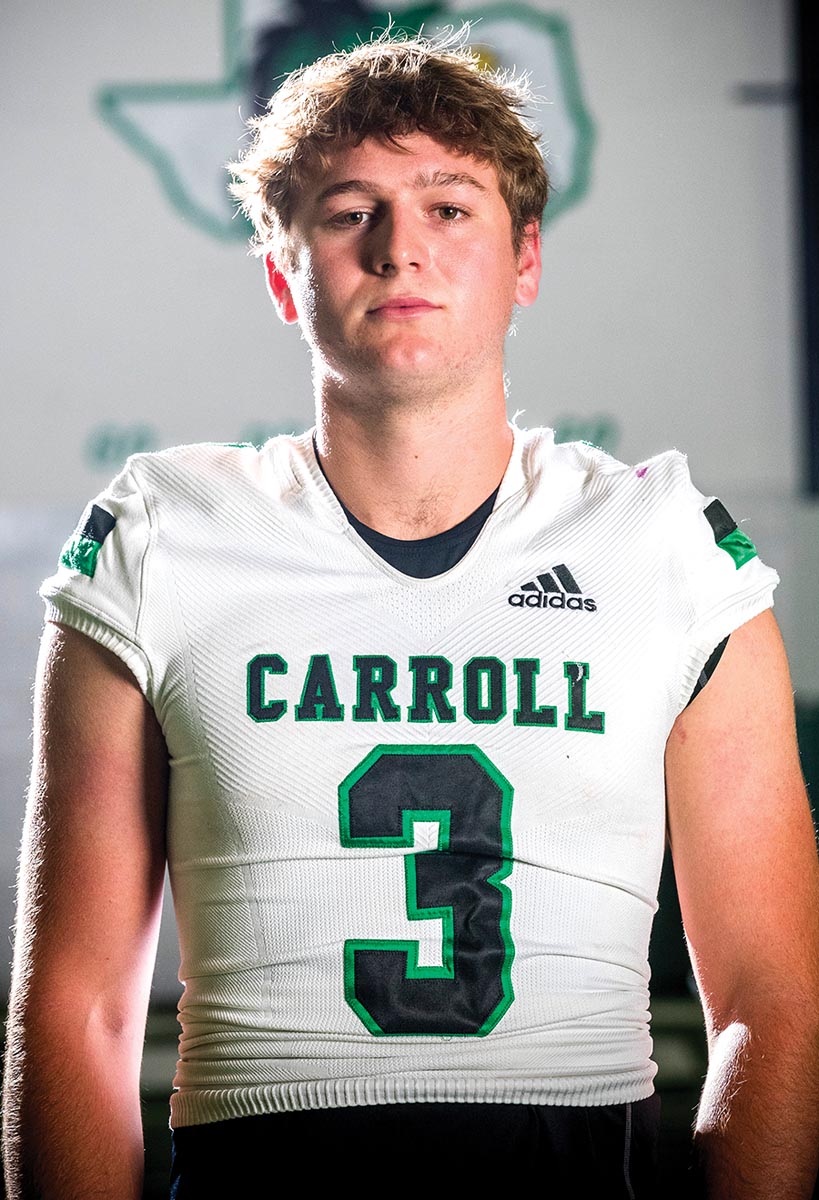 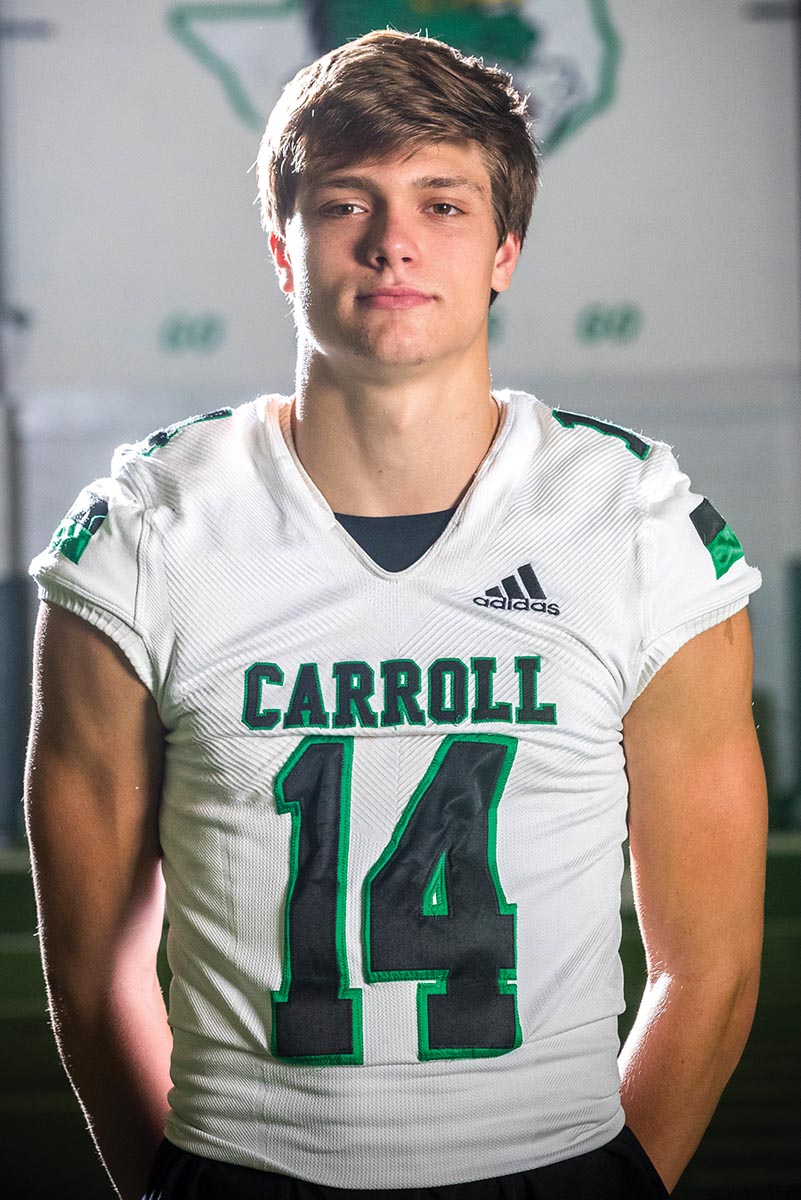 How good, is the question. The Dragons, regional finalists each of the last two seasons, are the odds-on favorites to win District 4-6A again and make another long playoff run.

“We want to go to state. This is the year to do it. We have so much talent on this team that I don’t think people are seeing yet or that other teams will be ready to contain or stop,” says Allen.