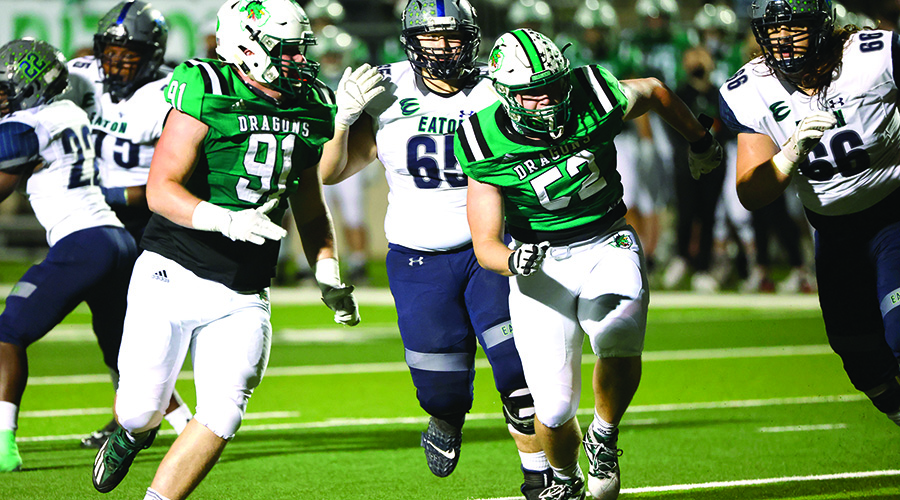 Whatever its direction, the Dragons’ path to the playoffs is a tough one

University Interscholastic League (UIL) district realignment for Texas high schools is a numbers game every two years. Enrollment has a profound effect on state high school playoffs, particularly in football, and 2022 is the first season of the usual two-year cycle.

Long runs into the playoffs are a staple for the Carroll Dragons. If the numbers don’t lie and form holds, Carroll is looking at a different postseason path — potentially. 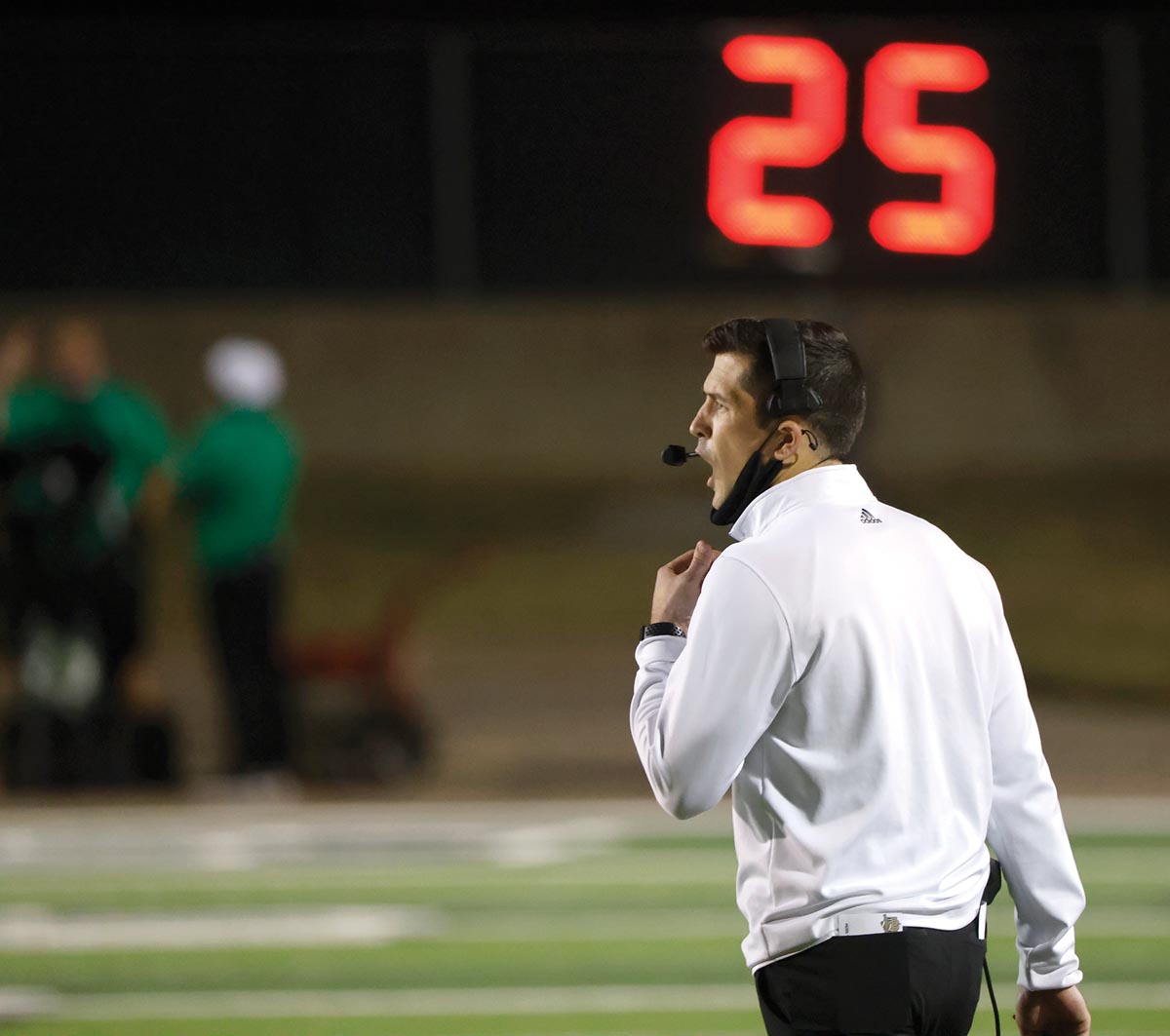 The Dragons, 14-1 state semifinalists in 2021, were leaped in enrollment by District 4-6A rival Haslet Eaton (2,988 students) in the latest realignment. Carroll (2,816) has the fourth-highest enrollment in the district behind Keller Timber Creek (3,230), Keller (3,180) and Haslet Eaton.

Chances favor Carroll moving to the Division II (or lower enrollment) bracket when, in November, Class 6A splits 128 playoff teams into 64 per bracket in Divisions I (higher enrollment) and D-II. Carroll was last a 6A/D-II team in 2017, finishing 10-4.

“I think it’s about 65 percent Carroll goes D-II,” says Matt Stepp, a Texas prep insider for Dave Campbell’s Texas Football. “The Keller schools are very evenly matched. If Fossil Ridge makes the playoffs, that would move Carroll to D-I. Either way, Carroll is a regional contender, with the D-I path being slightly tougher.”

It likely also means no potential playoff rematch for Carroll against Austin Westlake, which was coached by Todd Dodge, former Carroll coach and father of current Carroll coach Riley Dodge. In January 2021, the elder Dodge prevailed 52-34 to end the season and win the 2020 6A/D-I state championship. Todd Dodge retired after last season.

Westlake has bumped between the D-I and D-II playoffs three times since the UIL added Class 6A in 2014. For Carroll, the tradeoff instead might be tangling with the likes of Denton Guyer, Katy, Prosper, Rockwall-Heath, Tomball and, perhaps, Waco Midway. 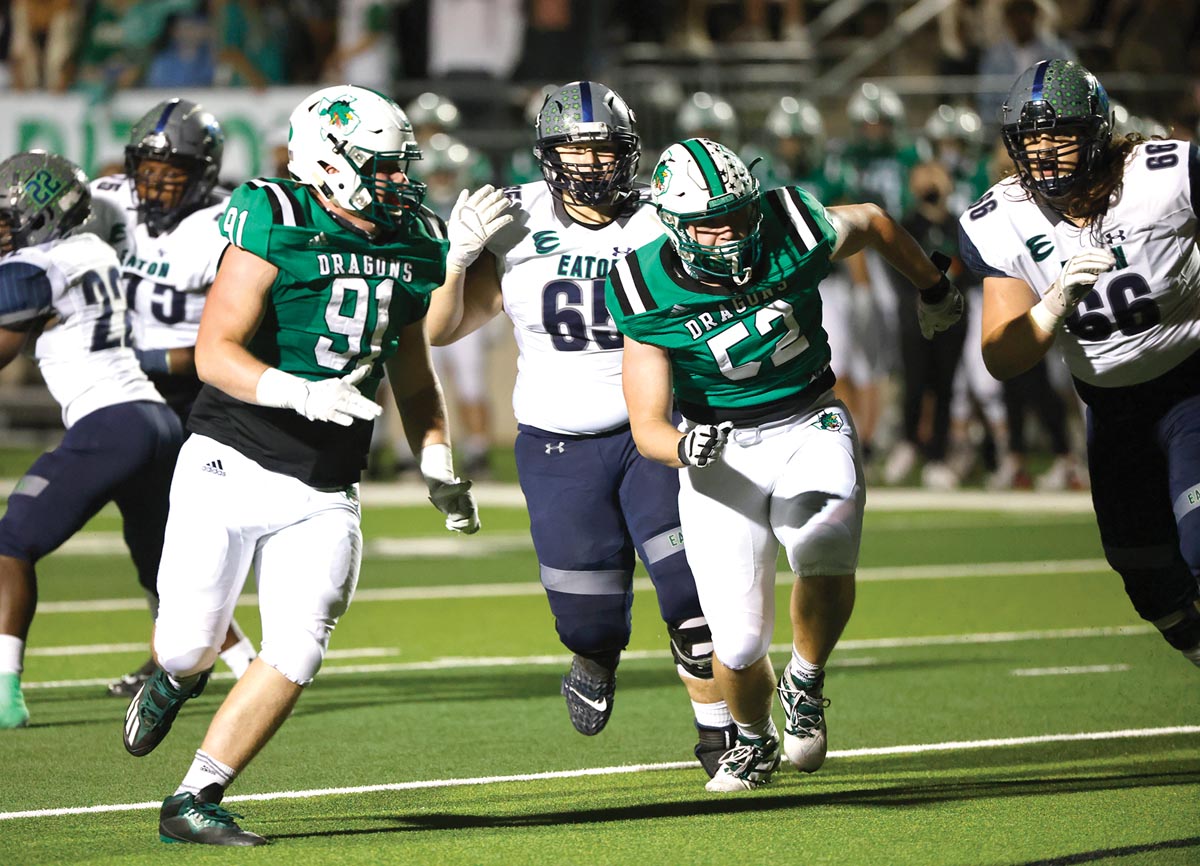 “Both routes are tough,” Riley Dodge says of the D-I and D-II brackets. “The D-I route is tougher, especially early. It used to be, 15 years ago, one route looked easier or vice versa. Right now, once you get into the third, fourth round, it’s like you’re in the SEC West. Once you’re in the semifinals, it doesn’t matter. You have to play well, get lucky and stay healthy.”

Seven of 10 teams in the 2022 Dave Campbell’s Texas Football/Associated Press preseason 6A rankings were D-I playoff teams in 2021, including Carroll. No. 1 Westlake will likely go from D-II to D-I, despite the third-highest enrollment in its district.

The D-I bracket shapes up as a potential nightmare, with No. 2 North Shore, No. 4 Duncanville, No. 7 Lake Travis, No. 8 DeSoto, No. 9 Spring Westfield and No. 10 Rockwall.

No. 3 Carroll, No. 5 Katy and No. 6 Guyer could all head to the D-II side. Nothing is set in stone. If dark horses in 4-6A with enrollments lower than Carroll — perhaps Fossil Ridge, Trophy Club Byron Nelson, Keller Central or Haltom — crowd into the playoffs, Carroll would be D-I bound. It’s there that the Dragons have lost to Duncanville in three out of the past four years.

“You look at Allen, and they have close to 7,000 students and Duncanville around 6,000,” says Dodge. “It would definitely be a little more balanced for us in the D-II ranks, numbers-wise. Bottom line is we have to take care of the non-district, see where we’re at, then have a great district and see what happens.”