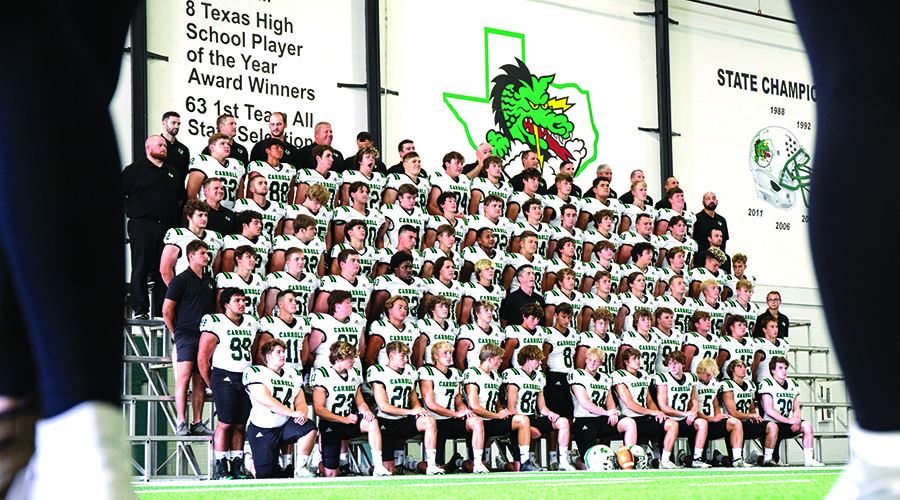 The Carroll Dragons don’t have the same quandary they had in 2020, when all 11 defensive starters from 2019 needed replacing.

It’s more like nine this time, and non-district matchups against El Paso Eastwood, Flower Mound Marcus and Cedar Hill should reveal much before District 4-6A play begins mid-September. Offensively, a fourth-year running back, a second-year quarterback, an experienced new-No. 1 receiver, a veteran-led offensive line and two towering tight ends should provide adequate fireworks. 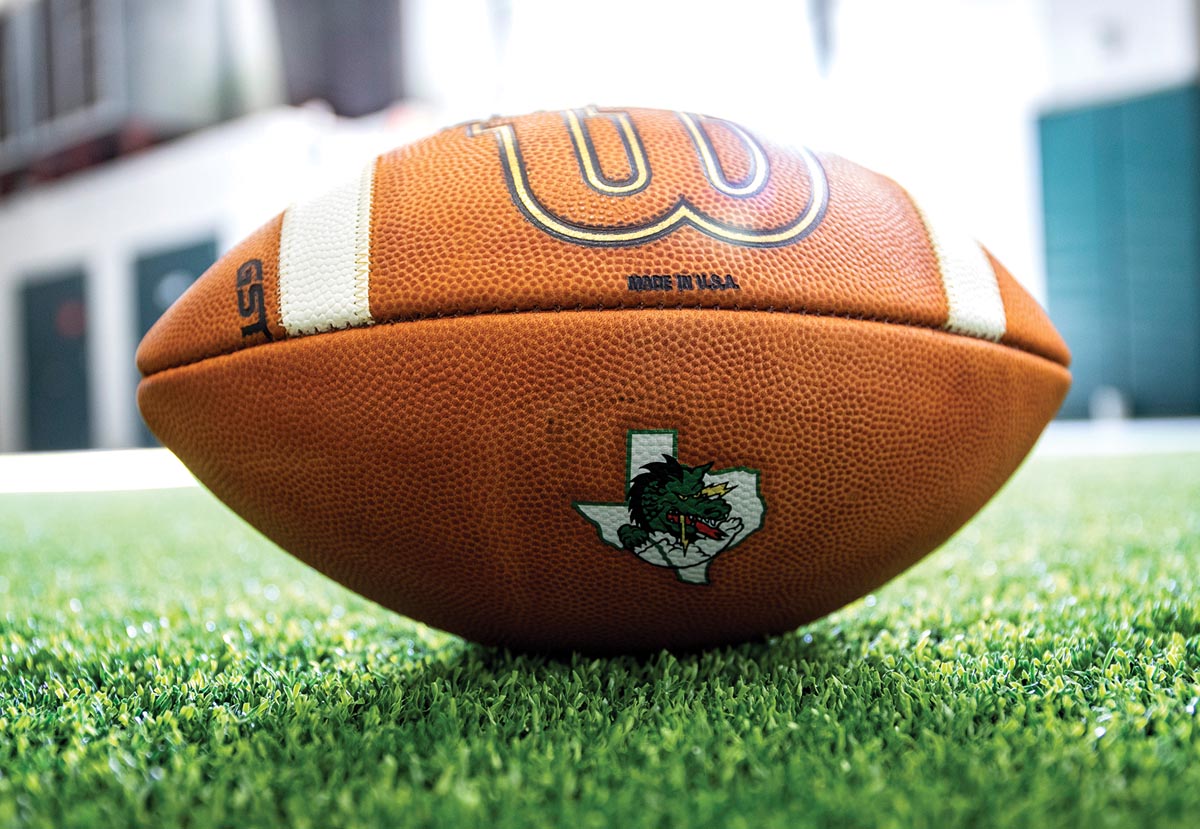 Speed, power and pass-catching ability — that’s Allen in a nutshell, and he’s basically a defensive nightmare. With more than 5,400 yards and 83 touchdowns rushing in three seasons, where do you begin? Put talented players around him as Carroll has, and bad goes to worse for foes.

“He’s always found one or two things to work on every offseason,” Dragons coach Riley Dodge says of Allen. “He takes our coaching, the good, bad and ugly, and applies it. I’m expecting big things out of him.”

A year ago, Anderson (3,036 yards, 34 TDs passing, 7 TDs rushing) was coming off a repaired ACL when he was tapped to replace Quinn Ewers, who opted out of his senior season. From that fall camp to this year, Dodge says, Anderson is “night and day.”

“He had an unbelievable spring,” says Dodge, 52-5 in four seasons at Carroll. “He has snaps under his belt, and he’s healthy. He’s very athletic and will be able to showcase that this year.” Hall (6 foot 3, 295) started 15 games at left guard, and all things on the offensive line “kind of run through him,” Dodge says. Two top receivers graduated, but Jordan (45 catches, 470 yards) is now option No. 1. He, Clayton Wayland and the versatile Lehman are favorite targets. Tight ends Moore (6 foot 5, 245) and VanDorselaer (6 foot 5, 225) add further intrigue.

“Schematically, as far as run/pass, we’ll be the same,” Dodge says. “With our tight ends, we’ll be a little different formation-wise. It’s a deep, solid group of receivers. A heavy junior room.”

Lehman (858 all-purpose yards) won’t simply be Allen’s backup. He will move more around the offense and create chaos. “I don’t want him sitting on the sideline,” Dodge says. “He’s too versatile to just be called a backup running back.”

Seniors Parks and Anderson have started since they were sophomores and have run both ends of the defense. The “twitchy” Scherp played in every game last season and closed the learning gap fast. His impact will be felt. Several backups will move into starting roles. Non-district will be a time of identity-forging.

“We’re lucky Parks and Anderson have played this long,” defensive coordinator Lee Munn says. “We’ll have to find out early on in camp how we learn to play together as a unit. You learn to trust the guy next to you to make the play and not do it all yourself.”

Parks moves between DE and DT on either side, and plays NT in a stack set. Scherp is transitioning from more of a hybrid role to a purer LB. His instinct stands out, Munn says.

“[Parks] is kind of our Swiss Army knife,” Munn adds.

Lehman averaged 27.4 yards per kickoff return last season and could take on additional punt return work with Jordan’s value increasing as a No. 1 receiver. Jordan returned 15 punts a year ago.