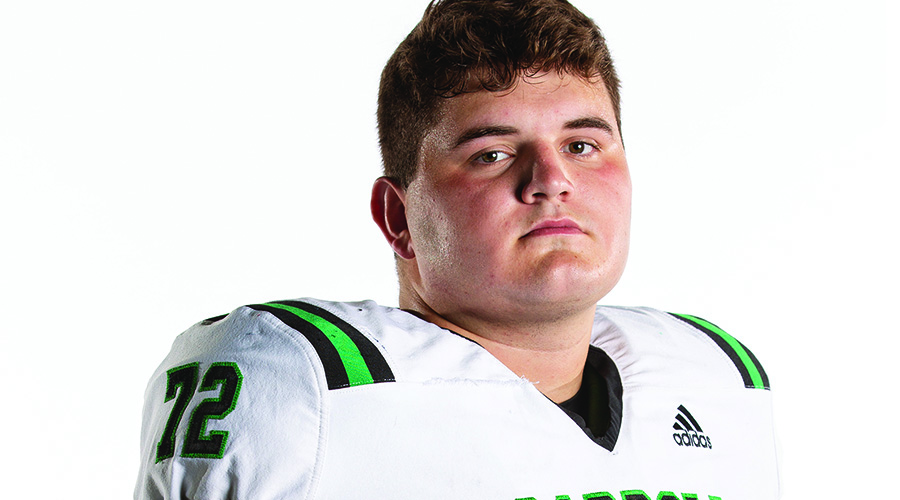 Jake Hall hasn’t matched his dad’s peak strength … yet. After all, it’s not an easy feat when you consider Scott Hall used to participate in the World’s Strongest Man competitions.

“I’ve seen pictures of him pulling firetrucks and stuff,” the younger Hall says, smiling. “He used to bench 600 pounds and squat 900 pounds and all of that.”

Jake Hall may not match those numbers in the weight room yet, but the strength genes have been passed down. Just turn on the film from a Carroll game last season and you’ll likely see No. 72 (Hall) paving a running lane or protecting the pocket.

“We like pancakes,” says Hall, referring to blocks where an offensive lineman completely takes a defensive player out of the play. “That’s our whole bit.” 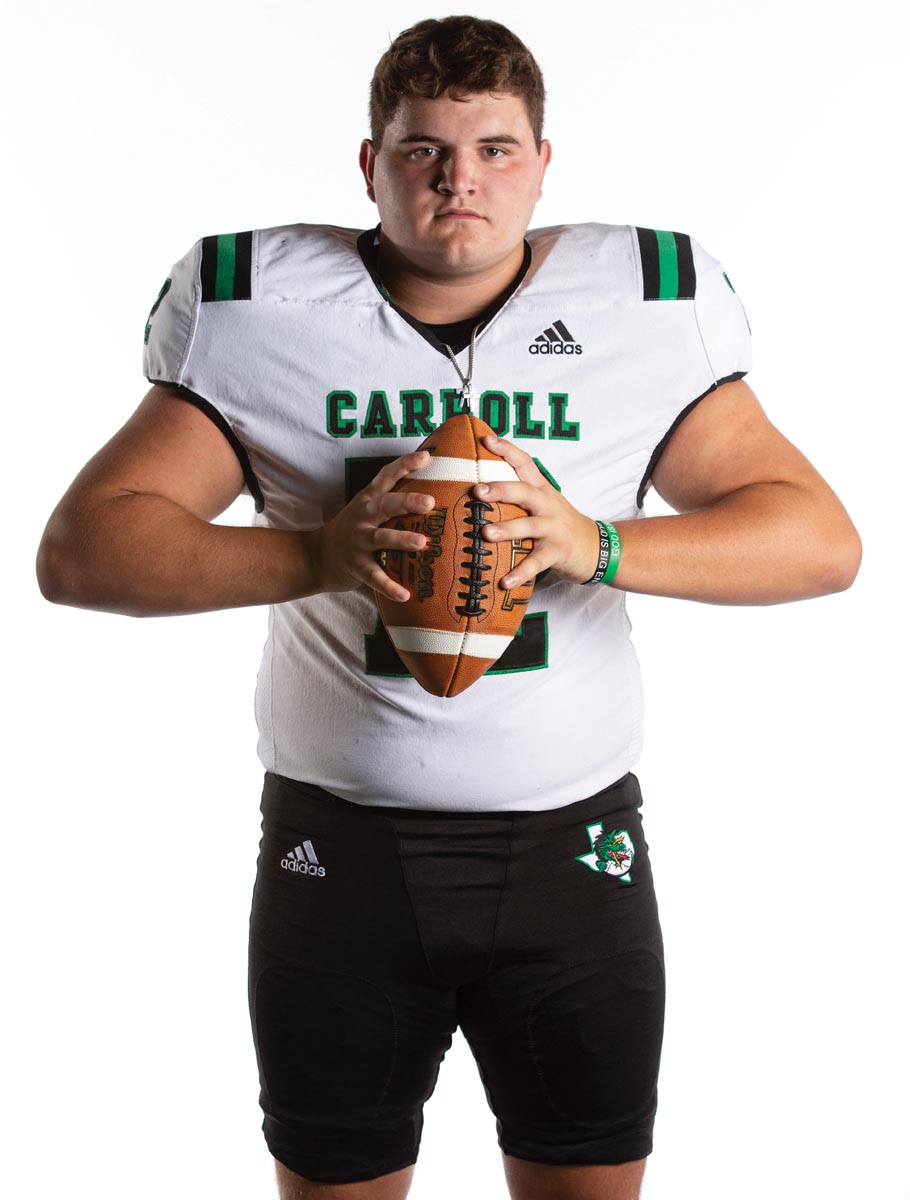 Dragons coach Riley Dodge described Hall’s 2021 junior season as “unbelievable.” He started all 15 games for a team that had one of the most explosive offenses in the state.

Now Hall has emerged as one of the senior leaders going into the 2022 season and is looking to close out his high school career with another banner season.

“I like stepping in as kind of the leader of the group,” says Hall, who checks in at 6 foot 3, 295 pounds. “We like to call ourselves the bell cows. We like to show the other guys the pace we play at and how to have the will to win.”

“Winning” has become synonymous with “Dragons” over the years. In Dodge’s first four seasons, the program hasn’t slowed down, winning 13, 13, 12 and 14 games.

A significant reason is the program produces players such as Hall, who go from being contributors to starters to leaders. Dodge couldn’t be more excited about this year’s senior corps. “It’s a group who has played a lot of football,” Dodge says. “The guys we’re counting on going from juniors to seniors, the class and camaraderie is at a really high level, one of the highest I’ve been around since I’ve been here.”

The hope is that this translates to continued success on Friday nights. For Hall, it’s been a promising offseason to date.

“We’ve come together as a group more this year than in years before,” says Hall, who models his game after Dallas Cowboys All-Pro right guard Zack Martin. “We’re really excited. I think we’re going to go really far.”

Much of that is dependent on Hall and the O-line maintaining their level of play. The Dragons offense returns a running back, Owen Allen, who rushed for 2,145 yards and 32 touchdowns, and a quarterback, Kaden Anderson, who threw for more than 3,000 yards and 34 TDs.

It all starts up front with guys such as Hall creating running lanes for Allen and giving Anderson time to go through his progressions. “We expected a lot out of our O-line this year,” Dodge says. “We have some super-talented guys back, and it kind of runs through [Hall] a little bit. He’s definitely the voice up front.