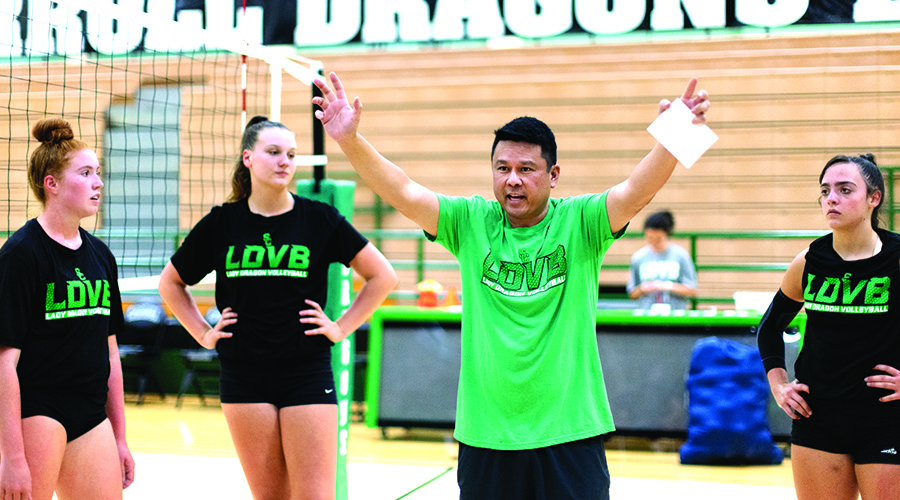 The district made a splash hire this offseason, bringing in Jason Tanaka to run the program. Tanaka is a longtime college coach, serving as an assistant at TCU (2002-14) and most recently SMU (2015-21) before taking over the Dragons. 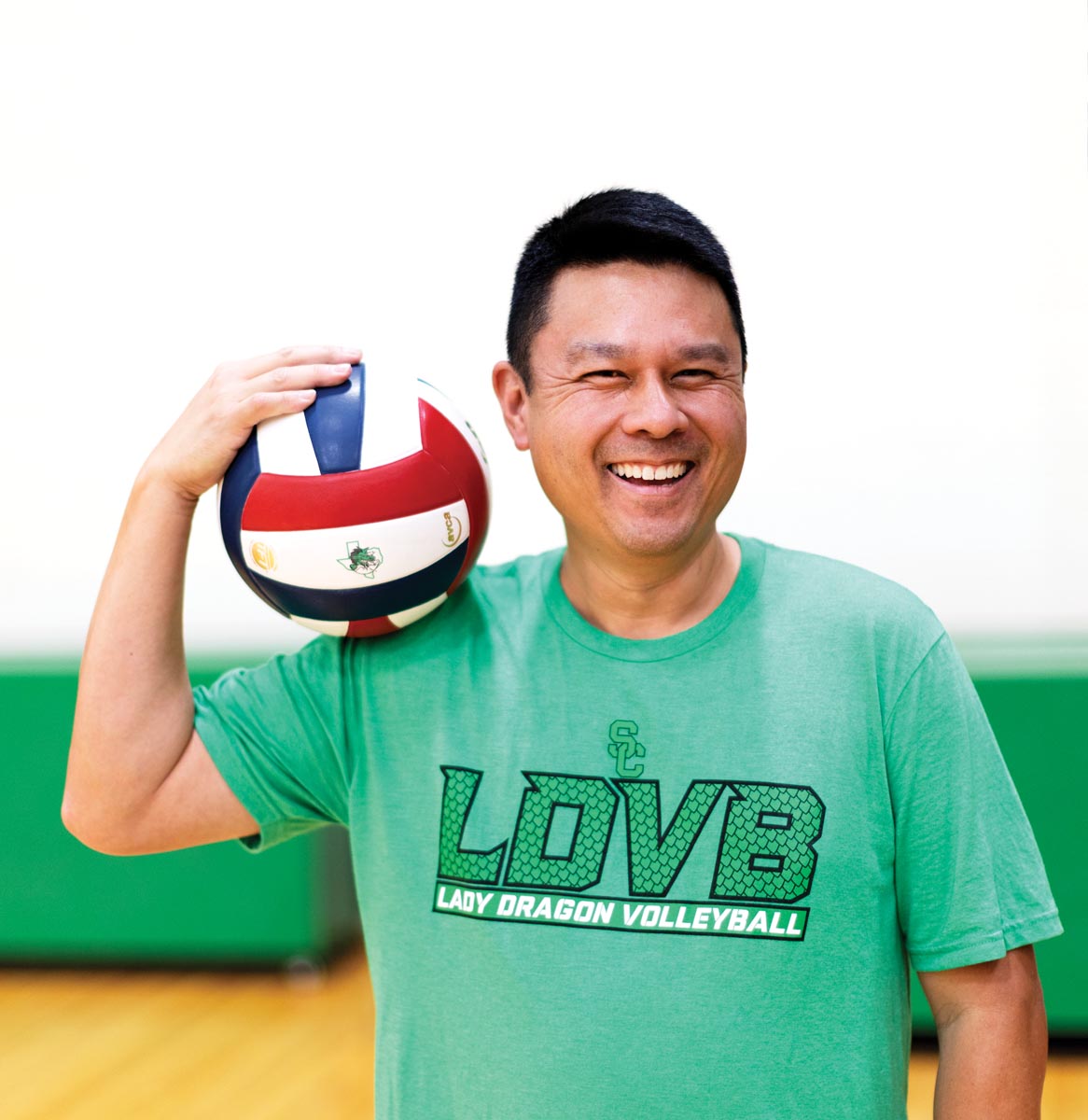 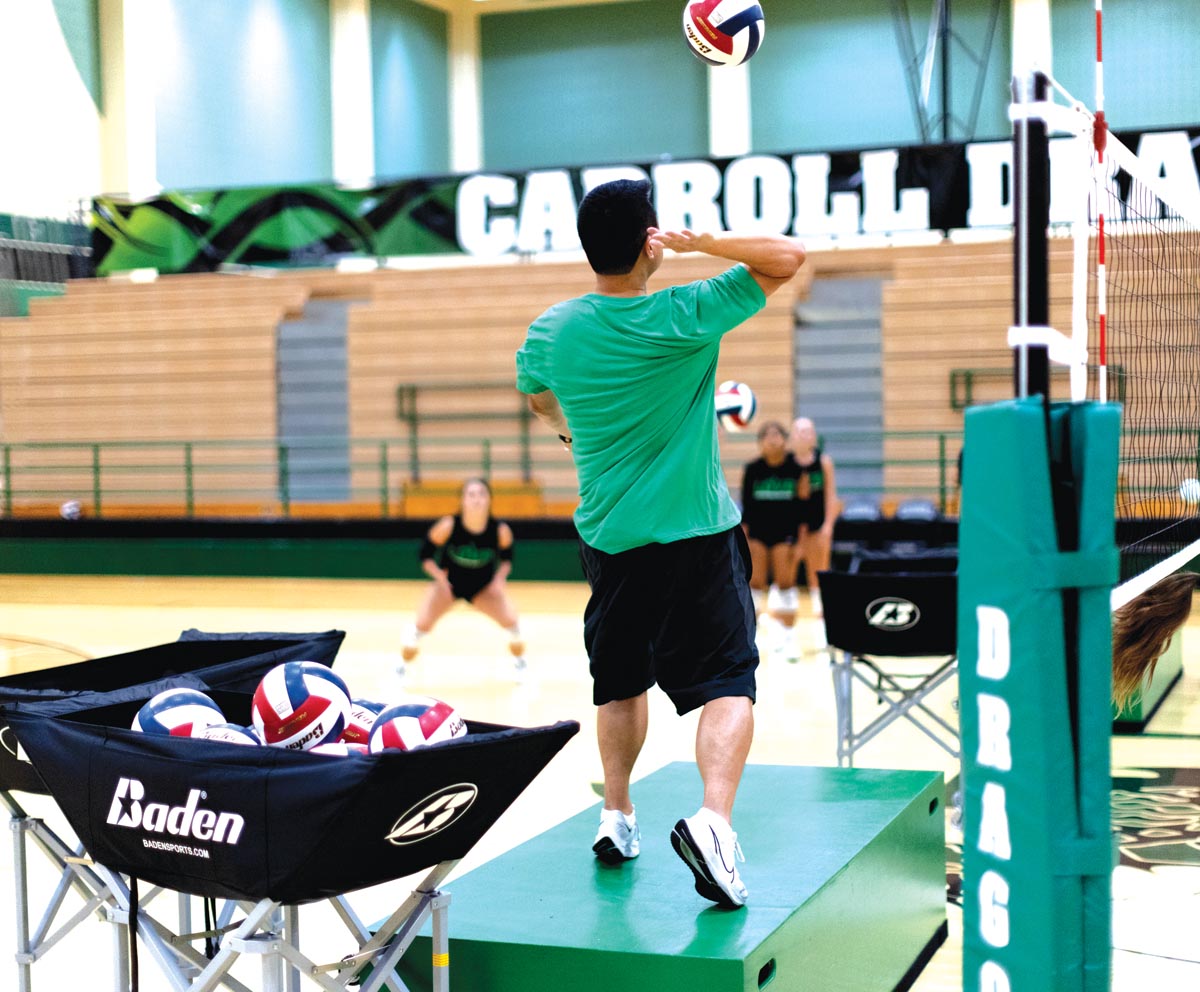 Jason Tanaka brings a detail-oriented style of coaching to the Southlake volleyball program.

“It’s been incredibly smooth,” says Young. “He cares so much about this program and has poured so much into us already. He’s a very detail-oriented coach, and we all get better every single day in practice.”

Tanaka wouldn’t argue with her description of his work style. He considers himself a technical coach, one who wants to train his players to understand the reasoning behind each decision. Every move on the court should be done with a purpose, whether it’s where a pass is placed or how players present themselves on defense.

However, Tanaka says, there will be mistakes and errors along the way. It’s a process, after all.

“What they hear a lot is that I want them to get 1 or 2 percent better every day,” he says. “I’m not trying to get them to jump 50 percent from last week. That’s not going to happen.

“And they’re allowed to make mistakes. You learn from your mistakes. I encourage them in practice to go as hard as they can. It’s OK if they have a hitting error, if they have a passing error. I encourage them to make the right move, but I want them to understand what they’re doing. Until they understand what they’re doing, they can’t fix the error.”

Tanaka expanded on his coaching philosophy, saying: “You’re going to feel uncomfortable to feel comfortable in situations to make you better.” As far as taking over at Carroll, Tanaka felt it was a great opportunity for him to run his own program as well as stay in an area that has plenty of volleyball talent. 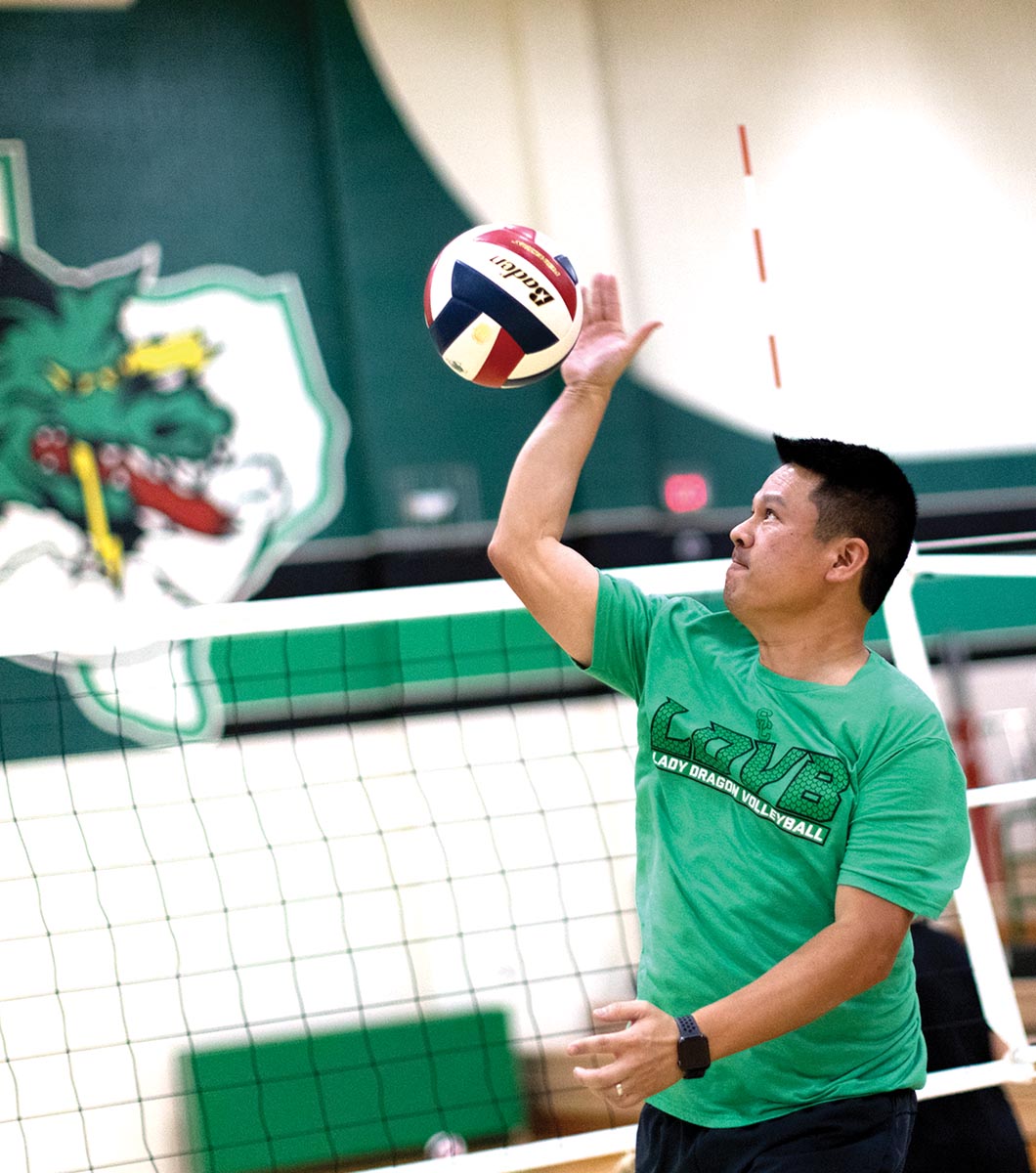 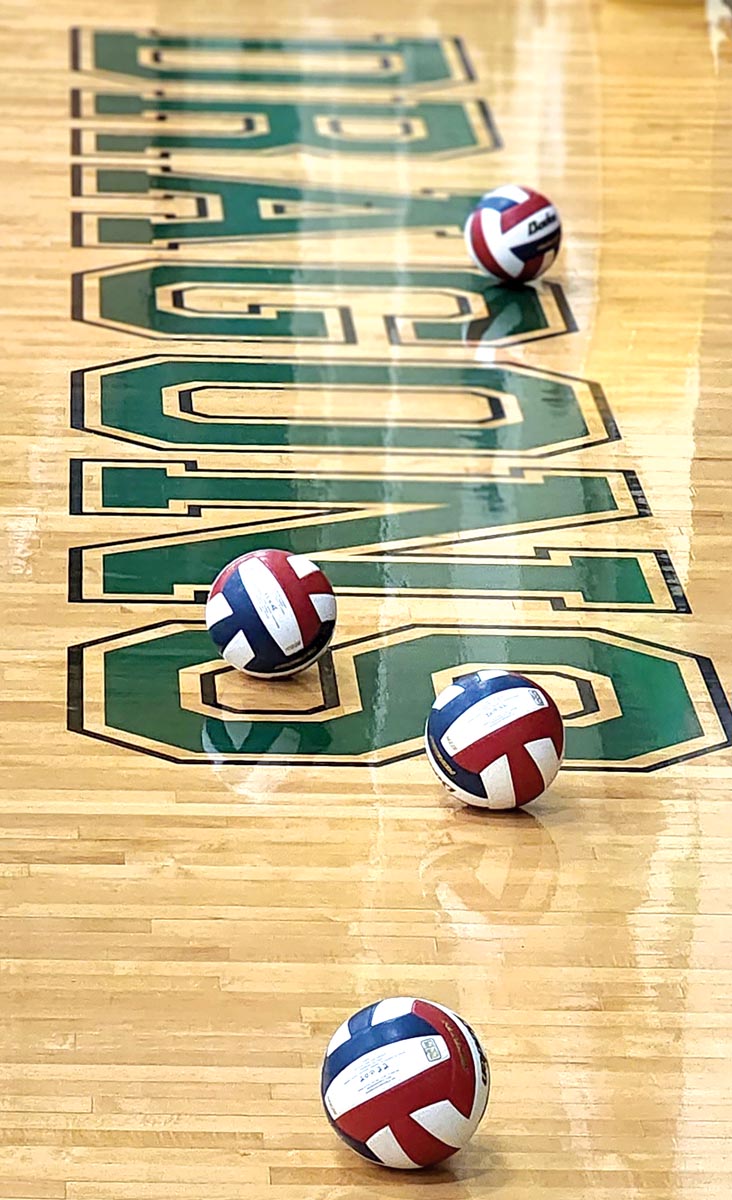 At TCU, Tanaka recruited several players from Carroll over the years, including Anna Vaughn, Skye Tacker and Sutton Sunstrum.

“I feel very fortunate that the community in Southlake really likes and cares about volleyball.”

For now, it’s about the upcoming season. The Dragons are coming off a season in which they went 26-17, finishing third in District 4-6A.

They have the talent to improve on that with players such as Young and junior libero Caleigh King on the roster.

“We have a really strong group. The sky is the limit for this team,” Young says. “We’re gonna do great things.”

Asked about her message to the Southlake faithful, Young adds: “I’d tell Southlake fans to get excited. We have a very hardworking, enthusiastic group of players and coaches. They can expect some very competitive matches this season.”

King is cranking those expectations up a notch. “This season, Lady Dragons volleyball is going to be phenomenal,” King says. “We have such determination as a team, on and off the court. Our biggest strengths are our perseverance, passion and grit. The potential of this team is through the roof.

“Our team is on track to go to state.” 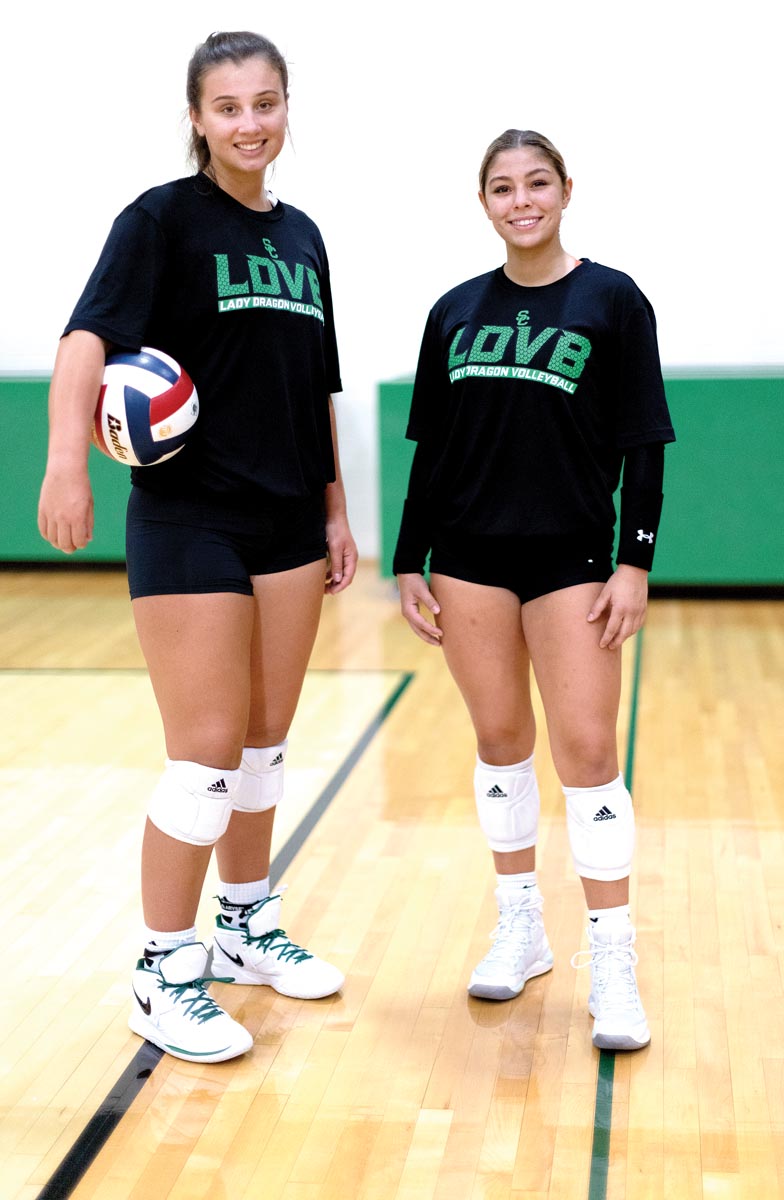 Senior Kaylee Young, left, and junior Caleigh King expect to do “great things” on the volleyball court this season.